Video Game consoles you have!

Video Game consoles you have! Choose what you have!!! 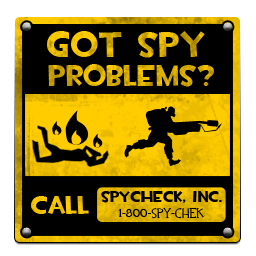 Well, I used to have a ps1, but it broke a long time ago because a friend accidentally pulled the controller too hard, even the disc that was in there jumped out of the console .w.
And I just recently sold my ps2.
I still have a wii, but only with 2 games

ALL OF DEM! Except wii u, original ps, Xbox 1 (which I’m gonna get with my first 2 paychecks)and original xbox. You also forgot sega, yungun. Oh and I dont have the original xbox or the PS4

1st time i played on xbox360… 007 legends and i just couldn’t control the damn gun, it kept popping right into the air

Why would you need anything other than a PC

Make an edit to the poll. I’m getting the Xbox 1

that’s what we played on in the 80’s
Until this was released:

I’ve played with those a lot as a kid. There was a version of that where it was on a pen and a smaller screen.

Good old times, I just found this video which brought back some good memories. Only I played it in black&white

Good old times, I just found this video which brought back some good memories. Only I played it in black&white

I want my Classic 1980s Nintendo Entertainment System Deluxe on the poll right now. Or else.

I have a Gameboy color,gameboy advance,nintendo ds,nintendo3DS XL, a gamecube, a Wii and a nintendo 64.
Lost all games for the gameboy color and advance,don’t really need my normal DS lite because I have a 3DS,gamecube is broken but I still own it,sometimes play Wii and rarely play Nintendo 64 eventho I have like 30 games.
NINTENDO for the WIN

I also have a Xbox,a pc and a PS3, I never play PS3 or Xbox because I hate them.
And of course a PC.