Hello young gentleman and ladies. As some of you know I was banned for using the "no babel" glitch to my advantage yesterday. Out of curiosity I today reconstructed what I did yesterday and found out the source of the glitch. I don't wish to share this with the entire forum, because I don't want people purposefully recreating the glitch now that I've found it's not just a "rare occurrence" but a very predictable occurrence and is also apparently now a bannable offense. So is there an admin that is capable of writing scripts that could attempt to patch this glitch? I thought maybe MuffinTastic was capable, but wasn't sure. But if any admin has this skillset, I can PM them personally and give them the details of how to recreate the glitch 100% of the time so they can try to find a way to patch it. 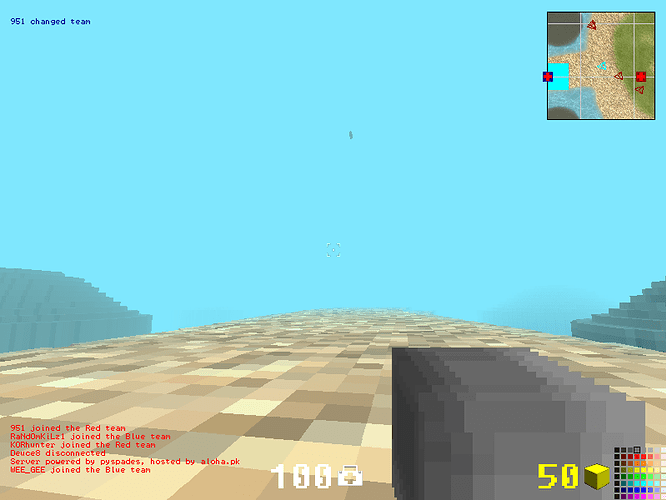 Yea sure, throw me a PM.

I want to keep the knowledge to literally only one or two admins at most. I don’t want people even accidentally slipping and making the knowledge commonplace. Are you able to script? I was told by another admin to PM danke, br, or muffin. I’m assuming that’s because they are one of the only ones able to script?

Yes I am able to script.

Can you confirm if moofin is able to script?

Can you confirm if moofin is able to script?

I’m sorry, I can’t answer that.

Okay, thanks anyways. I’ll just PM him I guess. v_v

I could script it as well, but you cannot choose who can script this or not. It will be required that all the admins will know how it works regardless if you want it “limited” or not. The staff needs to know how glitches work so we can use that as evidence, and by you being childish with refusing to PM this to Colorpinpoint because he is “mean”, you could possibly be affecting our ability to be able to work with this. This is a very important piece of information that can be used to decide whether someone is glitching or using ESP.

I think you forget I’m holding the cards here… Calling me “childish” isn’t a good way to get people to cooperate. Just sayin’
Keep up this hogwash and I’ll only tell my comrades dd and kiki.

On a serious note, I’d rather just start off discussing it with one admin who actually is capable of scripting and see if it’s even patchable. At that point whether it is or isn’t then they can feel free to inform the other admins how it works. I don’t want a bunch of “non able to script” admins chiming in and just adding red tape and opinions in the beginning discussions.

You can feel free to PM me with whatever information you have. It won’t go anywhere beyond where it’s necessary. And to be honest, once one staff member knows, I’m sure he/she will ask more than one for additional input. Along with that, I’m sure that quite a few members would want to see the patch that’s being put onto the server…

So you know how to script? Like I said, I have no problem with the admin spreading the information afterwards, but I’d prefer if the initial discussion was kept between just the two of us while I explain the glitch and they go over whether it’s actually patchable or not.

So you know how to script?

Even though I could simply lie and say yes… no, I don’t have much experience with scripting for AoS.

On the flip side, I do know a lot of people who do script!
And to reiterate,

It won’t go anywhere beyond where it’s necessary.

If you want someone who scripts simply because you’re personally interested in what happens with the glitch, that’s no big deal either. We don’t necessarily have to keep you in the dark if you give it to a non-scripter…

The choice is yours though I guess.

Well, it’s easier to toss around ideas with someone who can script vs. the entire aloha staff to start off with.

I would like to be kept in the know about how the patch ends up solving the problem or if a patch can’t be made regardless of who I tell initially though.

Thanks for being honest and nice as always flun!

Some of the other admins should take lessons from you and some of the select other nice admins!

yep, I can script for pyspades. sorry I missed your PM btw