1) Votekicks last only 30 minutes. Did you wait at least 30 minutes to make sure your “ban” is not just a votekick?
Yes, because I was not in-game afaik when I was banned

2) What is your in-game player name? Please include it in the subject of this topic as well.
None4U

3) What server were you playing on when you got banned? Reminder: We can only help you with bans that took place on aloha.pk servers.
I was playing on tower of babel

4) Why were you banned? Lying severely decreases your chances of getting unbanned. If your “little brother” got you banned, tell him to make an appeal, or accept responsibility on his behalf.
I may have been talking about hacking which is my hobby but I don’t think that the aloha.pk community bans discussions about hacking because it is the same as the FOSS philosophy that you have so I’m assuming it was some kind of misunderstanding related to those chat logs
Just for clarification, I have never cheated on aloha.pk servers

5) Why should you be unbanned?
I really agree with the philosophy of freedom that aloha.pk has and it’s probably the most popular tower of babel server so it would be nice to play on that.

6) When were you banned? Best approximate date and time, please.
Some time between yesterday and today
Last time I played I was playing with someone I believe called Goldorak on tower of babel server on the map with two ships one red and one blue and a big water in the middle

Hi,
I was the admin that banned you.

We do value our philosophy, but it is not only about freedom and even if it was it would come with responsibility. We also believe in honesty and respect, a bit of a deeper meaning really. Me personally also believes in building weird pink stuff and write stories. That may or may not be the point, so lets get back on track and look at what is arguably the most important in life after those things: In general it is helpful to begin with being truthful to some extent.

In any case, moving on.

Are you absolutely certain you don’t have anything else you would like to tell me? I do play babel quite a lot but somehow I have a tiny feeling this is more pink related. If you get my point?

Wdym pink? I don’t get what your reference is are you saying breast cancer awareness? or s*xual stuff

It is mostly a color for me and kind of a feeling, it might also be a way of life or a warning flag to protect things. It also involves blocks that get placed on maps on some occasions. To be fair breast cancer awareness is honestly a valid cause too that I wished I thought about before this, so now we can kind of chose to believe in that being the reason for me liking to build pink things moving forwards. It is part of the reason now anyway. I also consider building Pink Pointers to help people find the ways around my next fortress build project but it might get lost due to me being busy with other things and writing in general.

Regarding the topic of truth and the appeal system, we do like to believe that truth will win to some extent, at least the version that is kind of based on facts and proof. Arguably there are a lot of “truth” being spread around these days so we tend to try and hold on to our way of having something to base said truth on.

Anyways, we where kind of trying to do some kind of appeal here so lets try and get back to it. I do try and bring up things that are related and important to the topic so there is that.

You are sure you don’t want to tell me something else regarding the situation? Was it really babel you played on at the time?

Well again, I was banned when I was not in-game, but the last time I played was on tower of babel yes on the map with the two long boats and mostly for a long time it was 1v1 because the server was kinda dead and someone named Goldorak was building a thing on his side (red) that was like a very big orange platform and then someone with a name starting with the letter “w” joined and I shot them on top of the blue ship and then I left to go sleep and that was the last time I played on aloha sorry for the really long run-on sentence lmao

You don’t have any recollection at all of actually playing the game some time later on another more pink map?

I don’t know what you are talking about but I think that you are keeping some kind of secret from me and I don’t understand the reason why
(Do you know something I don’t?)

No secrets are kept, I was just trying to give you the possibility to tell me the whole story.

You also don’t recollect the usage of another name on our servers?

I do believe you regarding using the name on Popeye but are you honestly certain you never used it on aloha?

Well not that I know of, but from your comments I’m assuming I did and I forgot (was it yesterday on MDT?)

It was yesterday in any case. Do you remember playing now? 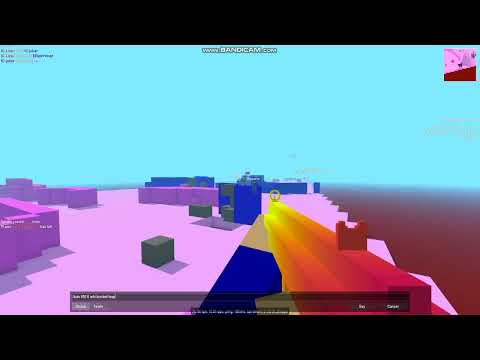 OH I remember now I know a player was hiding in the river and accused me of wallhack even though there was nothing between us, is this related to that?

It was in that game yes, but it was not related to that specific instance. So we can safely say we you now reminded how you played on that map at least?

Yep I remember that game now, thanks for showing me that video

Then I suggest you spend some time actually looking at the recording I posted.

I don’t really understand what is wrong with that recording, it is very short and I didn’t even kill anyone so how can it be proof of hacking