Why is this game dead?

Let us try to improve things with our effort

All we need is a better security system, some improvements and people actually being helpful and not spamming in “big arse” in the chat.
And maybe more guards/moderators, I dunno.

It isn’t. It’s been stagnant granted, but it isn’t dead. 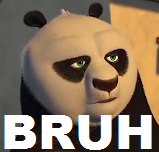 no, it’s remaining a steady rate at around 200 players. That’s good. Votekick system is flawed but nothing is happening unless you make a new game. Luckily a couple friends and I are making one.
Lecom/longbyte/bytebit - making the engine
Chameleon- weapon models and animations
Warp - Sound managing
Bloodfox- some UI although he is quite busy these days and might hand it to me. I don’t really know the full details yet.
Glass - Music and other code and most likely UI design

Well, Glass is right. Game is keeping it’s tempo and community does something.

Another reason is that perhaps the way people lag. AoS lags are terrible…

Guncraft, on the other hand, is truly dead.

The game is certainly dying, player counts have drastically declined from 2011/2012.

Nonetheless, some of the community has still stuck with it and are making a new game, as Glass said. As long as the community doesn’t completely die like the 1.x community before the new game is in open beta or whatever, this game will certainly not die.

Guncraft, on the other hand, is truly dead.

It is. I bought Guncraft on Steam when it was on sale to find 4 servers with nobody on it. That game is absolutely horrible compared to AoS Classic, and it’s even worse than AoS Steam.

Well, yeah.
Better have one of riot.

hold on, we’re not dying yet. Our players were declining before but right now we’re doing just fine keeping a steady rate. Also please don’t mix up lag with fps issues. Lag deals with internet related issues like your internet is crap to begin with or the server is being hosted on the opposite side of the planet. Fps issues can be related to loads of things, but with openspades, it’s only using the GPU and not the CPU, which in the effect overloads it. Lecom plans to make it so that both SW and OpenGL use both your cpu AND gpu so that one isn’t being wasted while the other one is taking all the load.

It’s about as dead as the adventures of Mr. Round.

Nowadays we made many weapon script (bomber and rocket luncher and so on). also map making is very active.

Denying that this game is dead won’t get us anywhere near to solving these problems and counting on unstable 12 year olds to make another shitty rip off isn’t going to fix these problems.

We need to address these problems and come up with solutions and not alternatives or delusions.