Votekicks last only 30 minutes. Did you wait at least 30 minutes to make sure your “ban” is not just a votekick?

What was your in-game player name when you were banned?

Which AoS server were you playing on when you got banned? Reminder: We can only help you with bans that took place on aloha.pk servers.

I was playing babel server.

Why were you banned? Lying severely decreases your chances of getting unbanned.

To be extremely honest i REALLY do not know why i was banned today.

Why do you think you should be unbanned?

I know - that’s my second appeal, but just like i said in my previous appeal - i swear that im clear player and im for real do not know why i was banned today. Please - explain that to me. I dont understand a situation from today.

When were you banned? Best approximate date and time, please.

I was the admin that banned you today. The reason for the ban was ESP, you were tracking multiple people through walls, me included.

For the record, from what I can see, you have been banned by me today, another staff member back in January the 14th and also one time the 25th of January the same year after the first ban of 2021 expired due to your current banning admin deciding to let it stay for only a short duration. Those previous occasions included the use of ESP.

Are you really certain you have not used any cheats earlier on our servers?


After we clear up the confusion about the previous bans we can move forward with discussing this current one.

I swear for all you want, that im clear since i was back on babel server after my previous ban. I really enyoy to be part of this community. Im not using ESP - for real, there is no reason to lie - i know that being honest is profitable in this community. Maybe my ping is problem? Im from Poland, and i have like 150-250 ms of ping.

Due to our new system of having to confirm replies to appeals, U316 contacted me on discord. We usually do not handle appeals via discord for the case of transparency, but for this specific case I will post a short summary. You are very welcome to reply if you think I got anything wrong in my summary.

Summary:
We discussed the situation a bit and you were honest about the bans during 2021 and stated that you did not use esp this time around and have not cheated since.

The current evidence I recorded for the current ban will be linked below for reference. The reason in the chat for aimbot is due to the previous bans and no actual aimbot snaps can be seen in this case and I banned for ESP and evasion primarily. In the end of the video there is one occasion of possible esp that can be seen but it could also have been due to the fact that the player wiki shot at you just before. 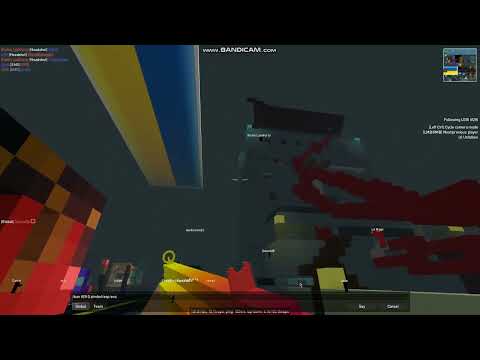 Since I don’t have enough recorded evidence, it is possible that lag was the cause for the entire set of incidents today, the previous bans were very old and you also cleared everything up about the previous bans; you have been unbanned right away.

You are welcome to play again on our servers. Have fun and stay legit!