NOTE: The hacker that was holding everybody down with the aimbot for an hour is on the forums defending himself, laughing about it to his friends how naive everybody is, and is still using the aimbot.

I have contacted your banning admin.

Please be patient and don’t join any aloha servers until he says you can.

I am the guard who banned you from babel. The reason why I banned you is not your explanations on the forums. The reason was that you where using multibullet hack on tradeoff map.

I am giving you another chance to revise your story and telling the true. Then we can discuss how to lift your ban.

I saw others getting this same kick and then they come right back, and I don’t know why. For me, I only see myself getting disconnected and I assume it’s my slow internet but I didn’t use any multibullet anything. I will see if there is a newer version of the game and then download it. 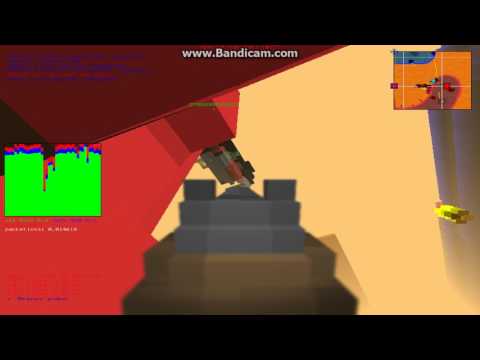 I can see the bullet shells. If it’s shooting more than one bullet, don’t we see it somehow? Can you tell me the game version so I know not to use this one?

Shells have nothing to do in this situation. I can see clearly that you shoot blocks with one shot. Normally it takes 3 shots with smg to break a block.

Touché, but still if he watched him for longer and saw him kill someone it would’ve helped.

This evidence is fine, it very clearly shows mb (without /an). Please stop trying to decide if the evidence is enough. That is what you have Full admins for.

It seems so, because the administrators / guards / moderators, know very well when someone uses hacks and when not use.