Tell any random/epic moment in gaming, just being skill, luck or a glitch.
No matter which game it is, it just has to be something that wouldn’t normally happen.

6 kills with one nade on Minit Classic Assault

Not that epic, but I shot a guy through fog once on Pinpoint while aiming for someone else.

That was probably me…

threw a nade, headshot a guy, then my nade killed 2 people 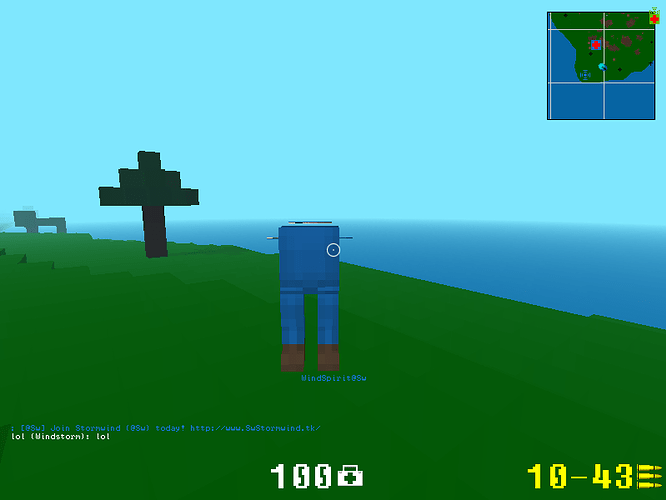 You are not reading this sentence.

What.
I don’t even

Me Getting stuck in the corner of the map Football Stadium and was registered in the other team but only my original team mates could see me.Also I was floating in the air couldnt move.It felt like 1ctf but I was the other intel spawned at the corner.

I was on Pinpoint was sucking badly until I picked the shotgun for the lulz, I was moving in the front lines sprinting like a mad man people cant even hit me I crouched threw a nade and i was suprised I got 6 kills from the nade kept on moving what was awesome that i got many kills from the shotgun until i was out of bullets and got sprayed by 2 smgers so i got about a 12 killstreak from that.

Well, everyone’s talking about AoS, so I’d like to take the time to look at a different game.

I love playing this game called Touhou. It’s a shoot-'em-up, except about 100X more hardcore than the shoot-'em-ups you’ve probably ever played.
Every moment in the game is epic, but the moment when I was finally able to capture (survive) Lavatein* and Starbow Break*. I still couldn’t do the harder ones, like UN Owen and QED, but it was still quite one of the more epic moments.

Example videos (not me playing):

Long time ago, in pinpoint i wad running with the intel then I die and I still have and I caped iy