Voice your feedback for the new strong blocks system on Pinpoint here.
With strong blocks, blocks which are placed take twice as long to break. This does not apply to blocks you placed yourself.

Please include your in-game name along with your feedback.

i like it, i saw some crazy fortresses get built today after it went live…

a few of us talked about it in irc and we all agreed it would be better if enemies could break them normally, so we’ll probably end up doing that or at least trying it.

My in game name is Froelich131.

I play Pinpoint a lot, it’s my favorite map. But this strongblock thing could be removed, or altered.

better if enemies could break them normally, so we’ll probably end up doing that or at least trying it.

I like the strong blocks because it stops the griefers. I agree with izzy though, The enemy blocks should take normal damage.

I would like it a lot more if I could destroy them at normal speed if I’m invisible. I do a lot of “cleaning” on the server.

so invisible people should be able to destroy blocks normally too, huh?

somewhat unrelated question: what do you guys think about light water damage on pinpoint?

If you go invisible, as in /inv you should be able to 1 click destroy blocks

I’d totally be fine with that. Doesn’t affect me since I don’t water camp haha

so invisible people should be able to destroy blocks normally too, huh?

somewhat unrelated question: what do you guys think about light water damage on pinpoint?

I would not like water damage even if it was light,if this is to compensate against water campers could you not simply make the map more narrow to prevent people from going to far out. Sometimes you have to go in the water to avoid barriers and other things.

I think that the water damage should be upped.
Honestly, 1HP a pop isn’t enough to deter people from watercamping.
GH had it set at 5, and I think that’s pretty good.

In compensation, keep the closer areas non-water damagy, as it is right now.

As someone who thoroughly enjoys water-camping, this isn’t going to stop me. The problem is that if you are standing still, you don’t take water damage. So if I move out to fog distance and crouch, I’ll lose some hp, but any bullets that hit me at that range will probably be headshots anyway, so I won’t mind.

Well we have to take into consideration with the water damage thing that in the new update damage is calculated based off of distance.

Fog distance shots won’t be as much damage anymore

as far as i know rifle damage won’t be affected by distance; only the smg and shotty will be.

I’m against water damage close to the shores, since that area’s often vital for a quick break across no-man’s lands and for crossing the point without having to touch the intel.
The “boundary damage” should be upped, but 100 seems too extreme…I say 5 or 10 HP is warning enough.

EDIT: And if damage did fall off with distance for the rifle, then it effectively lost the headshot, which automatically kills all of its good uses…

Hm, I could have sworn it was affected today for me when I was playing the test release.

Man. Strong blocks should have no effect for enemies. Honestly, I kept trying to shoot a block to get at an enemy and it took forever.

IGN (on everygame I play) Jyromefedx or Jyrome fedx
I was trying to clear a big mess of griefed pixel “art” because the whole team was complaining about how long it took to get out of spawn and it literally took 45 minutes,I tried doing this while invisible it broke no faster.

Ok, my final opinion is in on Strong Blocks.

They’re crap. An improvement would be to make it so other team blocks wouldn’t be strong for you, but an even better one would be to scrap it all together.
It helps, a lot, with griefing. But it also makes it so random blocks places, which happens all the time, don’t naturally go away. This not only makes it harder to defend, but also impossible to sprint. Also, it may seem as if each base is really large and glorious…But in reality, they are impossible to play from. Offer no protection, and are just in the way.
OH, then when trying to clean it and make it better you get team killed. Also goes for when you’re cleaning the other crap that doesn’t need to be there, IE the hole filled pixel art and the house someone made 20 minutes ago that is now nothing by a unusable wall in spawn area. I generally just go invisible when cleaning this, but still.
The strong blocks is a good idea, and it’s cool. But it doesn’t work well with Pinpoint. Too much clutter. Pinpoint is fast pace. Really fast. All these buildings that don’t serve a purpose are ruining that, and the extra block clutter ruins the ability to sprint. Changing or cleaning anything at all leads to some idiot team killing you, and ruining ratio’s. Playing has become nearly impossible. No exaggeration at all, at least from my end.

the extra block clutter ruins the ability to sprint

That’s because you don’t know how to PARKOUR
Seriously, it’s not that bad.

I see lots more votekicks targeted towards teamkilling than towards griefing since strong blocks were implemented.

Big forts had always been crap, but as izzy said, it’s really up to the players. I’ve learned to deal with it…just circle around in the water. 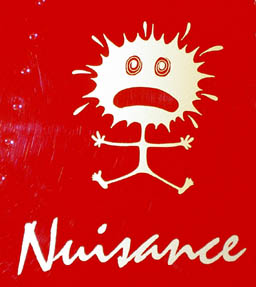 After a while, you start realizing how much strong blocks take away from the natural gameplay of Ace of Spades.

While griefers suck, it does take away from sprinting… There’s way more team killing now… I even did something as lucrative as build a huge wall in front of the opposing team so we could take the intel as many times as we wanted

Trust me, it was awesome, it just was horrible because green was dying when they were getting around my wall because there was nothing else they could do. If they broke through, they died or I did a single click to place a new block and stop them from killing me then just reinforce my wall with double blocks