Openspades maxed out with all the visual bling

For those who have never compiled anything in Linux, it's really easy and typically goes like this for Openspades:

** When you first run cmake, you're going to see a lot of missing dependancies. Use Synaptic to install each one until cmake runs without errors ** 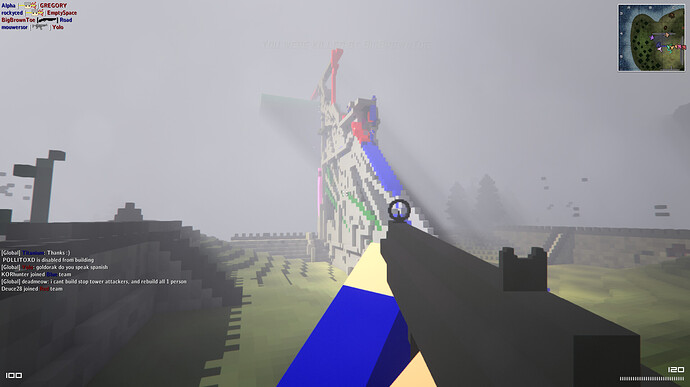 Nice work there, Road. By the way, you should join the aloha skype group if you have it, my skype is live:orionsmonster

Looks great! Openspades are a game that has been improved a lot from the classic version of Aos and uses many nice visual effects - I like the water appearance most. Only the fog is a bit too dense IMO.