OK, so I decided to make this thread to document me making a voxel game using OpenGL + Rust. The end goal is just to have random terrain generation, for you to be able to fly around the terrain and to break and place blocks. Thats it. And I only plan for a few blocks (Dirt, Grass, Cobble and Water). This will largely be a learning experience for me as I haven't done anything like this :P.

Day 1 (see attached)
Using Glutin and gl-rs, I managed to create a basic version of a voxel world by iterating over an array of integers (where each integer corresponds to a block). Also added a camera and more advanced input system. Right now there is only one block.
Things for next time:

Hope to check in again tomorrow! 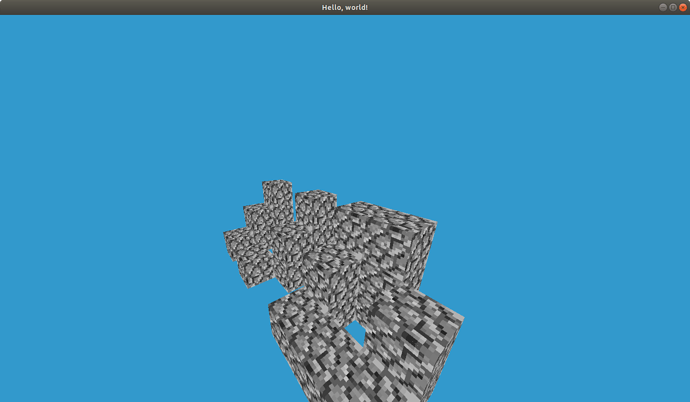 …And he didn’t check in tomorrow. Ouch.