How did you find the Ace of Spades game?

It had been a first time I got a laptop, I liked war games and forums.

I remember there was a boy I liked, but he didn’t like me =p
He liked another girl who played Ace of Spades.

So that’s how I got know the game.

I remember the first times I played with her, I also remember a virtual friend that I met doing a “jump and crouch” dance.

I went to study in anothers cities and I only remembered the game on vacation, but i had a really bad aim =p

In quarantine I started playing again and that’s when I got to know the community better.

Now I hardly play, but I have a lot of memories and good virtual friends <3 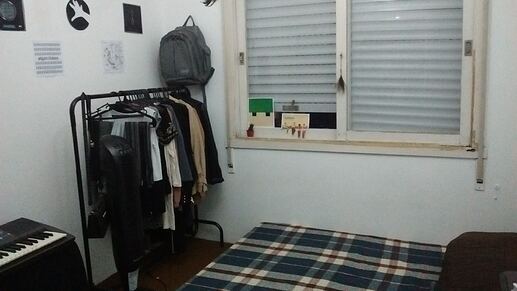 I was like 10 y/o, i used to go to a small book club during the week to read books and play games, the guys who worked as secretaries used to play the game in an old desktop PC every time they got bored of hearing children scream like monkeys and raging on board puzzles.

The game caught my interest at first sight, i was like LITERALLY CALL OF DUTY AND MINECRAFT LIKE OMG I DIDNT KNOW A GAME LIKE THIS EXISTED, THIS MUST BE THE BEST GAME EVER.

I asked what the game name was, they said it was “Ace of Spades”, and so when i came back to my home the first thing i did was turn on my computer, install the game and start playing.
That happened around 2014/2015.

Only found about it recently, actually!
I was bored at 1am in June and a friend suggested I play 1v1 against him on OpenSpades, and so I did! I later got involved in making scripts, then contributing to SpadesX.

saw the game in a lets play a decade ago.
half a decade later i randomly remembered about it searched it up and then began to play it.

had a friend and used to play a LOT toghether, mostly ftp shooters, saw aos and we just HAD to jump on it, all the way back the SMG wasn’t even a thing. we eventually returned to the game it was 0.75 but before all the jagex crap, peak aos and it was absolutelly amazing to play back them. still miss those days but aiming to somehow, someday reach sth close to that is what really drives me to stay around, even when there’s like 90 players at peak some days, just keep pushing. stuff like joining an empty server can end with 15-30 players there in like 20-30min