-This is your chance to share your BEST gamemode ideas and have the possibility to have yours made!
-There will be voting to find the best idea (gamemodes that are impossible to make won’t be included).
-We will then create and host whatever gamemode is chosen!

Please post your gamemode ideas below with as many specifics as possible.

Be as creative as you want, post as many ideas as you want, but please be descriptive!
If you have any questions about whether your ideas are possible or not, post them anyways! We’ll shoot down any impossible ideas.
We have a winner! Congrats shywolf91!

Here’s one of my ideas!

How it works:
There’s a perfectly square tower that reaches from groundlevel to the sky and is the size of exactly one sector. There are multiple 1 block layer levels to this tower. Here is an expertly drawn 2D picture of how this tower is structured. 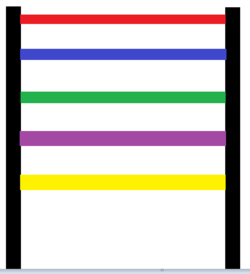 Each colored layer represents a 1 block thick level. Players will spawn on the top (red) layer. As soon as the game starts, the objective is to shoot the blocks out from underneath the other players to drop them down to the layers below. Players will continue to try to shoot eachother down to the lower levels. If a player falls from the bottom layer (yellow) to the ground, they will die/lose. The last player to survive wins the round!

Gamemode specifics:
Players can’t build and can’t throw grenades.
Shooting other players will do no damage.
Players will have unlimited ammo to shoot the blocks.
If possible, each block will break with 1 shot.
Players will not be able to get out of the 64x64 area that the tower is on.
It will not be possible to break any blocks besides the different layers that the players stand on.
The multiple layers in the tower will rebuild themselves after every round.
There will be time before the round starts (after everyone spawns) for players to spread out/find their spot. Players won’t be able to shoot blocks during this time.
Once a player dies, they won’t be able to respawn until the next round.

If you can think of any ways to improve this gamemode, reply with suggestions below!

everyone should line up to challenge me to a 1v1

my proposal is a fully Second World War server/gamemode

some maps than could be played are Omaha, Bastogne, Berlin, Stalingrad, North Africa, some Japan island too, etc. I don’t know if those maps exist, but they can be created.

there would be cool things:

-mines: some random (or specific) zones that you walk and you get killed or damaged;
-bombs: extensive term, from mines to artillery, whatever;
-artillery: random (or specific if they’re invoked by players) zones where grenades fall, causing ~10 of damage. They can be invoked by players from near the base by achieving some quantity of kills or stuff (in my mind it’s like a small /apoc that causes 50 or 70 of damage altogether);
-airstrike: the classic airstrike, invoked by players anywhere they are;
-machine gun: the classic machine gun from that Omaha server a years ago. If you don’t know it, then think it as a smg with more bullets;
-vehicles? not fundamental, maybe a project that can be treated apart.

so you would have two bases: allied base and axis base. You should capture the enemy BASE to win. there’s not kill limit to win, or tents to capture like tug of war, or intels to catch and take to the base.
construction strategies are welcome, however it isn’t a babel gamemode, so teams shouldn’t need to build anything directly to achieve the victory (i mean, build walls if you want, build tunnels if you want, build trenches if you want, that’s all strategy, that isn’t required to achieve the victory, since you just need to capture the enemy base).
it would be cool to have a map with trenches too (no one second world map is incoming to my head rn, beyond omaha that is a very diverse map (see Omaha in MOHAA and Omaha in COD2).

how to achieve the victory?
-take the enemy base (tent).

how?
-just be close to the tent, at least 4~6 players are required to cap a tent. You all should kill every enemy that respawn. while the base is in the hands of one of the teams, the other team can ONLY respawn ONCE (your tent is captured, you go to recover, you get killed, you respawn, if you get killed again then bai).
need to add that you won’t respawn directly close to the enemy players, and this means, you won’t respawn close to the tent. this to avoid spawnkilling and fast-easy winning.

(edited to clarify some points)

Okay i’ll give it a go. First of all i’m not sure if they was made before or not but I don’t recall aloha having a mode like this and I don’t have the free time nor the patience of searching through aloha.pk or bns for a thread/post. I wouldn’t be surprised if it was mentioned before.

premise: kinda a cross between infiltration, CTF, and TDM

Idea: Each team has one intel that is randomly given to a player. In order to score a point the team must track down the player of the enemy team who has the intel and kill him. By killing said player the team gets a point and the intel is randomly given to another player on the team (since both teams have an intel the above works for both teams). The first team to kill player/cap intel x number of times wins.

Random spawning - players are randomly spawned anywhere on the map (excluding places that would cause damage such as in blocks or fall damage, water damage etc)

hiding in one location is discouraged - if you do not move outside of a predetermined area (example 10x10 block) within x amount of time (sec/min) you’re location is given to all players (this is only for the player with the intel) (either as a message or marker on minimap/world?)

Teamwork: This mode should promote teamwork? maybe a kill streak could unlock a command to teleport to any player of your team? or maybe a /squad type script could be implemented where 2-3 players per squad and those players spawn together or can teleport to their squamates. Maybe one player can be squad leader and add/remove players on their squad?

Person with intel: 2 ideas; they can play like everyone else with the caveat of having to keep the intel safe or they can just be the one to keep intel safe and not be able to kill enemy. (also they shouldn’t be able to give intel to others except by dying and intel is randomly given to someone)

A search and destroy style gamemode would be super cool. If this one is chosen I’d probably make a new script instead of using the one that’s shown in that thread. I really like the idea of using the progress bar indicators to show time left for defusal and such.

A mix between Babel and Infiltration, enemy intel is located on the top of the pillar and people must to get it being really careful to don't be discovered by enemies. 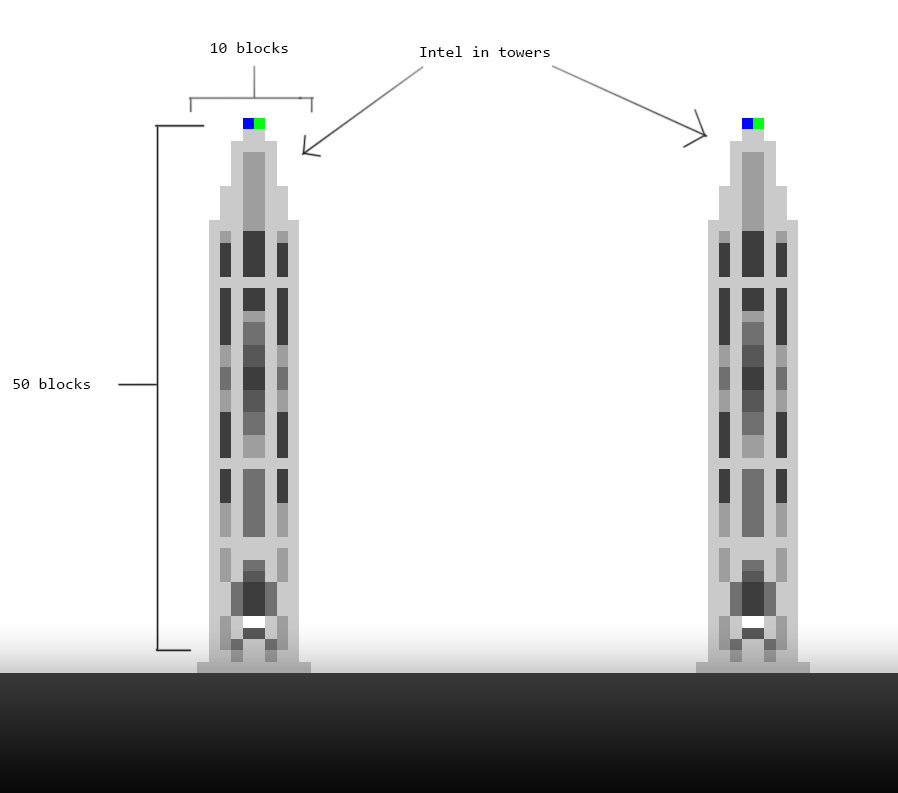 Please get your gamemode ideas in by the end of today! Voting will start tomorrow!

The ideas we have so far:
Tower Tumble
World War
Intel Keep Away
Search and Destroy
Heaven’s Tower

I mean with this, like a minecraft build battle:

1. Each player has a plot to build, limited to seeing the plot of the other players.

3. The time limit can be between 5 or 10 minutes, or whatever is suitable for a certain number of players. It is advisable not to start a game until there are 2 to 5 players on the server participating. I don’t know what would be better.

4. Players will have commands that allow them to change the color of the floor, make pictures, among others. Build Commands.

5. The winner is choosen by a votation. Participants will be transported to observe and judge the construction of all players. There may be a certain range of voting, from bad, acceptable and good, to excellent, beautiful, epic.

I think that’s all.

A way more realistic war environment combined with the CTF idea, its idea is to really make you feel how a war is and looks like.

Some special weapon ideas of this i had in mind…

Some more special weapons that you can only get by killstreak…

Based on Push, simplistic approach.

There are 2 symetrical main roads mid-air, each one with the color of each respective team set to be unbreakable, supported by 2 pillars on the ends to have empty space below, the shape of the roads square by the lenght, from tiny sizes ranging 7x7, 10x10, claustraphobic 5x5 or insane 3x3. said sizes can be different on the begining, mid, end of the map.

The reasoning to it: both roads will be held close to each other, distance can vary from the likes of the builder 10 blocks, 20 blocks, 30. The concept will be to make a push, hijacks on the enemy road, attacking from several angles.
Note: Roads can also vary on height and can be crossed with each road on similar x,y coordinates different height on spiral buildings.

Both teams are capable to build, but can't place blocks at the distance of 2 blocks from the enemy's main road nor destroy any road

The approachs to hijack, defend the enemy's end road, make different buildings to kill from several angles, run unnoticed to the end are up to you and your best sadistic, trolliest, bélic nature. 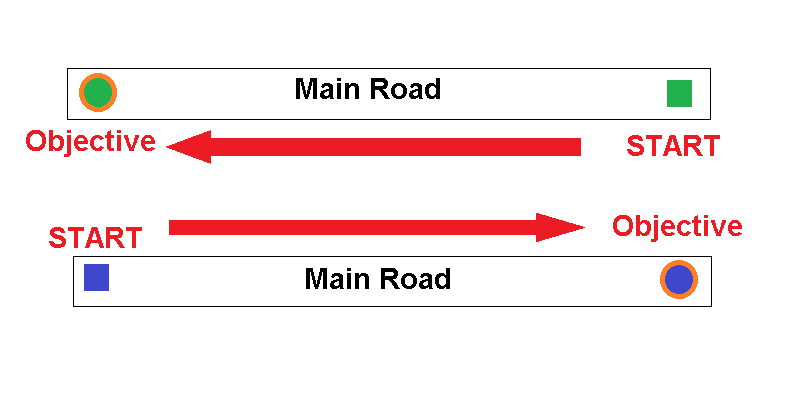 Voting is happening now on the poll on the top of this thread!

everyone should line up to challenge me to a 1v1

The results are in! shywolf91’s gamemode “Intel Keep Away” has won with 31% of the votes!

I’m hoping to get this gamemode/server made within the next two months. In the meantime, please comment below with any ideas/specifics that you think would make this gamemode the most fun.

Thanks to everyone who posted their gamemode suggestions and/or voted!

No tents - Each kill regenerates some blocks, ammo, and health

Is there a tow mode? And there are more tents for grabbing, which is better - the front line moves forward or backward. It turns out very realistic. Much better than when there are two tents.