Danko's guide to being annoying(ly hard to hit)

Okay so you all know hallway: 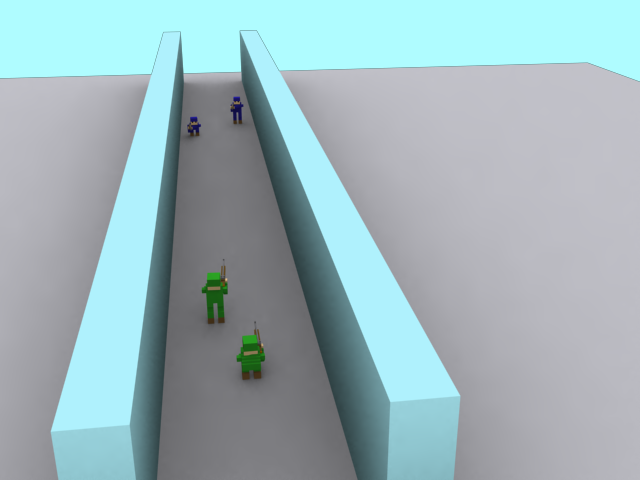 Next time you’re on, build this: 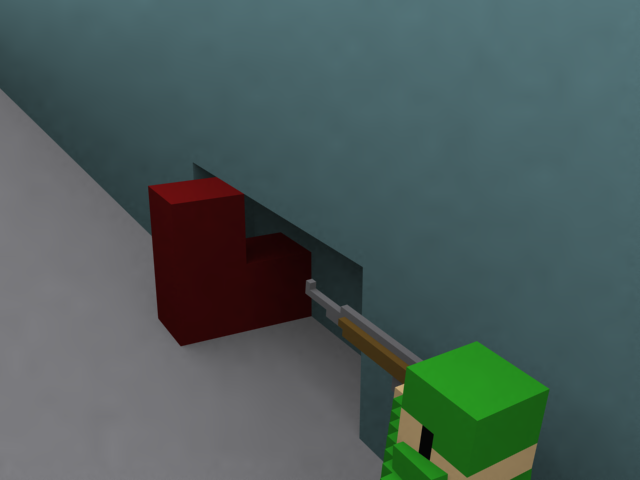 When you aim through it, you will be able to see everything but the red (and through walls, obviously): 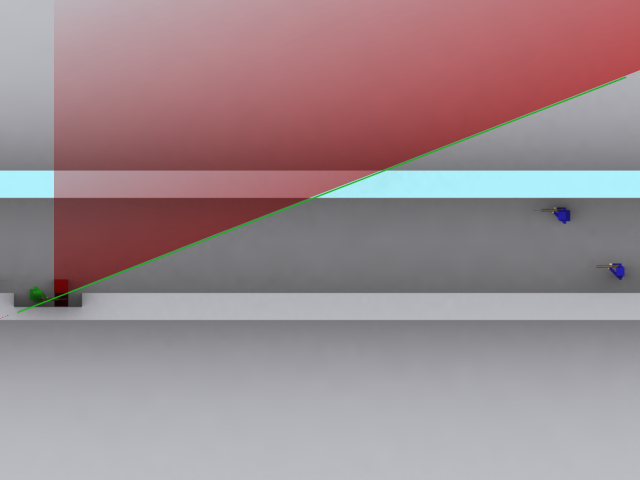 And while you’ll see this: 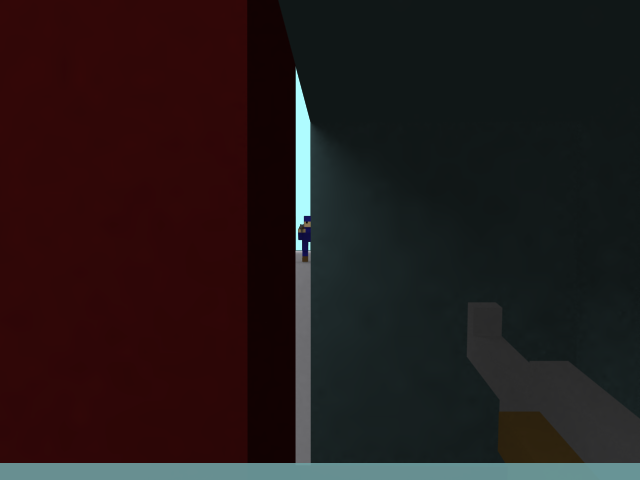 Your enemy will see this (note the 1 px green head on the left): 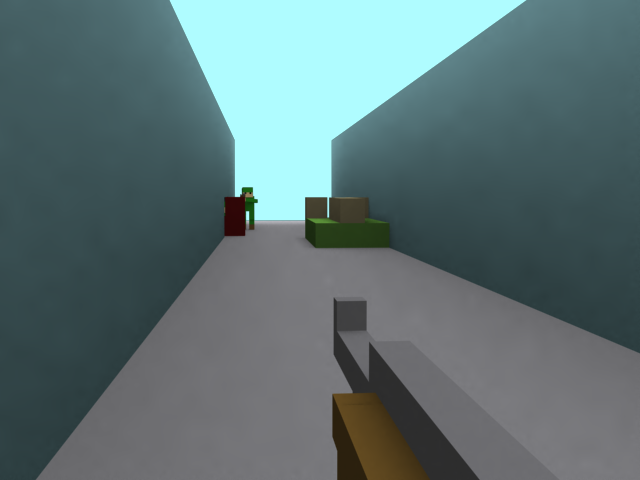 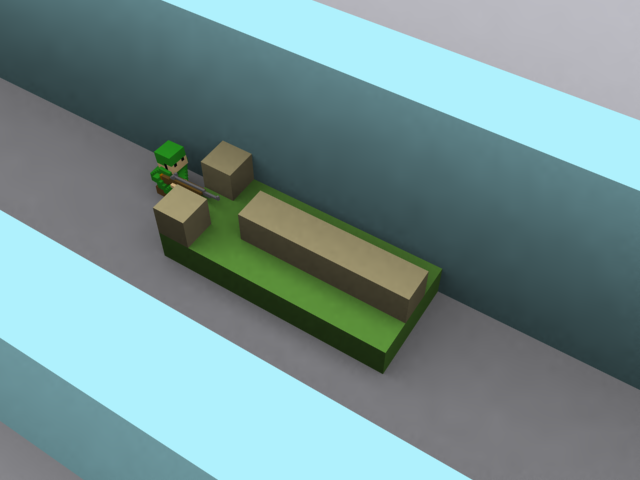 Which gives you two slits to shoot out of: 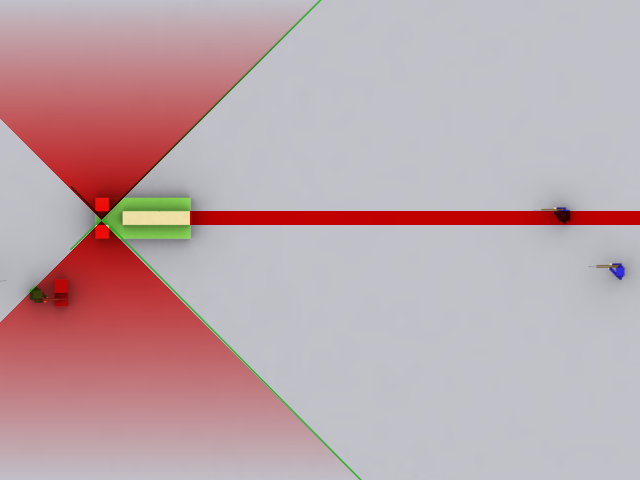 This is really useful on maps like pinpoint, where your blind spots are in the water!
Also note that you won’t be able to see directly across from your middle block.
I like to build this to one side on pinpoint and then pop my head up very briefly to glimpse enemies and then try and align them with the slit.

So again, you see this: 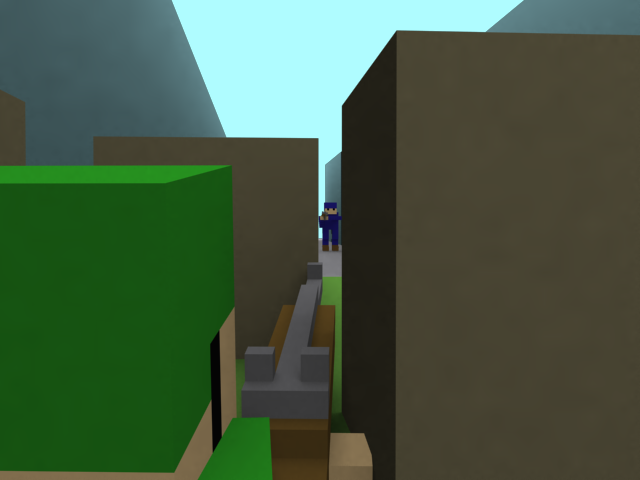 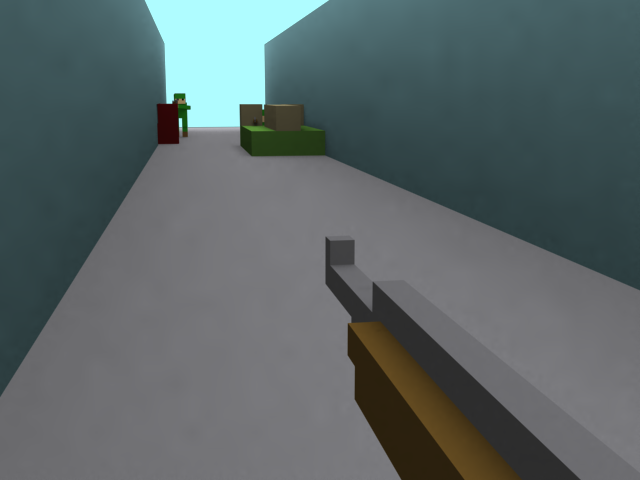 Next up!
Foot camping!

This works best in a narrow hallway or tunnel
Build this: 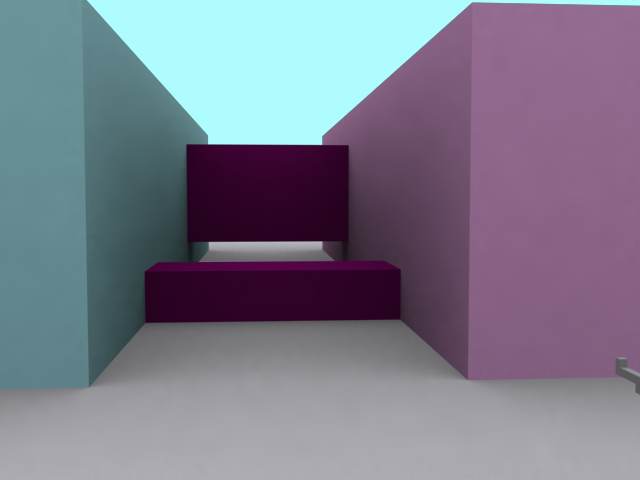 That’s a small one block high bump in front of you, and a wall missing the foot section past that.

You might want to build them at a distance, it’s up to you: 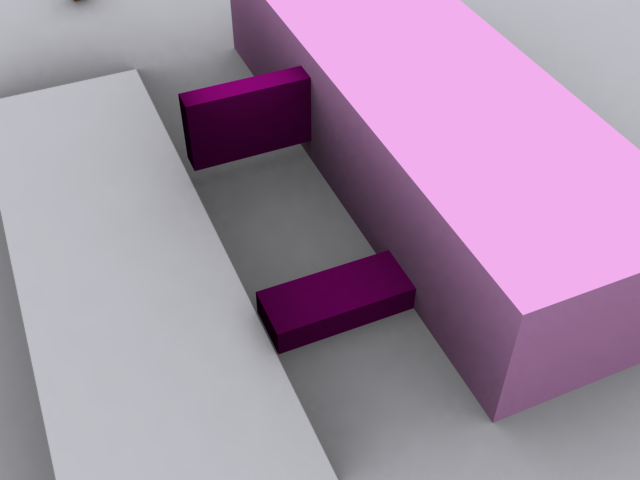 When players approach the wall to destroy it, you’ll see this (before they even get close, usually): 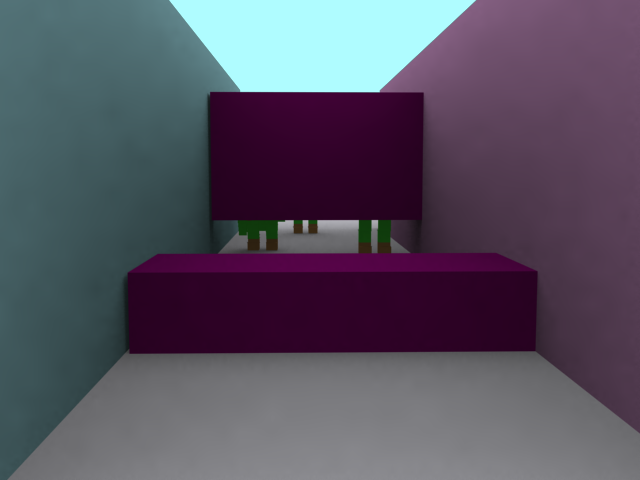 For giggles, here’s what they’ll see: 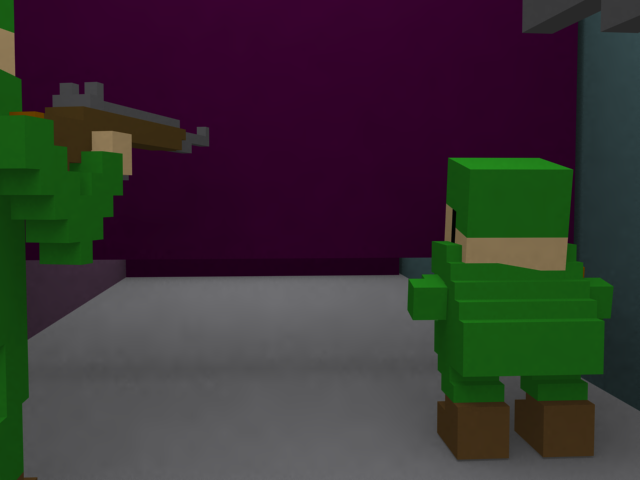 Your feet are safe, their feet are gonna be hurting pretty bad.

Note that both of these can be torn up pretty easily by SMG’s! You can build them thicker if it helps, but you might lose visibility. Watch out from above too on hallway!
Also, note that on babel, depending on where you are on the map, your slit or foot camping things will be invincible against bullets.

Up next, this one is a little cheap as it exploits a tiny glitch, but I’ve explained it to tons of people and never had a complaint:
If you play thick maps, you’re probably familiar with those one block wide tunnels: 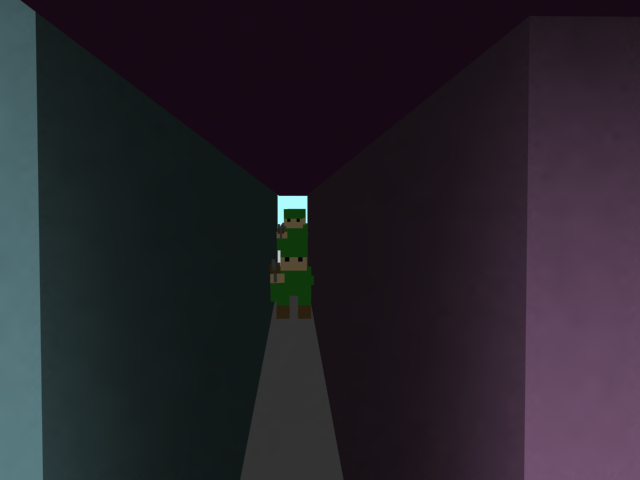 Easy enough to deal with, but if you’re lagging or can’t seem to hit those giant heads, a good way to deal with players who persistently use them is to dig over and up, cover your tracks, and sit above the tunnel, looking down: 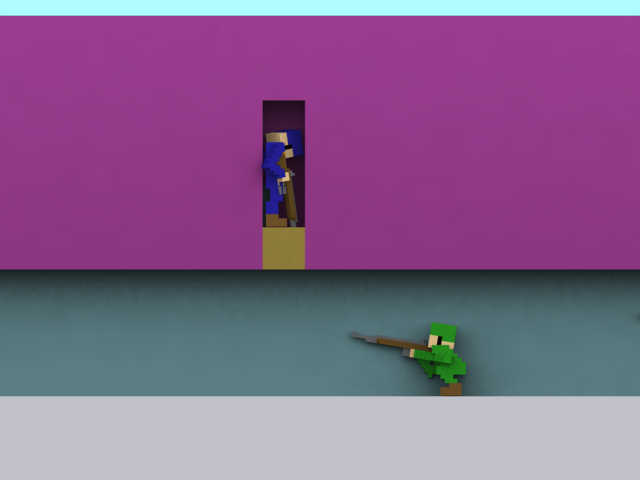 You’ll be able to see when players past directly beneath you, and hear them, but they won’t notice you until it’s too late and you drop down behind them.
Be careful of teammates following them who might notice an enemy dropping down in front of their face!

Lol, I’ve used many of these strategies before. The slit one, no. The other two, yes.

Very interesting the things that people come up with to get an edge over the enemy.

Crouchspamming along with lag, yes

Your a really good artist

Also a worthy addition to all this is that you should have teammates who don’t fuck up your cover by adding useless decorations to it.

I find that a good way to stay safe is to find a natural area of the map where there is a hill. Dig into the hill so that you have the equivalent of a wall with both a 2x high wall and a 1x high wall. You can crouch and fire at enemies over the 1x high wall, and go for cover behind the 2x high wall. From the enemy’s view there is no visible man-made construction so you’ll catch people by surprise more often.

I’ve played against you recently when you used the slit-method on Pinpoint, it is rather frustrating! Nice guide, all this time I’ve been playing and some of these ideas never even crossed my mind.

Slit shooting is a very useful building strategy and it’s rather easy to set up. Crouch spam is very scary for players that live in the U.S. especially those on the west coast. I found it quite humorous that you put something in there for the transparent block glitch.

On another note I loved your art style and color choice, depicts the toyish factor of the game to an amazing extent.

Love the effort you put into this Danko. The art work is just so tight and clean and almost fresh looking. And some really good tips too. The reverse foot camping picture (What they see) was funny.

Works for Sweden too

Well you could always re-bind it to mousewheel up/down depending on your preferences, whether that is a feasible option for AoS i have no clue but it’s all I got.

I use the left ctrl key for jump. Figured i use jump A lot less often than crouch so i switched the keys for comfort.

Yes you are right izzy :)…
Hawkan u use space for crouching
:o