I have been banned on aloha.pk tower of babel, yet the others don’t let me join either…

I dont really understand why i got banned? i was kicked alot, but i bought this new mouse that has a button on the side which is like a spam click? and when i pressed it it would shoot like half my magazine of ammo in one direction, it was awesome… but i think the hack detector picked it up as an aimbot hack or some sort of hack and would kick me, after a while it just said i was banned and now i cant play openspades on my favourite server…

I now realise that i shouldn’t use that spam button on my mouse, and won’t use it from now on… I’m sorry…

hey BigotedBill, I’m the admin who banned you.

you were banned for multibullet, aka bigshot. every ‘single’ shot of yours registered as 8, which is obviously an instant kill. it was not lag; there were no exceptions, it was 100% consistent.
Edit: you were using Rifle, too, so if it really was lag, I think you still have a bit of explaining to do

also, I’m familiar with macros (or features of a similar nature, such as the “spam button” you described) and while that might have worked as an excuse, as I said before, it was 100% consistent.

ok man, I 100% am not lying! I fully understand the 8 shot at once instakill thing, but dude, that is what the macro spam button on my mouse does! I swear on my life im not lying to you…
honestly I cant say much else, because that’s how the situation went down. I have played this game for 2 years and never been banned or had to appeal, and the one time I get a macro that i found spams bullets in game. i get banned.

you have to believe me, plz i swear to all eternity, im not lying and I will no longer use that macro.
come on man,I have a clean record of never being banned or anything since i started playing 2 years ago, please take this into consideration.
I would very much like to play on the aloha.pk servers again, please have some compassion towards this mistake of mine.

I don’t think you do fully understand. the /analyze command shows the delay between each ‘successful shot’ (for lack of a better layman’s term). each time you shot and hit someone, there was the initial delay between the last time you hit someone and then, and then 7 bullets right after with 0ms delay inbetween eachother. zero milliseconds. this is not the case with everyone else.

now, let’s say that you were lagging a bit. Rifle has a delay time of 0.5s, or 500ms. you can’t shoot any faster legitimately, even with a “spam button.” this means that in order to lag enough to show 8 bullets at a single point in time (server-side), you’d have to lag 4 whole seconds if we go by exact math, 5 seconds if we’re being generous, and hit every one of those 8 shots, or be using multibullet.

dude, I honestly don’t understand what that was, but can u please just give me a chance?
I apologise for my mistake and it will never happen again.
you IP banned me, so i can’t ever play again… that’s a bit harsh for one mistake?
please unban me, i swear on my life, nothing like this will ever happen again…
if i do do it again, then by all means ban me for life or whatever. but i promise it Won’t.
i enjoy this game alot. please dont take that away since ur the only server that comes up on my server list.

oh my gosh! im not freaking lying!! You obviously have never used this macro technology before…
it spams half ur clip with 1 press. i am not lying…
bunch of no it alls can’t even realise the new technology.

dude ur a gumby, >:( who the hell would search that? a macro isnt made to shoot 5 bullets in a row, thats the dumbest search i have heard of… a macro is an extra button that either has a preset or adjustable settings. the button on my mouse, has a different use, e.g. (searching google) to when im playing OpenSpades. it just happened to somehow have an odd function where it just spam shot bullets in which ever direction u chose. u could shoot across the map and it would kill someone… i dont know why it was different. but thats just rip off pc gear for u.

bigotedbill, how does your macro ignore the shot delay, recoil and spread that are built into both the vanilla client and openspades? you must wait 500ms between shots regardless of how quickly you click your mouse button, and all your macro would do is automate those clicks very quickly. even if you could click so quickly with a macro and have it work, the recoil and spread would throw you off target so quickly you wouldn’t possibly be able to trigger a warning for the type of cheat you were banned for using.

we appreciate that you’re probably trying to help but such an aggressive tone isn’t the best way to go about it. your first post was good and would definitely have been helpful if muffin had missed something but the others not so much

if you’ve never had it, then why are u even here. u have no knowledge or understanding of what’s occured here, so just go face a corner and hug ur waifu bodypillow.
end of conversation.

in my opinion, is a bad play and cheat 4sure, get 100% kick! thank you for your tiem
also BigotedBill everybody know how a macro works but if you deny it by pretending that if they don’t use it they dont know how it works, then I can tell you that they are right, regarding the fact that I got a macro mouse too and they are totally right the delay can’t be outpassed you are cheat lmao why u lyin 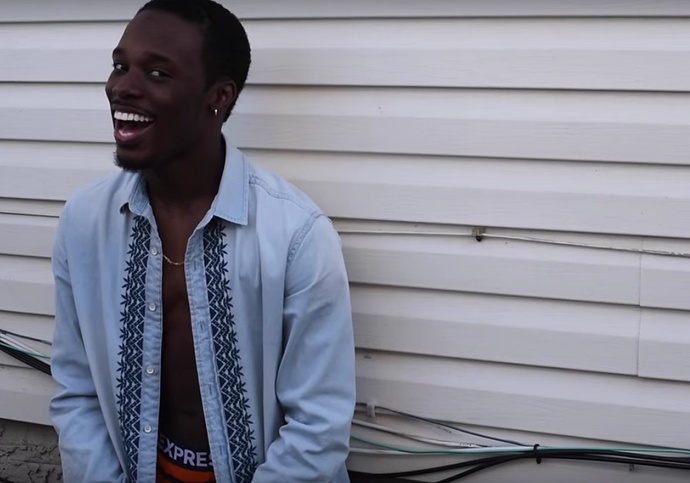