I really don’t know why i was banned i was getting 3 headshots and then i was kicked . I don’t use aimbot at all i just aimed at them with my new scope and they were close together.

Think you were banned for aimbot. Admin who banned you will be here when he gets back online.

It all depends on if you are lying or not. The admin will make the final decision based on your honesty.

“cousin was banned because of me”
This guy was banned on the icecraft server a few days back. Yesterday he came on the stormwind server and knowing of his reputation i checked him out. Clear norecoil hacks. He accepted to it and said that it was him and not this “cousin” of his. I dont know if this cousin of his really exists in the real world or not…but the question is how can someone trust a person who has gotten himself banned on 3 servers just this week? And He admitted on hacking himself on the stormwind server yesterday. I dont know how anyone can trust this person especially after seeing this video evidence. 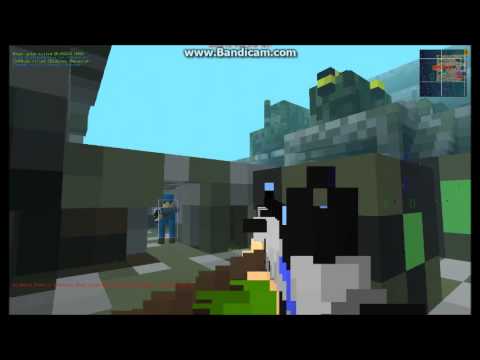 So first off i would like to start off with, please pay more attention in school (especially your English teacher). i am by no means good at writing but you are gawd awful.

Second, the number of inconsistencies in that second appeal are baffling. My current understanding is that usually cousin’s live in separate houses (generally speaking in America), so i don’t understand how your cousin being banned effects your brother. In addition, i don’t see why we would need to forgive YOUR cousin for something YOU did.

So coming to your ban: given the evidence provided from both Fawad and myself, i don’t see why we should ever unban you.

I am curious to why you would hack, especially your cousin’s account, so please elaborate.

If we were to ever consider leniency, i would request a two page essay on why hacking is bad and why you should never do it again.

If there were any words that you do not understand, because i think your probably like 7, just ask or look them up in a dictionary.

Yes this is a permanent ban.

I was aimbotting and hacking and using no recoil hack.

I should be unbanned because i promise to never use an aimbot or a cheat again. I have already deleted the hacks on my computers and have a short video evidence i don’t use it anymore. My name is Black asian i know i have done something wrong and i regret it. I was aimboting and using a no recoil hack just to get kills faster and make the game a little more fun. And i made the game bad for cheating and not being fair with other players.

Hacking is very wrong because it is a cheat. It makes the game more fun i admit , but it doesn’t make it fair. Hacking can lead to making others feel bad and unskilled just because they don’t know your using a cheat to be like a pro. Using hack makes you better because you cheat but it’s just plain unfair to other’s.

Hacking is really unfair and it pisses people off too. I remember when i would be a normal player and an aimbot would enter the game and ruin it for everyone. It wasn’t very fun for me or other players. I now realize that it is wrong to use it and i will not use it again anymore. The hack is very easy to use but it takes skill to truly master a game. And i think i didn’t think of that when i used the hack.

I used the cheat a lot in some servers just to get some kills and get to the top. It is very wrong to use it and now tell everyone else that aimbots in this appeal Don’t do it! It can cause consequences that are truly a bitch. You can’t play in your favorite servers and with your friends. You can’t go in any server if your banned. And at first it’s like "whatever i’ll just go cheat in another server " but then you realize " what server i’m banned from every one of them ! " It makes the game unfair and boring that’s why i won’t aimbot again.

I will never be caught hacking again because it becomes a nightmare I can’t even play just for fun anymore. Because i can’t enter any of the fun server’s to play. I can’t play with my friend’s since there all in the good server’s. It makes the game unfair and not fun at all. Everyone else will know you cheat and votekick you all the time. I will never get caught again because i will not cheat. I promise to be a normal guy playing a really fun game. I now know the consequences that hacking can lead too therefore i will not hack anymore or use an aimbot.

Best way to do this will be to do it on Google Docs if you have a Gmail account. When your done you could share it with me by adding my email. PM me when you think you are done with your essay. its due when ever your done because this is your ass that on the line not mine.

hey guy, i don’t know if you saw but i sent you a message…