1) Votekicks last only 30 minutes. Did you wait at least 30 minutes to make sure your “ban” is not just a votekick?
There was no active votekick during the game

2) What is your in-game player name? Please include it in the subject of this topic as well.
Un this moment is [FuAn]Leopardo

3) What server were you playing on when you got banned? Reminder: We can only help you with bans that took place on aloha.pk servers.
Tower of babel

4) Why were you banned? Lying severely decreases your chances of getting unbanned. If your “little brother” got you banned, tell him to make an appeal, or accept responsibility on his behalf.
I think the truth is that it was ban by accident? I’m not really sure when I was banned I was jumping crouched down and shooting someone.

5) Why should you be unbanned?
For an accidental ban and because I do not want to be permanently banned from aloha since there are no other babel servers

Heyo Leopardo1324 I am the Admin that banned you.
as usual ill start by saying that aloha is a community that believes in giving its players second chances, but in order to do that I am gonna need to ask you to tell me the truth about what you were doing and what you were using that could have got you banned. be completely honest staff collect recorded evidence for all bans.

If this loses coherence it is because of the translator
What I did was play on a map of trees everywhere where my team was spawnkilled or not let out, if you could see some strange activity like going for enemies when I don’t see them it’s because I have the headphones that allow me to hear around me the last thing that happened was that I was on the roof of a structure killing those who champion spawn while I crouch a and jumped the client I used was the Open Spades 0.1.3 with skins, all legal and that’s it I do not understand at what point an action that hys apart from following the sound of the shots I heard could be misinterpreted.
Not for being rude but I can see the evidence

There is some way to play again on the aloha servers, do not use hacks during that game and there are no more servers in open Spades as full as those of aloha even if I had used hacks I had already been warned previously with permanent sanction if I used again and I have not broken that rule otherwise

apologies for the late reply leopardo1234 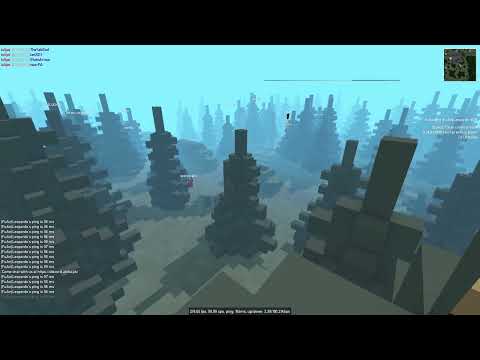 usually I would provide timestamps but this is a 20-minute recording full of what we call softaim a type of aimbot used to hide the fact someone is hacking but it has a lot of telltale signs which one can see throughout.

signs include (but are not limited to); a small consistent straight line bounce back after a shot as soft aim corrects recoil(first kill shows this very clearly), aim with a consistent speed straight line wondering off to someone else by accident as the user holds the ab button too long or the initial target goes out of sight, simple perfect tracking of head or body of target(usually lags behind on spectating due to total ping), lack of recoil control when target goes out of sight or you fire on your own showing one didn’t expect to have to correct it themselves.

So what sums this up I am permanently banned from the aloha servers? I have no way to show that I don’t use so now that My pc is total shit as it has a cpu of 1.6gh hasi that I can’t record my games

Brother if I’m answering you don’t leave me lptm

it has been a day I believe our time zones differ be patient and respectful we have lives outside of this. until you can decide to be truthful about the use of hacks then yes your ban will stay(year ban)
so one last time Leopardo1324 do you have anything to admit to before I deny this appeal for a week?

. The only truth is that I do not use hacks and I have no reason to use it if you can tell me at what time you can see the softaim in the video

timestamps are in the description of the video, you used soft aim at a low setting in the os hacked client.

discussing internally we have decided to unban you under the benefit of the doubt you can join the server now. as always I hope to see you playing legit in the aloha servers in the future.

This topic was automatically closed after 30 days. New replies are no longer allowed.