Hello,I am the admin that banned you.To start off with the less important details,your friend claimed that I banned you because you were better than me,he did not mention any ‘’ Lag Comp ‘’ excuse(whatever that means).In fact your ping was fairly stable at the time.As stated in the given ban appeal layout “Lying severely decreases your chances of getting unbanned.”,so i will give you a second chance to rethink what may have caused your ban.Please reply once you think you’ve revised the matter adequately and have come up with an answer.

Well, I have come up with no answers, Because apart from that, I’ve had no reasons what so ever to actually get banned from there, Just because of a couple of heads everyone thinks it’s aimbot now? I did not disrespect anyone, I wasn’t griefing ( How could I even ) And I was certainly not cheating unless you think you have a proof on that., Does most admins think that it’s impossible to be actually good at the game?

Sadly for you we do not ban without evidence. As you can see in the video below, there was no recoil in any and all of your shots(it becomes more obvious at the last shots of the video), you were also able to know players’ positions behind walls(esp hack) as well as the ability to point at a person’s head with 0 cursor travel time(aka aimbot hack). As the hacking was obvious and the evidence firm, your ban will remain as is and you may reappeal in two weeks’ time. If your appeal is sincere enough I’ll reconsider. 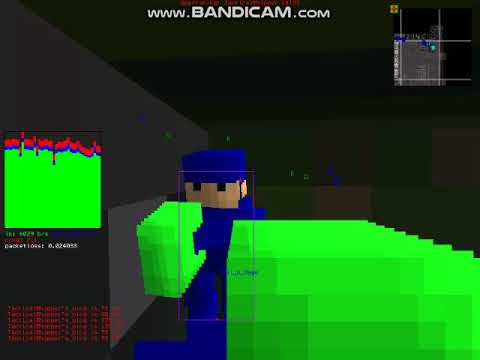 And you call that obvious hacking? 3 things, first off, The looking through walls is game sense, I know the maps by heart because I play counter strike and sometimes I was just alt tabbed ( explained my lag spikes going up ) Second, The ‘’ instant crosshair movement ‘’ I do quick mouse movements, And with how choppy the video is, I do not count that as a proof. And for the ‘’ No recoil ‘’ You were pretty much in third person slightly above my head this entire time, So you can’t exactely tell my aiming, There’s also something called ‘’ Compensating ‘’ You know, That small technic where as soon as you shoot you aim slightly down? Yeah… That’s definitly hacks… No talent or years of playing in that.

Most of the active admins have been playing this game for as long as 6 years. That gives one the ability to distinguish a hacker from an actually good player from miles away. Unfortunately banning solely based on this instinct is not the proper way to do things. The client modifier I’m using is first person spectating, that means im seeing what you’re seeing. However good your map knowledge may be, it doesn’t enable you to point straight at a players head while theyre behind several layers of blocks and since they havent prevously revealed themselves. The no recoil is also undoubtable as even the better players at the game have obvious recoil even if they do adjust their scope right after shooting. If you’re assuming that the norecoil is cause by lag, that couldve been the case if your ping was much less stable and even then some of your shots would have the slightest trace of recoil,yet none of them did.

Also I would like to note that however much you argue and struggle in this appeal the outcome is decided and there’s a snowball’s chance in hell that it will change. Furthermore, as it has been mentioned several times till now “lying will severely decrease your chances of getting unbanned” so trying to ay innocent when you’ve been proven guilty will only make your case worse.

Sorry to interject, and whatnot but…yeah Spy’s video is proof enough for us. You were hacking. The tool he was using is a First Person Perspective ovl, something we’ve used for a very long time with very accurate results. We know what we’re looking for, and so does Spy. This is a time to make it right, we won’t punish you for admitting to hacking we reward honesty. So it’s up to you.