I don't really recall the name I was using at the time but here is a list of the ones that I have used: Gamerbro32,Jack Konrad

If I do remember correctly it was Babel.

My brother did IT! <— (This is a joke. :D) This happened quite a while ago (5 months - 1 year) so I don't really remember the reason but this is how I remember it playing out. I was playing on Babel and there was this guy on the enemy team who was rather obviously aim-boting (Get 10 headshots in 2 seconds) so I go into spectating to make sure of this. When I get into spectating he is snapping like he was having a freaking seizure. All the team-mates on my team are getting really pissed and leaving. So I finally had enough and watched 3 youtube videos on how to aim-bot. I download an injector and I single him out and continue to spawn kill him like crazy. Then he finally quits; and of course like a good player I decide my work is done and
uninstall the inje- Psych! No of course not by then I'm still pissed >:((Cause I only got to kill him like 3 times) so I decide to let loose on the rest of the enemy team, soon enough an admin joins and ends my reign of terror.

If my logic holds up that happened like a year to 5 months ago. Since then I have reached out to play other competitive games such as: CoD,HoTS and Roblox; I have discovered that you will find cheaters everywhere and no matter how much they piss you off: stooping to their level just makes you like them if not worse. So alot dealing with my mindset has changed since then and I hope that Aloha trusts me enough to let me prove that by lifting my ban.

I put some of my artwork in below I hope that's okay. 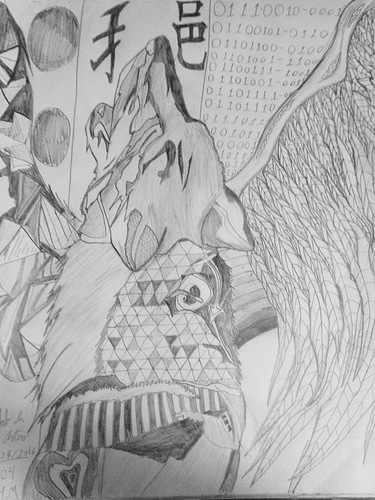 I’ve contacted the admin who banned you. In the mean time, do not enter any Aloha.pk servers until this is sorted out.

Haven’t heard anything but I guess that’s okay… sorta disappointed.

Your ban admin who is inactive now. I will contact him again and if he does not respond within a week. Then one of the admin will take over.

As it was stated before, the person who banned you has been inactive for a month now and the ban happened almost a year ago. Since you’ve admitted to your mistakes and seem to have learned from them, I will go ahead and take over your appeal and unban you. Remember, you can always use /admin in-game to report cheaters, go into the IRC and highlight admins, or record and report the cheater (more of that here). Sorry for the lack of response and thank you for your patience.