1) Votekicks last only 30 minutes. Did you wait at least 30 minutes to make sure your “ban” is not just a votekick?
Yes, I did.

2) What is your in-game player name? Please include it in the subject of this topic as well.
DEK

3) What server were you playing on when you got banned? Reminder: We can only help you with bans that took place on aloha.pk servers.
aloha.pk tower of babel

4) Why were you banned? Lying severely decreases your chances of getting unbanned. If your “little brother” got you banned, tell him to make an appeal, or accept responsibility on his behalf.
I was accused of teleporting, although I wasn’t. I do not have a fantastic internet connection, but it was fine, at least I think. I would at least like a reason for this whole deal.

5) Why should you be unbanned?
Your servers are the only well-maintained ones. I play from time to time, and I like it.

Heyo Dek I am the admin that banned you.
aloha is a community that believes in giving its players second chances, but in order to do that, I am gonna need to ask you to tell me the truth about what you were doing and what you were using that could have gotten you banned. be completely honest staff collect recorded evidence for all bans.

Hi, thanks for the fast reply.

I was accused of teleporting and “rubberbanding”, which I can only assume is another term linked to the first.

I was not teleporting, nor I was abusing any connection issue. If it appeared as so, I apologize for it, not much I can do here.

I do not make use of cheats, although I have some skin mods for the weapons with a third party client installed. It never gave me any issues, it’s the first time for me. I apologize if this is against the server’s rules. I was not aware of anything like this, I’ll revert back to stock launcher settings. 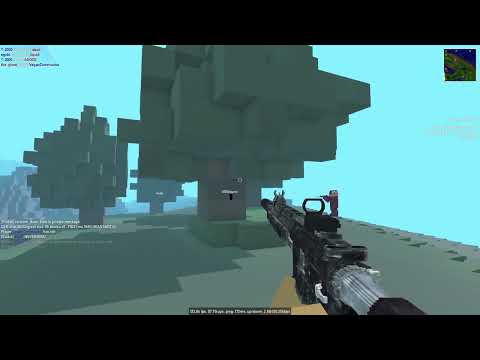 Hi, sorry, is somewhere in the video shown me teleporting? Could you please time stamp it? Also, where exactly am I not slowed down?

I apologize of I sound pedantic, but I’m not exactly sure what to look at.

Thanks for clarifying that the mod’s fine - I like them a lot.

it seems I may not have explained it properly you yourself was not using any form of teleportation hack, the hack you used simply shows up on our side as if you was teleporting/glitch ing/skipping forward which is shown alot in the video (if you do not see it yourself I will timestamp it later today)

I haven’t noticed anything from my perspective during game, but you’re rigth, from the spectator’s point of view seems like I’m stuttering.

Although I still don’t see how this could have got me banned. It’s clearly not teleporting (strictly or loosely speaking) and it’s not something I can control (or at least that I’m aware of).

I already clearly stated that I’m not making use of cheats (because at the end that’s what I am being accused of, rigth?). If you consider this as cheating or rule breaking, I don’t know what to tell you.

I do want to appeal the ban, but it seems a lot like you’re dead set on this being wrongdoing. I have no recording to back my side, and since it’s your word against mine, I guess we’ve reached an empasse.

I would appreciate getting back access to your servers, although I will not continue this conversation further if everything’s expected from me is an unconditional apology. I have no interest in discussing a proof that, per your video and words, is arguable.

If there’s a way to escalate the appeal, I’ll gladly take it. Otherwise I’ll just stop playing on your servers.

there is a slightly better description of what is being showed in the description on the video, it is not the fact you are stuttering that got you banned it’s what the very specific type of stuttering you was getting shows you had, you was using slowdown/less slowdown. as you are not an experienced member of staff I get you do not know what you are looking at and if you wish to speak to someone higher up I can ask that they speak here but it is more advisable to simply tell the truth.

I already explained my position as best as I could.

Unless the higher ups have other sources for proof (e.g. a server side game log, anticheat reports, etc ) I have no interest in speaking to them.

I thank you for the explanation, but I stand on my point. If you wish to terminate the convo, be it. You’ll never see me on your servers ever again, and will not have to deal with an arbitrary jurisdiction again. Win-win.

Unless the higher ups have other sources for proof (e.g. a server side game log, anticheat reports, etc ) I have no interest in speaking to them.

I’ll jump in here to clarify a few things here, first of all as you can see right up there, there’s a healthy 6min long vid of you, but from the very start you can see proof of the exact reason you got banned, whenever you’re running on an even surface, (not climbing, that one is a bug and we’re very aware of that) you can prefectly see that your position is being corrected all the time, in a perfectly timed way, the server and client just correct it as it can because you’re faster than you should be capable of. You can call it speed hack if you want, that’s what got you banned. Go to sec 21, see how you’re teleporting foward? you can have 3k ping and that would still not make you faster than the rest of the players.
here’s a more absurd/clear example of said correction: 10% speedhack - YouTube

This topic was automatically closed after 30 days. New replies are no longer allowed.