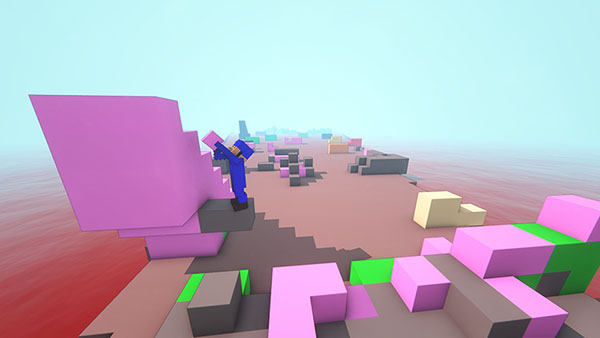 The aloha staff have been using a new system to push ideas and updates more quickly, and it’s time to compile the completed ones into an update post for you, the community! Here are the changes that have been made:

-Decreased map data being sent
At the end of April, we implemented a change that decreased map loading times by about 8 times. Unfortunately, this seemed to cause massive lag spikes on the server everytime a player joined. We have now reverted that change and have been seeing less lag spikes.

-Added votekick delay
Players are now unable to start a votekick until they have been in the server for at least 15 seconds. We believe this will help with preventing hackers/evaders joining the server and immediately starting a votekick to prevent themselves from being votekicked.

-Imger /heaven and /topblocks update
The imger script has been updated! By contributing 1,000 blocks to your team’s tower on babel, you unlock the /heaven command. You can use this command to change the babel platform to an image of your choosing (/heaven <image from /heavenlist>). You can continue to change the heaven every 10 minutes for as long as you’re on the server (even through map changes). Keep an eye on the timer, though; any player who does /heaven first will reset the 10 minute server timer.
You can also now see who has placed the most blocks by using /topblocks on the babel server! Using /blocks will still display how many you’ve contributed.

-Babel Apocalypse bug fix
There was a bug that prevented players from earning an /apoc if an apocalypse was being used. This has been fixed!

-Arena10 weekly rotations
[b]We will be trying to update the top 10 arena server rotation on a weekly basis. If you have a group of 10 arena maps that you would like to see in a rotation, please feel free to share them:

-Kicking older versions of Betterspades
The BetterSpades v0.1.5 update fixed a few bugs/issues that were an unfair advantage towards other players. Since these issues still exist in earlier BetterSpades versions, we will be auto-kicking those versions from aloha servers. If you use BetterSpades, please update to v0.1.5 now!

Please feel free to hop in and share some feedback about these updates! We’re also open to any/all of your own ideas too. If they benefit the server/community, we’d be happy to discuss it!