Cause voteban is abused and anyone who gets more then one kill in a game is automatically a hacker.

The staff member in charge of your ban appeal has been contacted, until this ban appeal is not solved, do not try to join any aloha server.

hello Adam, I am the staff member who banned you from hallway (r1ctf) for the use of aimbot, not recoil and esp.

First of all, let me give you a presentation of what the aloha community is: We are a small and easy group where we believe in the second opportunity for those who come forward, admit their mistake and promise not to hack again. On the other hand, we are very hard on anyone who does not tell the truth.

Lying reduces the chances of you receiving an unban.

Im not gonna hack again cause i wasnt hacking the first time.

Aloha is notorious for people screaming hacks at anyone who gets even a minor kill streak its redicoulse.

I’m going to put things like that, are you sure you did not use any kind of hack?

People get mad when u sit on the top of the thing on babel and snip ppl with the rifle calling u a hacker as soon as u get more then one kill.

Or if you play on the cs server and know the maps cause you actually played cs for years.

Your a hacker then cause u know a map.

Iv never hacked on aloha but iv been accused alot like shooting in AOS is really easy literally its a pixel line up thats it.

And ppl are saying theres so called video of it prove it then.

Then you will not have problems explaining this video? 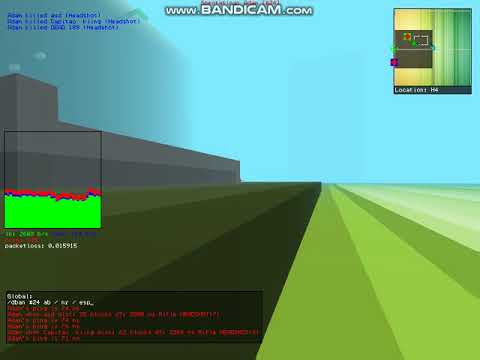 watch the video to see what you think, you were banned in hallway (r1ctf).

video starts admin has a esp hack on.
well fuck me your stupid.

Cam spazzes cuase person recording is having frame rate drop get kill on person standing in middle of hall.

the fact your hacks are on in the beginning of the vid negates everything.

video starts admin has a esp hack on.
well fuck me your stupid.

Cam spazzes cuase person recording is having frame rate drop get kill on person standing in middle of hall.

the fact your hacks are on in the beginning of the vid negates everything.

Well, since you have not yet been able to see your error, I will suspend this appeal for 2 weeks, after that time, you will be able to appeal again.

No im just gonna ddos ur faggot asses into space enjoy that.

Thinking well, I do not think you deserve the opportunity to be forgiven and play cleanly again on our servers. First of all, you formed a scandal in our discord group, and you continue to deny that you used hacking tools.
I will deny this appeal completely.

hey duder, i’d like to clear up some stuff

> video starts admin has a esp hack on. well fuck me your stupid.

this is an admin tool which helps us to catch cheaters who themselves use esp, because generally they make it really obvious. it does not allow you to play while the esp is up - only to spectate

if you want to go shot-by-shot, sure: this shot had no recoil on it. recoil is pretty obvious to see on any legitimate player through this spec tool, but occasionally it can fail because of network lag on one or both ends. for a legitimate player it becomes clear pretty quickly if this is the case

you also snapped to the exact center of his head once your crosshair was near him and tracked it perfectly through your crouch, which isn't something a human does. this shot also did not have recoil

this one i could see being legit if you weren't cheating throughout the rest of the video, aside from the shot not recoiling again. there's a snap but it's not huge or hugely obvious

again without recoil, again with a snap to the center of the head

> Cam spazzes cuase person recording is having frame rate drop get kill on person standing in middle of hall.

unfortunately the camera issue is because of the way i wrote the tool, it's using your physics position data rather than your camera position data which makes it a bit janky in some situations. the orientation is what we're worried about though and in almost all cases the physics position is fine. this kill was also quite obviously botted and also had no recoil

looked like you wanted to get the guy climbing to the top of the wall too, but you got banned first and it could have been coincidence. i’ve watched literally thousands of people play through the same tool used in that video, and i’ve put a lot of time into learning to tell the difference between a legit player and a cheater. every single shot you made in that video was blatantly cheated, and that + your attitude throughout the appeal process is why your appeal has been denied

As i said it wont matter AlohaPK will be gone soon.

As i said it wont matter AlohaPK will be gone soon.

Thanks for not being able to play on our servers.

No im just gonna ddos ur faggot asses into space enjoy that.

Best you could do is fry his toaster

What a loser. Your claims that Zim is using hacks is way off. Thats a client built for admins and guards for the sole purpose of dictating whether someone is hacking or not.

Please keep in mind this tool is also available to the general public at http://aloha.pk/index.php?topic=8329.0
The differences between our version and the public one are very minor