The server was Aloha.pk Arena Top 10 Maps. It was around 5:40PM 12/30/12 GMT+8. So here’s the story: A few hours ago, [DELTA]RD-yum~ was asking people at #SPQR if anyone was available for a 1v1. Later, someone answers and says he is available. Then, I ask if I can spectate the match and he said yes. So, in the server, I see GetAwayFromMe who is actually a friend of RD. Then, the match begins between him and the person RD invited. During the match, RD informs me that it was his first week of playing. I’ve noticed that GetAwayFromMe has been seeing his enemy when he shouldn’t be. At first, I thought I was just imagining things, so I just let it slip away. So, after the 1v1 was over, me and RD hop in and we play 2v2. During this 2v2 I noticed that GetAway was killing me when he shouldn’t even be seeing me. So, at this time, I wasn’t so sure if he was hacking. Later, RD tells him to join Aloha Arena Top 10. Here, he walks toward people behind walls and anticipates people before they even come into his field of vision. With this being said, I was able to determine that he does use ESP. Tobi9sc and [DELTA]RD-yum~ have also seen his actions and can back me up with what I am saying.

Here is a Screenshot of GetAwayFromMe looking at a player while walking towards him while they are separated by a wall: 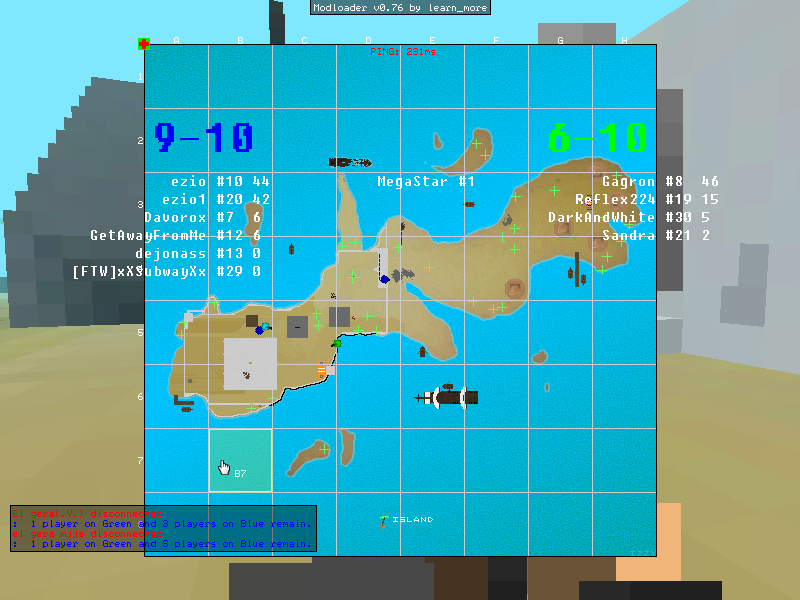 Here is a Screenshot of GetAwayFromMe anticipating a player behind a wall: 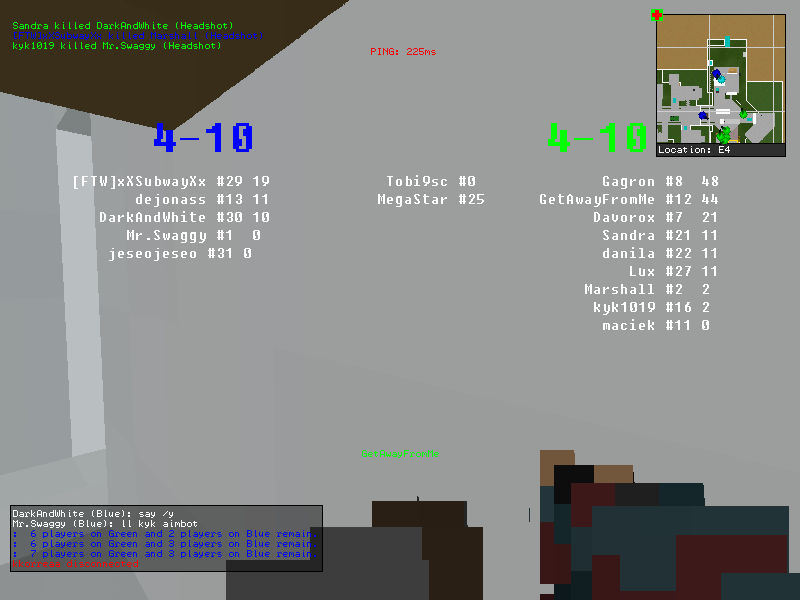 Thank you for taking the time to read this and have a nice day. 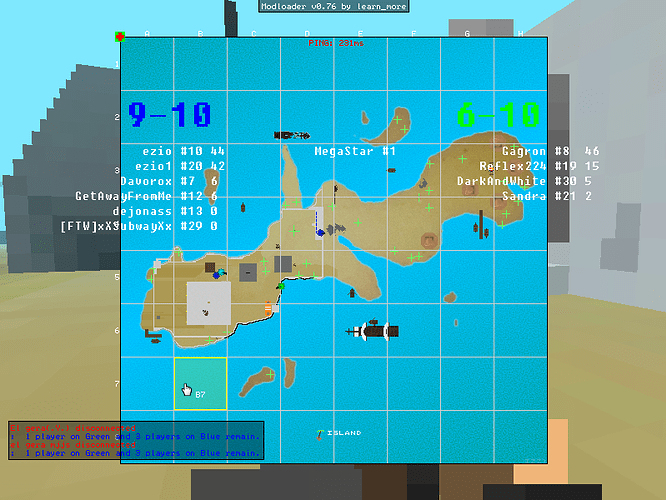 Yeah, guys… I confirm what Dakeku said^
Dakeku and I both played 1v1 against him. Though we were already crouch spamming side to side behind a wall really hard, he seemed like he knew where we were going to pop out. So, Dakeku, Tobi, and I decided to investigate. We all noticed him walking towards enemies behind walls(as said) and hiding when enemies attack.

He’s only been playing for roughly 5 days, he probably haven’t memorized the maps and known the tactics of the people on arena yet, so yeah… ESP?

Unfortunately, all I see in this picture is someone looking at a wall. I notice Tobi9sc was on spec, maybe he saw something?

Well in the second you can see a blue on the other side of the wall on the minimap, and GetAwayFromMe was green.

The first one? No idea.

@Reki: Yes, I saw him snapping and watching peoples through walls (using ingameovl), it’s faster than 1 second, and i saw that he’s not focused on a target, he aims left, right, left, right, that cause him to be killed so no one noticed that he hacks cause of dying and with his ratio. So i agree he use ESP and Auto-aim.

In the first pic,Im guessing someone used ovl and saw that he was facing towards the enemy pinpoint?

Yup, on the prisonbreak map

The way auto-aim is set up, it points directly at the target. So if anything, he’d be using ESP without the auto-aim.

Best as I can tell, either this player doesn’t play anymore or his IP changed.

Best as I can tell, either this player doesn’t play anymore or his IP changed.

What you said is true. I only saw him 2 times so he probably didn’t continue playing. It seems this thread has no more purpose. Requesting a lock.