Alright, now I’ve been playing this Babel server fairly consistently lately and I’ve seen a huge increase in hackers lately. Aimbots and unlimited grenades I can handle, but what players are encountering tonight really takes the freaking cake: 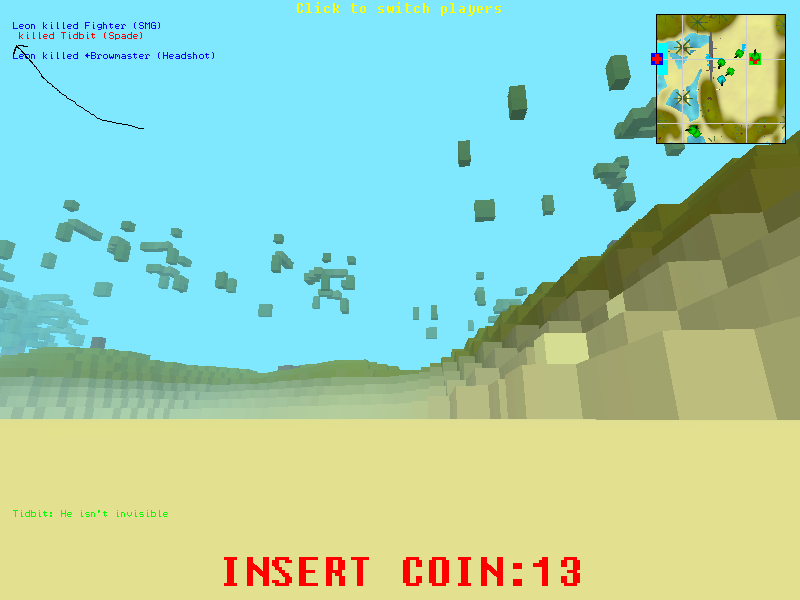 Now I like this server but the fact that someone can exploit it to this extent is seriously unforgivable. You need more active mods and you need them now. You can ask any babel player who plays on this server and they’ll tell you that the hackers are ruining the game. Seriously guys, step it up a notch.

Are te players actualy invisible or are their name just “invisible”

The players are actually invisible. 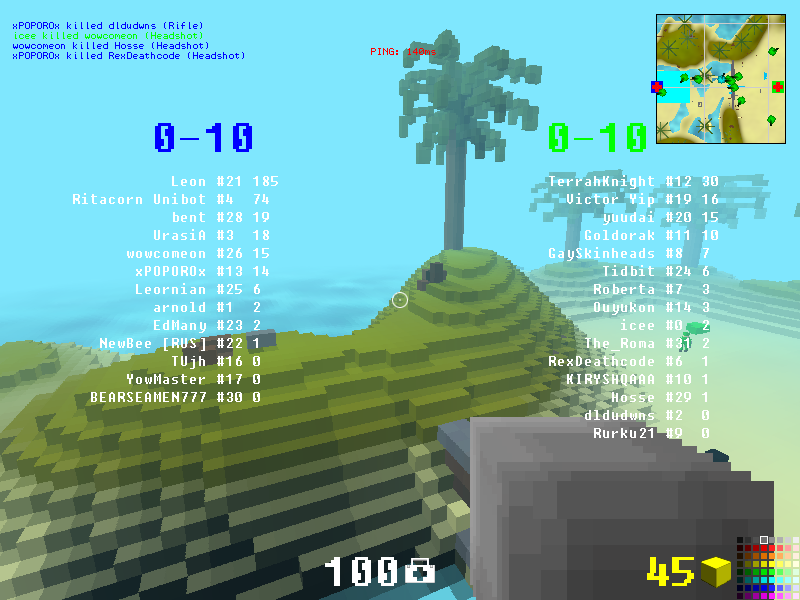 Lero is another one as well, his absurd kill count being part of my proof. I also believe that Ritacorn Unibot as invisible as well since he has the second highest kill count and is no where to be seen either. 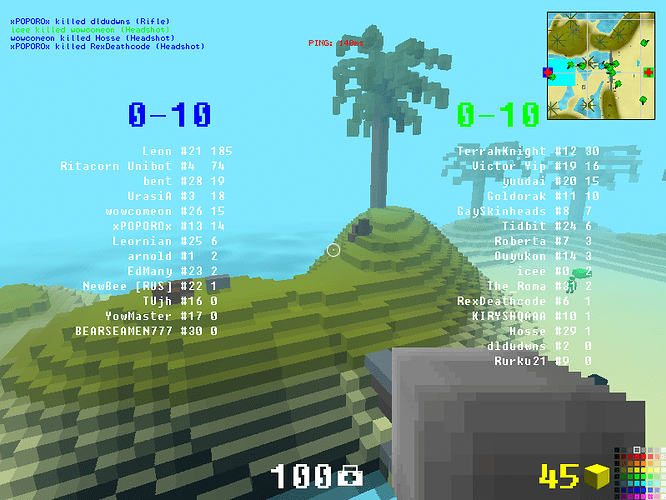 The blank name is not a new thing. I, personally, do not know how to do that. But it’s probably something silly like using a character (symbol) that the game cannot display, as your ign. The players themselves are not invisible. If you want to votekick a player with no name, reference their ID # that is listed in the player list (tab).

EDIT: Regarding the other post, I have personally witnessed a glitch on two occasions where two players have been assigned the same ID#. In such a case, only one of those players show up in the player list. I find it hard to believe, though, that more than one instance of that occurred in the same match.

Hey, I’m just reporting what I saw in game. I can’t really post anything else though, because I’ve just been banned for griefing when I wasn’t. .-.
Tonight really just isn’t a good night.

Hey, I’m just reporting what I saw in game. I can’t really post anything else though, because I’ve just been banned for griefing when I wasn’t. .-.
Tonight really just isn’t a good night.

You left the game while there was a votekick against you in progress. That’s an automatic 30min ban. The ban should be expired by now.

I doubt those players were actually invisible. I mean, how do you know?

For the record, Leon is a known ban evader, he usually gets banned as soon as he pops up on our radar.