Right now in Babel server. Edmany is blocking our stairs with pink blocks (and grey sometimes). He was previously in Blue team and switched.
We did like 3 unsuccessfull votekick against him. 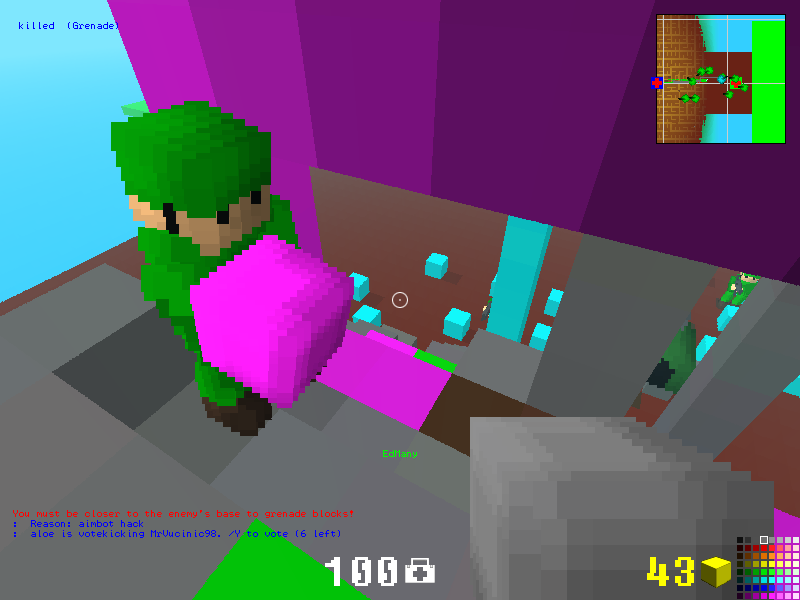 Edit : time to post this, i dont see him online, maybe he was kicked by admin.

I suggest someone “stole” really EdMany’s name, cause i’ve seen him many times in Babel and he wasnt griefing :/.

I togglebuilded him, shortly thereafter he left.

Anyway, i’m conscious these pics are not enough to show what he did :(.

Togglebuild means he disabled his building

Thanks A White Guy. So this explain why i saw he couldnt build at the end :p.