This guy switched to blue so he could grief the blue's tower using his trusted rank. We can't votekick him and when I asked him why he would do such a thing he said that there were too many hackers in blue and that he was "evening the odds". This is a HUGE reason you guys should be careful in giving out trusted. Please permaban him. 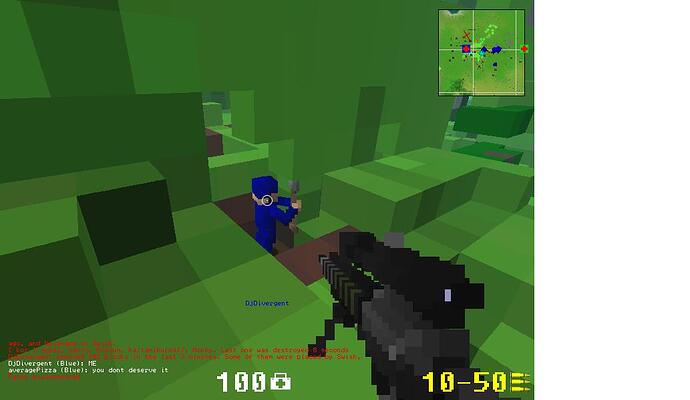 someone who abuse powers is called a badmin

Thanx for reporting this. We´ll look into it.

thanks for reporting. his trusted access has been revoked and he has been banned for 20 days.

CAN everybody just spell correctly Jesus >:(

I saw him yesterday he wasn’t doing anything bad. He didn’t really talk to anyone, and technically he did block the stairs that someone else was building with what he was building. Also even if there are suspected hackers on a team that’s not for him to decide just like its not for me to decide. It is for the true admins to decide.

I made his ban permanent. Doing something like that is a disgrace to us and it’s worse because we gave him trusted. He also hacked to “make it even”.

PXYC he didn’t hack, I don’t think. He griefed to make it even. Still just as bad on Babel.

Hismom please read the title of the thread before being stupid. Thank you.

Hismom please read the title of the thread before being stupid. Thank you.

sorry i delete the post to make you feel better okay