This joyous individual joined our team which was building a solid blue stair.

He then destroyed the blocks below every pillar using his trusted powers, and covered each hole so that the griefing was not visible.

Needless to say this is very annoying albeit clever as a trolling.
Conclusion: I think SemicolonD is abusing his trusted powers.
Many people have seen this and might speak up.

Well, That’s kind that you care… but you do realize any individual can destroy a map’s block. Seriously never had anyone care that much for me on a forum.

Though, I like to be a loner sooo… yeah give up.

Hi. You are lying again, only a member of my own team could have done that (and at least a trusted player), since to cover the holes you need to be able to build in the enemy area. Players can’t build in the enemy stair, even admin or trusted users.

I will look into this abuse of trusted powers asap if I find any thing Ill carry this up. If you have any screen shots or video evidence It will help greatly.

Well no I didn’t take any screenshot, should have. As all pillars looked untouched from the outset it didn’t seem like a threat to see him digging around.

I’m going to take a screen shot of how I think It looked according to the diagram please correct me if I’m wrong. 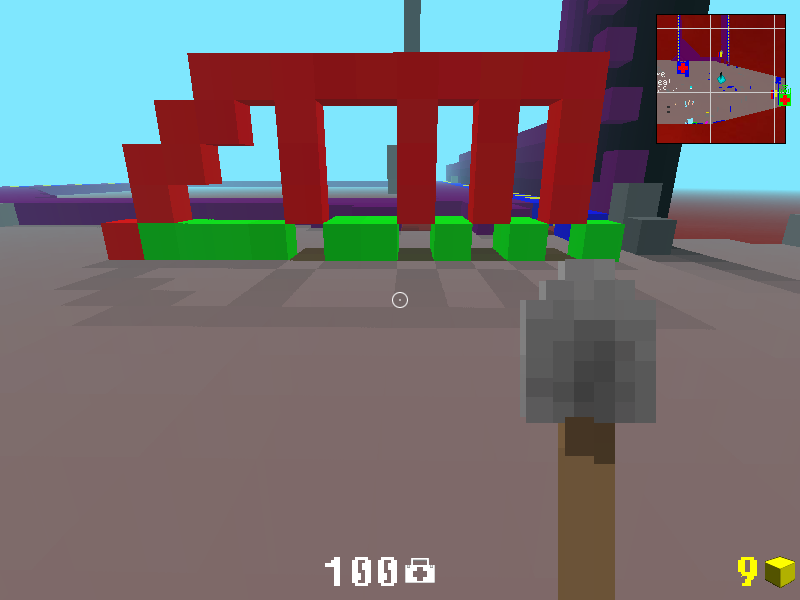 Yeah but holes were not visible at all, hidden with newly placed blocks (same color as floor).

That is just for clarity and so the damage may have be seen. I’ve launched a full investigation and am looking into it right now.

Edit: due to evidence such as images and video not avalible it will take time.

Yeah but holes were not visible at all, hidden with newly placed blocks (same color as floor).

Can you explain this in detail (or illustrate if you have the time).

Also, while you can’t /votekick a trusted member, you can /griefcheck or /gc (don’t quote me on that). It’d be very helpful to see if a massive tower (100+) blocks was attributed to a player.

Normally /votekick’ing does a /griefcheck automatically, but that obviously didn’t work in this case. 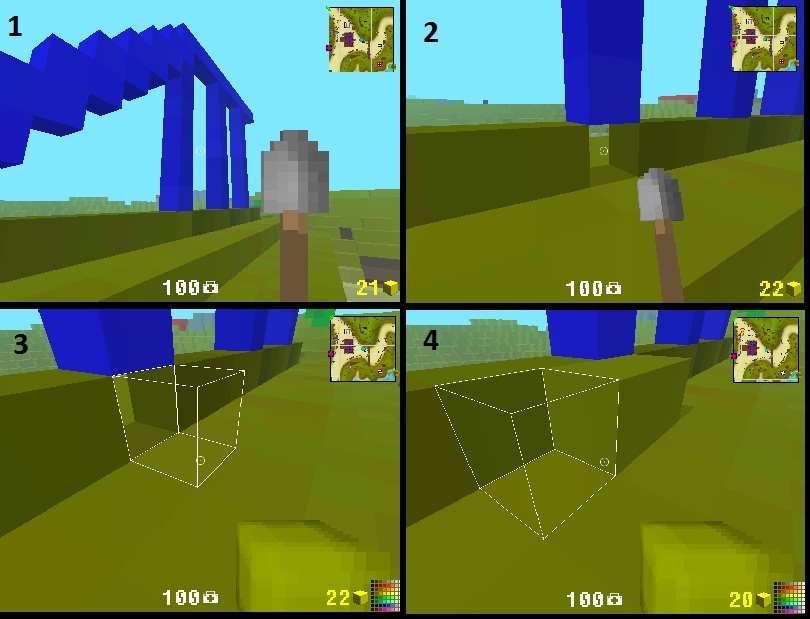 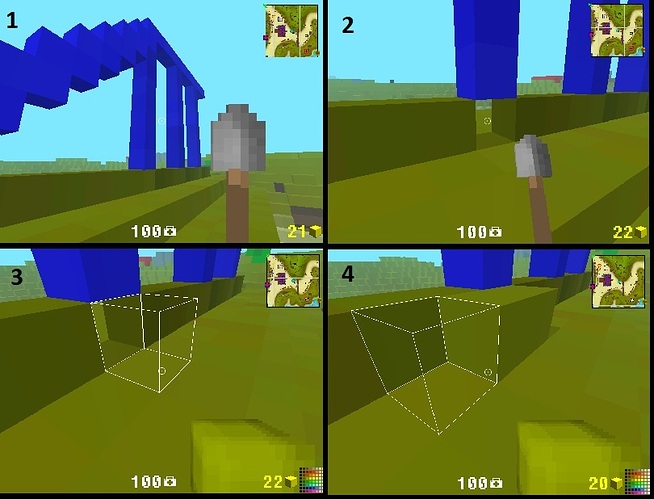 That’s exactly what I think he is referring to.

I remember being there when this happened. Basically, Ponce started saying in chat that SemiColonD was griefing his own team’s tower with his trusted status. When this happened, SemiColonD started a votekick against Ponce for griefing. It didn’t go through because Ponce wasn’t griefing. Ponce suggested that SemiColonD started that votekick so that Ponce couldn’t votekick him, which is probably true. Within several minutes, a few other players also started saying that SemiColonD was griefing. I didn’t see the griefing at this point because I think he was on the opposing team. However, over the course of the rest of the match, SemiColonD changed teams several times. At one point I heard digging under the tower. Because I am trusted, I was able to remove a couple blocks to get under the tower to see who was doing it. I then saw that it was SemiColonD digging out a large section under the tower. At this point I asked him in chat if he was griefing. He stopped what he was doing and told me he was making a ‘sniping hideout’ or something. He then broke a block to look out of and acted like he was sniping out of it. I don’t know if he was being truthful or not, but due to Ponce’s prior accusations, he was probably lying. And anyways, he shouldn’t be doing that under the tower. I would also like to point out that we were far back around our spawn area to the point where he wouldn’t have been able to even see anyone on the other team. In other words, it wouldn’t make sense to make a sniping spot there. That was about all that happened. I think he left after that match or something.

[font=times new roman]Why I want a trusted password?
Well I get votekicked many times because I was to “good”, or if I was cleaning up what I built I get votekicked. I just really hate it when that happens to me or to anyone else without evidence.

This is interesting…not blaming, but some griefers claim ‘cleaning’ or ‘building something better’ as excuses to destroy.

Detective Monsta is the Best Detective.

Semicolon there’s a few questions that I would like to ask you beep me on the irc next time your on.

At first SemiColonD was on the opposing team. He changed team once I think. I seen him destroy an aerial bunker at the front of our tower, removing a front wall. I then accused him of griefing while being trusted, and he started a votekick against me with “griefer” as a motive. I was very busy building so I lost track of him and repaired the bunker.

~10 min later (or was it much longer?) I seen him he was doing the “sniper hideout” under the section of the tower near the tent, and I think it was Reid which questionned the utility of that. But I thought at this time it was harmless because the rest of the tower was seemingly linked to the ground.
When the tower was destroyed it was 100% removed, perfectly, and then I saw a hole below each former pillar.

Wow this is actually a shock to me, I’ve always trusted Semi.

Wow this is actually a shock to me, I’ve always trusted Semi.