What should babel be?

Just curious about what you people think. Personally, I think that the SMG (at least in 0.75) needs to be tossed from babel. Its too overpowered at long distances. Unless someone reduces dph to like 5-10, I think SMG should go.

why do we need to change something that isn’t broken?

Honestly, I think the rifle is a lot better than both smg and shotty, unless you’re using the smg to shoot the tower down.

I think the smg’s damage is fine for towers.

Babel is one of many game types and quite honestly the most popular. I switch back and forth between both rifle and smg depending on my objective and do not find smg to have any specific advantage for the game mode. If i need rifle i use rifle. if i need smg, get smg. But, maybe you can provide an example(video evidence) of your experience where it provides an unfair advantage. I personally like it the way it is.

The rifle easily overpowers the SMG at long distances. In addition, your poll is flawed, because I personally don’t want to remove any weapons from babel. I think it’s fine.

The only uses SMG has in babel are for tunnels and tower destruction. Shotgun is just plain pathetic and useless in babel. With that being said, I think we shouldn’t limit weapons to players like minit.

Changing the game for your own preference != Popular opinion aka Game-Mode Wide. And aem, shotgun is fun on babel! Anyway, add “No changes” to the poll.

SMGers really only hurt themselves by using it, because from my experience, a better ratio is gained with rifle than smg on babel, although admittedly, SMGers are the ones that usually take out riflers.

Off topic: funny how there a more posts than there are votes, just shows how lazy people are.

The poll is both a new edition, and doesn’t adequately represent all possible options (ie; no change).

Also, to the SMG haters: I find 2 groups of people: the ones that are nostalgic for the “good old days” or pre-smg (and a pickaxe for that matter), and the other group that’s irritated they constantly are wiped out by SMGs.

To those that think it isn’t effective, you should go up against someone who’s truly skilled with it. There are crappy SMG users as their are crappy rifle users. Both used by the best, I’d find it hard to make an argument one way or the other, although I find the SMG to be a tool. In other game modes I frequently use it to quickly dig out a stair case or wall, or remove someone’s cover.

Personally, in Babel, I’d rather go against 2 skilled rifle users than one skilled SMG.

). The closer you are with a smg to a group of people the more damage you can do to a group but if your like me and just sit spawncamping a shotty is the best for behind lines decimation (that is if you even make it behind lines)(a tag team smg/shotty can be nasty once they get behind enemy lines and take shoots at just spawned players).

Its just an opinion sniper, I just want to see what the public thinks.

You’re not allowing the public to express themselves correctly though because of how the poll doesn’t include one of the most widely held opinions.

What opinion? No rifle?

No, the opinion that everything is fine exactly the way it is. Are you reading the thread? That’s what a large majority of the people who’ve commented have said.

Honestly feel like that some people in game is bitching complaining about when others are using SMG. But then the thing is that a rifler can easily kill someone using an SMG at long ranges even in v.75. Everything seems fine in babel.

Personally, in Babel, I’d rather go against 2 skilled rifle users than one skilled SMG.

I bet you would. you got rifled bad at 1:35 eightbot =P and you cried about it! 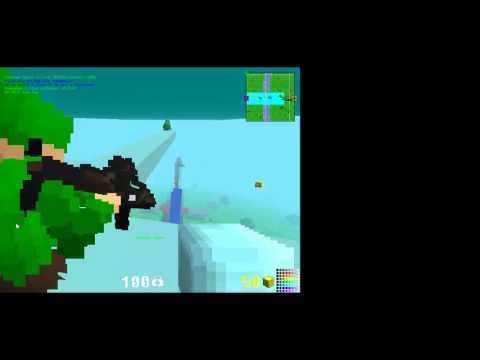 I was trying to connect them!! We were so close!