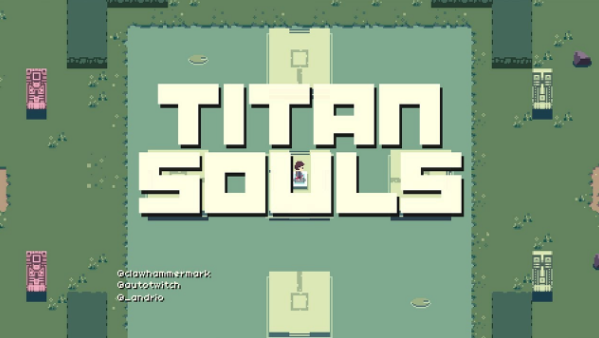 I’ve been playing this game recently and it is amazing. It’s basically a bunch of boss fights coupled with nice scenery and world design. Sound familiar? It’s nearly the exact same concept for Shadow of the Colossus.

The main point of it is Bow + 1 Arrow VS Colossal Bullies (Or maybe you’re the bully???)

Game can get pretty hard, especially if you’re using the mouse or keyboard, though that’s what I’m using.

Here’s a video I made showing one of the cool bosses with the cool music. (:

Ooo looks fun! Can’t wait to give it a try. I love the environment - very detailed.

I wanna get that game for sure

Looks pretty fun.
But dios mio, the character is so small.

soo? The character looks cute ^-^
idk why but I have a soft spot for small pixel characters fighting big bosses.

soo? The character looks cute ^-^
idk why but I have a soft spot for small pixel characters fighting big bosses.

Yeah, he does look cute.
But I think that he would be hard to see.