We came so close to covering half of pinpoint with rainbow pattern, and half of it with a zebra pattern. It was clearly drawing attention, so the server populated, making it impossible to finish totally, but it was 99% covered. (See screenshots below). My finest hour on AoS, I'd say. I wasn't really thinking ahead, though. When somebody joined the opposing team, I didn't want to nade them, for fear of wrecking our beautiful artwork–and anybody's whose played me on PP knows that about the only way I can kill people, because my rifle skills just don't cut it ;). 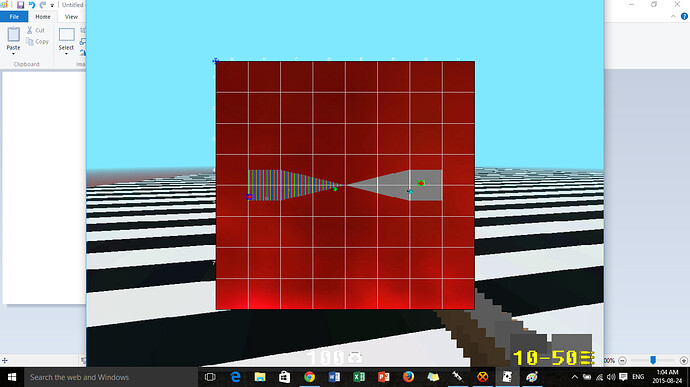 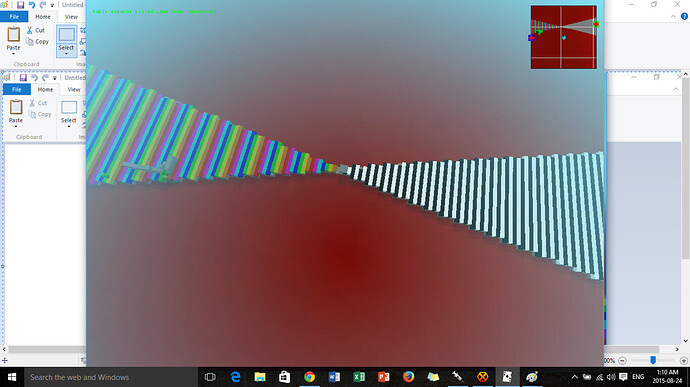 Nice, Techno and I built a multicolor road with tons of patterned shades to get the right distance for 143 shot challenge, and a 63 block high magenta tower, all on pinpoint, having to constantly defend and repair it.

It would be awesome to play on a pinpoint like yours, it looks really cool.

This was actually a fun relaxing game at 3-4am