I mentioned this game once before, but it really deserves its own thread.

Teeworlds is a free 2D sidescroller multiplayer game, in which you mercilessly kill others with hammers, pistols, shotguns, grenade launchers and lazers, and then go on to smile about it afterwards.
the “tees” are basically sadistic ultra-violent monkey-Kirbys without the inhale ability. so that’s a positive thing. 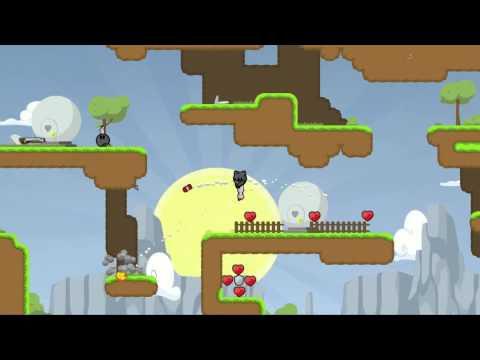 website link: https://www.teeworlds.com/ (download is on the front page)
it’s also on steam, but it’s not required: http://store.steampowered.com/app/380840/

I’m also hosting a temporary server at superweed.alienminds.org:27120. the password is simply “aloha”.
since for whatever reason you can’t paste text into the IP field for direct connections, if you don’t feel like typing out that domain, you can also just search for “muffin’s testing server” in the server list.

tell me what you think of the game. I’m hoping to make this an official thing, if people approve. it’s not our usual FPS shooter game but I hope that won’t matter too much.

why not put up a “permanent” server or two on the aloha.pk Vegas box?

I used to play this a few years ago, it’s fun to play every once in a while. It takes a bit of skill to swing around the map quickly while shooting.

I used to play it a bit. It’s pretty fun.

I love it. Thanks Muffin

this isn’t an fps but it still somehow looks fun?? i’m playing it next time i have bandwidth