But, an extremely campy map. There are nearly no maps where building is more frustrating and less fun, because campers from the side platforms are very difficult to deal with. Relatedly also, a very slow map.

INTRODUCE 1 hp per second DAMAGE TO THE AREAS SHOWN! 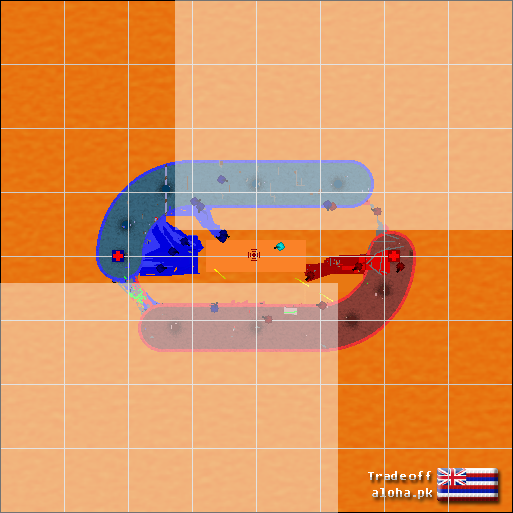 do you mean the lighter areas or the darker areas?
also MY suggestion for improving tradeoff is…
removing tradeoff

Tradeoff is perfect as is
The only improvement I can think of would be making Tradeoff or Ellipses occur every 3rd round in the rotation.

This map is a camping and spawnkilling heaven. I don’t like it and I don’t even know how to improve it…

tradeoff is bad map
however, prokaryote’s suggestion is overkill

anyone else have any ideas?

This map is a camping and spawnkilling heaven. I don’t like it and I don’t even know how to improve it…

Although I guess that’s why people play it and like it,

It’s better to leave the map as it is, since as we all know, if we change a map, the community begins to complain as if you had taken their candy from their mouth,

and i’ve seen people each month grifing (and votekicking those doesn’t usually help…), and guess what they do? as soon they start they begin to digging down the tent to the bottom of the map, and it’s even worse when they are many. once they dug a 2 x 2 hole and kept grifing, and my team lost the game thanks to that
please make the digging protected area bigger

you can build walls to avoid getting shot at from the sides, and to not get spawnkilled but it’s not really worth it since you can’t build high ones here
currently the thick walls and the intel platform are at the same level (like this - -), if the intel platform was 10 or 15 blocks higher up (like this - _) it’d be much harder to spawnkill and people would focus more on playing babel

ok here’s the worst part: you can sit on your side and and camp with a rifle - if your team is blocking your sight with the bridge they get a huge advantage and they’re very hard to kill, or, the smg gays can easily hide on their side under your bridge and make a new hole each time they’re emptying a mag, and destroy everything in their sight that way. you also get more vulnerable when you look down to try to shoot them, and the chance of killing them when they have same color as the wall they’re hiding behind is really big
maybe we can make a version where the sides are merged somehow? so it’s looking like a circle and you can easily get over to the other side?

damaging players in certain areas isn’t the best idea but we can implement that too; 10 hp each second you’re in the enemy spawn area

moder: who is enough dumb to evade a ban with the same nick
i am