Or, “Why I Should Always Listen For The Digging Noises.”

So over the past while I’ve been playing Babel, there are times when one team gets a chance to COOOOMPLETELY and UUUUTTERLY handicap the opposing team, carving-out nearly the entire area of their towering space. While it takes a great, long period of time to accomplish, the payoffs are both…astounding, horrifying, and hilarious.

I have a handful of screencaps of moments where this has happened, so let’s start small. 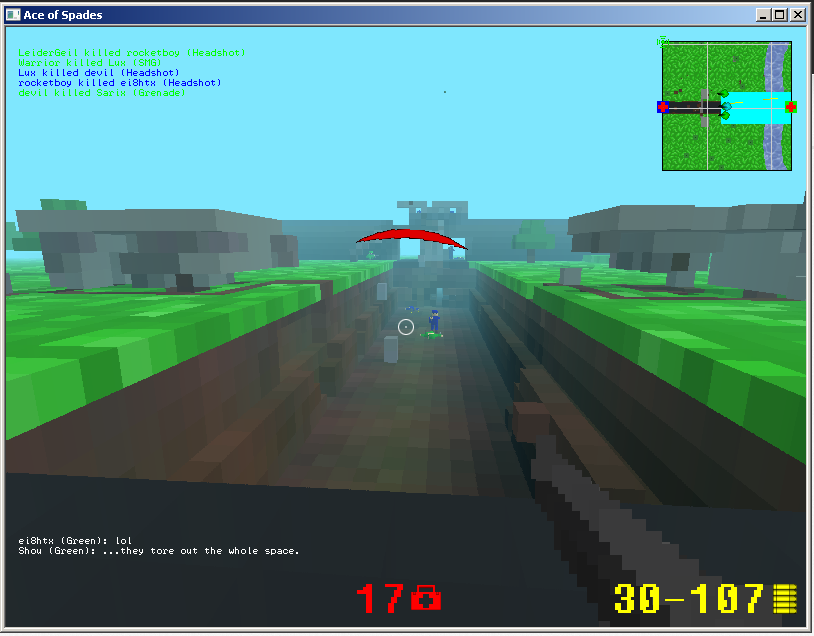 Yep, that was…about the entiiiire area where the blue team could build. 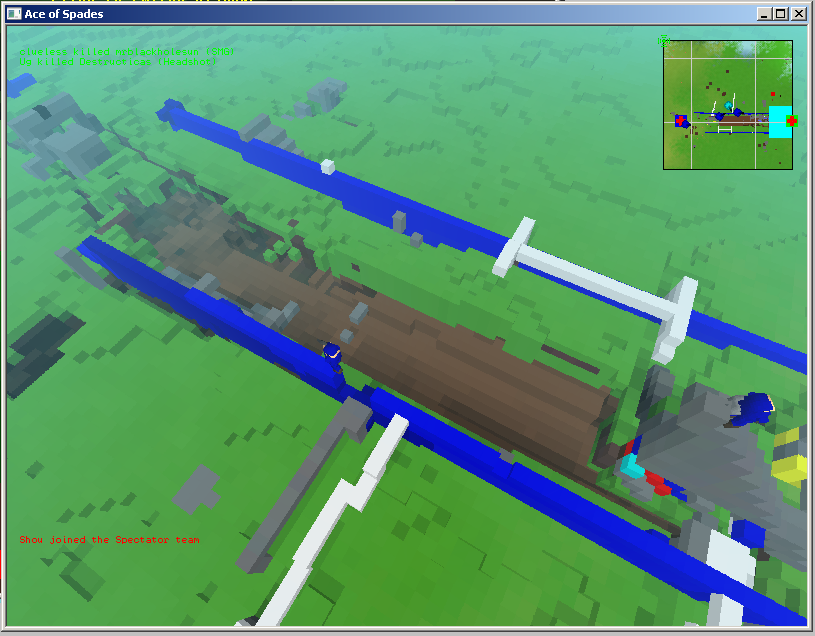 Same on this map. I think this was blue’s area again.

But just now, the Babel server was being kinda slow - not many people on. Just five or six people playing, myself included. One player on green was dedicatedly digging through the walls where blue could build, cutting it apart piece by piece. I joined him.

And the fruits of our labor? Well…

Oh yeah, and then the guy I was working with tore out one more wall. 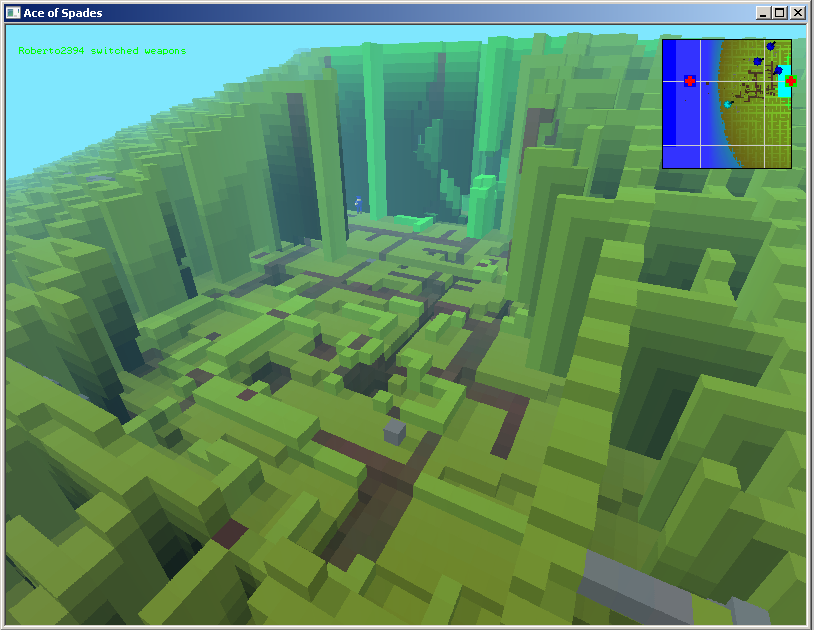 NEEDLESS TO SAY,
this is probably the best way to utterly cripple the opposing team. >_>
Usually the enemy team finds you when you’re digging and stops you from continuing with ease, but sometimes you get lucky. And things like this happen, haha.

Just thought these screencaps would make for an entertaining museum of carnage. 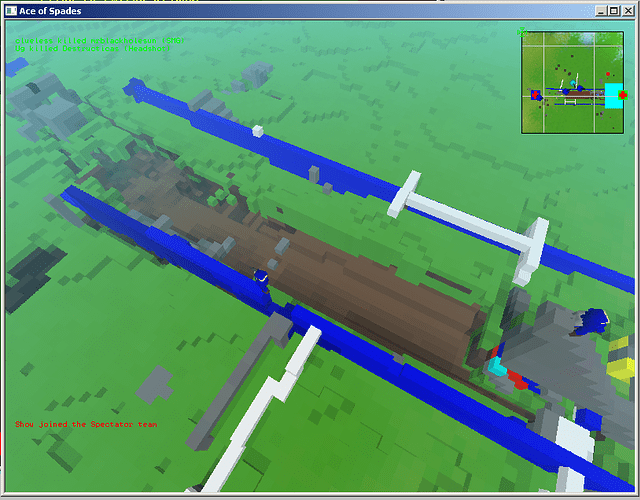 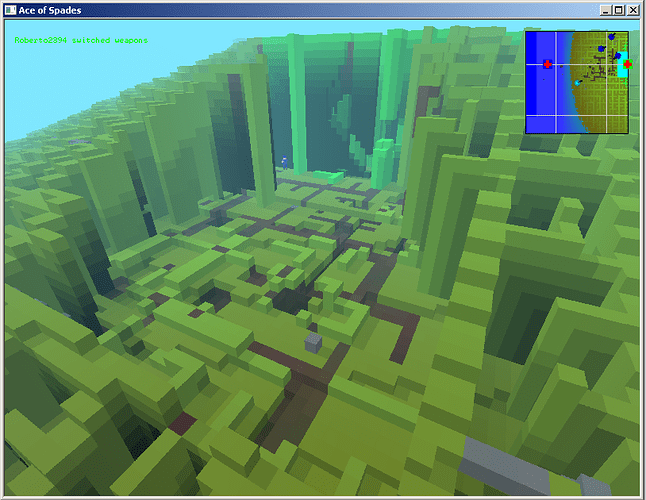 hahaha omg. Does that really ever happen

I once logged into hallway, except it wasn’t hallway…or rather, the hallway was widened to cover about 6 coordinates in width.
Someone (or ones) carved the entire thing down.

haha good strat. seems like it would be more difficult to do that than build a tower on your team’s side of the map far from enemy spawn…

I once logged into hallway, except it wasn’t hallway…or rather, the hallway was widened to cover about 6 coordinates in width.
Someone (or ones) carved the entire thing down.

I was on the top when that happened once, the entire thing came down at once, no piece by piece, all at once.

Because 1 block can hold up 1 gazillion blocks. Take away the support and eeeeeverything goes down.

I remember that day carving out the street…