I was checking out the new icons on the page, which are quite nice by the way (gj Danke), and was browsing on some map status’s. I took a picture of what I saw on the hallway page. 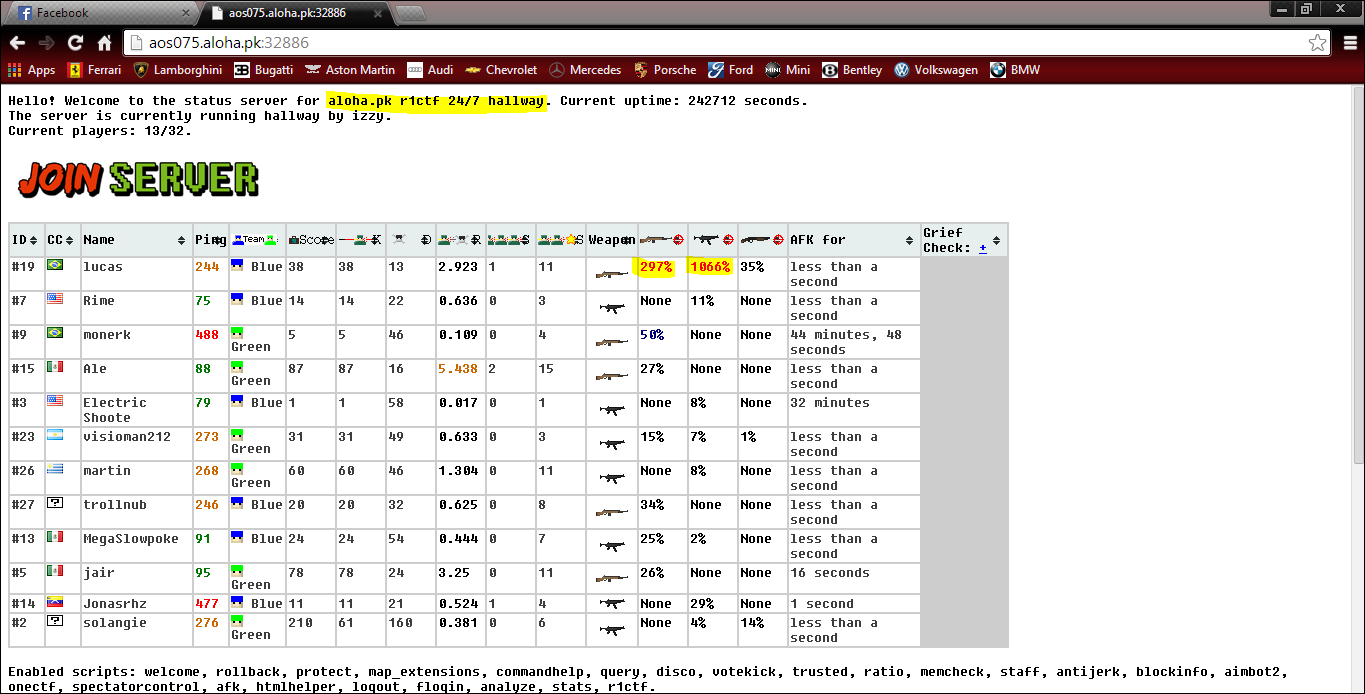 As you can see, lucas has an outrageous accuracy for both the rifle and smg. Just wanted to let you guys know, and I hope this information helps in any way. 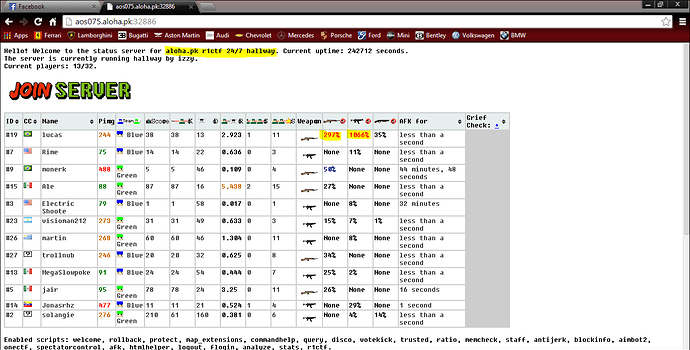 Most likely MultiBullet, although no admins ban on accuracy alone. Unless of course, he is ban evader.

That is what I figured, a possible ban evader. If not, then they could at least keep an eye out for him.

Its to general of a name to consider ban evasion. Like seriously If I searched lucas in the banlist I would pop up with 10 ips from all over the world.

Would it be possible to check the logs of hallway and get an IP on him, and use it for future reference? You don’t have to do it, because it does sound like a lot of work to me. I only want to know if that would be possible.

I reported him like 3 times when I wasn’t a guard. Don’t know if it was the same guy.

Do you know the exact number of bans for the name lucas? Its over a hundred and i’ve seen non hacking lucases so it means that its to general to ban off.