Danko added celebratory tower-destroying fireworks to the Tower of Babel game mode that explode at the end of the round: 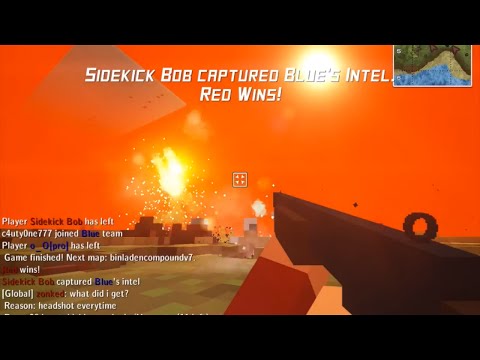 he also fixed a glitch that would occasionally crash Voxlap clients, which has already been patched to all servers.

Agh i hate getting reminded there is a graphically superior version of ace of spades I can’t play.

I’ve found a rather small bug with the new script. If you join the server and the map changes before you join a team, the babel platform will be invisible for you on the next map. I am pretty sure you can shoot players who are in the middle of the heaven from the ground this way.

@LostMotel: Your video has the wrong name.

@LostMotel: Your video has the wrong name.

As everyone knows, Danko’s scripting skills are infallible, so I just went ahead and assumed it must be ei8thx’s fault again

Wow. Just found this. And no, wasn’t me lol.

Everyone blames me. Even if I’m not in it