Pretty much unknown to Aloha, I just started working on a map for babel a few days ago. I couldn't believe it but it actually was easier to make than I thought. The map is Arica Harbor based from Arica Harbor from BFBC2, which is a bit of a throwback to when aloha had Battlefield servers. I also posted this in the Ace of Spades topic about babel maps. Here are some screenshots of how the map is looking (as of 12/03/2017): http://imgur.com/a/Z4gUf

It came out pretty nice! Anyways, tonight I talked to a few sysadmins, and low and behold this happened:

CapRex allowed me to test out Arica Harbor on the aloha.pk babel server. The test went great! I recorded a video of how the game plays out: 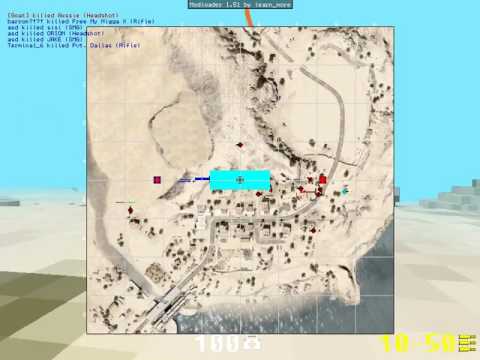 Well, not bad for my first map. I wish some people that weren't there could have gotten to play it, but chances are that when it's updated again tomorrow, it will be played again. The general consensus was that it's a really good map! I only need to make a few minor edits here and there but it's fairly balanced and everyone seemed to enjoy it! Based off of the suggestions I had, and what I want to do, there will be a few updates.

Planned updates
A few more buildings
Props such as tanks and other vehicles
Trees, shrubs and other vegetation
Finishing the rail bridge properly

There's a link to the current map in the description. It's being worked on and is expected to be finalized within the next few days.

Great job. Seems you have a knack for map modeling!

Looks neat! Can’t wait to see it on the babel rotation.