This saturday, 28/5 - 2022 (TODAY) there will be a voice chat event based on aloha servers with a marathon competition part that is entirely voluntary!

It will involve hanging out in voice chat, play on some aloha servers or maybe some others and have some fun. No preparations are needed, just join aloha discord voice chat from said time and date below and hang out. More information on servers to play on and such will be provided during the event.

Starting time is sometime in the afternoon/evening in Europeanish timezone and it is a drop-in event so come and say hi and hang out for a bit if you want to. It is perfectly ok to just show up and listen to our amazing conversations without talking too.

Timey zones
The official starting time is presented below, someone told me it had to include timezones… It might start a bit earlier(or later) so just show up if you see people in aloha discord voice chat. It will also be announced in aos general channels on discord, if I remember to do it this time.

I think this translates to 6 pm UTC +0

Some more information
Since this is very planned and super organized there will be some kind of prize for some kind of win. Probably that you get a free map change ticked of some sorts on babel, or a personal character for Snail wars series that is ongoing and very high quality story hosted by some weird bird.

Also if you want to participate in the marathon part of the event make sure to run some kind of timer if you show up after I do and for some reason manage to play longer than me. So we actually can figure out who won this time. (Last time it might have been Accu but since we were so tired I am honestly not sure, it went on for 9hs + in any case)

Also Wiki and Aster kind of promised to show up so I will kind of expect that someone else than me show up and get this event going properly. Wiki might even start it early or show up late, who knows.

Last three events and semi-warmup event have totally been amazing, and planned. One time we even had 15 people in voice chat at the same time so pls help us beat that record this time in this totally super well planned events of mine.

I was also supposed to give credit to one of my friends that kind of usually help make these events work but I was told not to so I will totally not credit said person here, and I totally promise not to do it on said event either. Therefore I do not credit the player of many facts and informations in wikipedia format for the help. Also Accu is totally credited by the way, and co-planner so lets hope he shows up.

If your time zone is not included use some UTC +0 converter for 6 pm or beep me and I can type it into my epic timezone planner thingy for you.

We also need to remember to ping Jsalty 5 hours after said event have started.

This is the price(prize)(fine) pool btw: 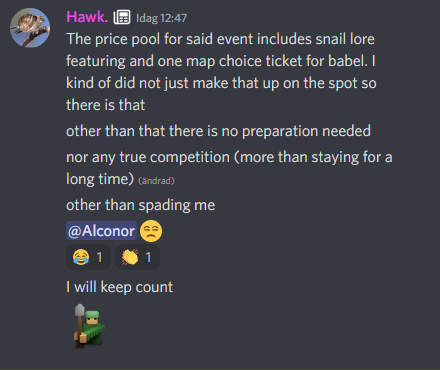 Event starts in 7hs. For everyone confused about timezones even after Mikuli helped. Next reminder will be in 7 hours.

It is kind of the right time now so I will start warm-up in voice chat!

Waaaait so uhh did we set a new highscore? rip 9h?

Yes! We did, now we hold the official record. Next time we do the marathon part we have to try and go for 11hs, or if we are silly enough we might even go for 12

Also tons of amazing people showed up for this one. Thanks for showing up and making it amazing 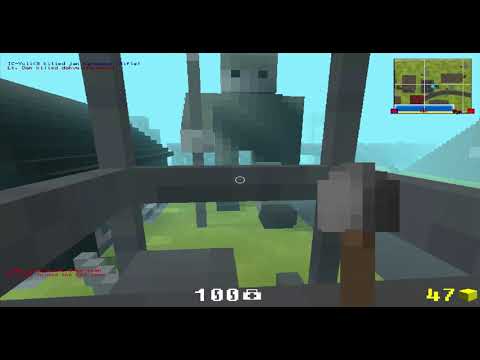 From the winner of the event