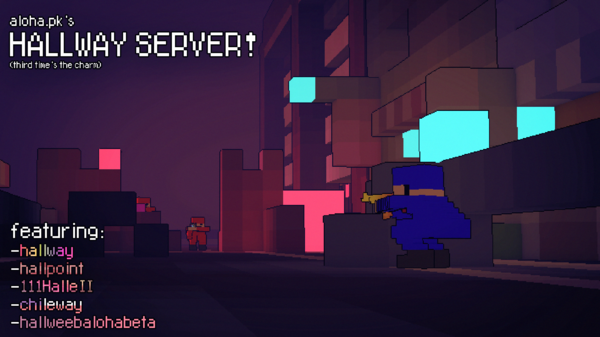 How does the new gamemode work?

To celebrate this server launch, we’ll be holding an all day event!

When: 8/1/2021 starting at 12PM UTC
Where: aloha.pk hallway server status page
What to bring: No presents, please- but bring skill (it’s going to be needed :o)

Please vote in the poll above to choose which map you think should be played during the event!
Leave a reply below to let us know that you’ll be there!

Fantastic, also if you dont mind, could you share the artwork given above without the map’s names and stuff along with who drew/outlined it(unless it was just a screenshot of dankspades in which case send the screenshot pls), would be really cool!

Also, how long will the event be hosted for?

Weebway was really cool to go through on the cyberspades server and it would be an absolute blast to get sniped by 15 campers up top. Cant wait to play in this event!

Event tomorrow, the hype is real!