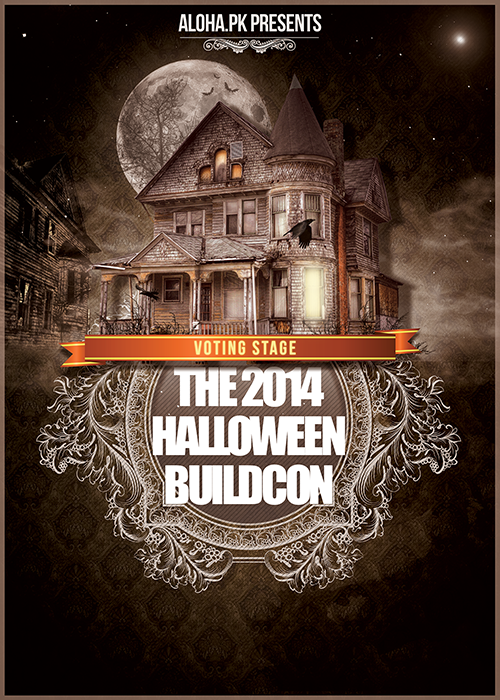 There were 9 submissions for the Best Sector Competition on Halloween Buildcon 2014. Each person gets 2 votes, use them wisely!

Included are pictures below with a blown up mini-map in the upper right corner (in order of submission, and matching the poll order above). The pictures don’t quite do it justice, though, so join the halloween buildcon server and look around. 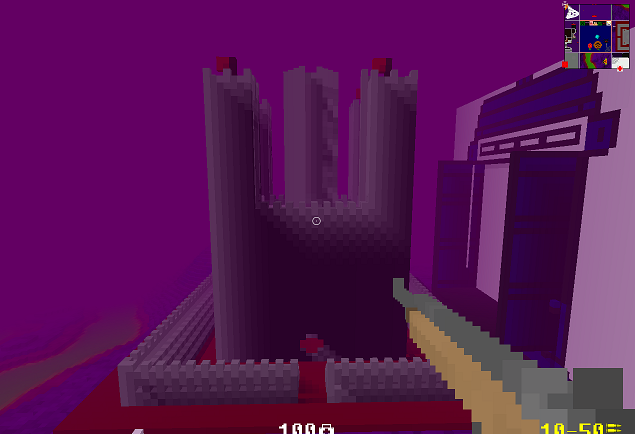 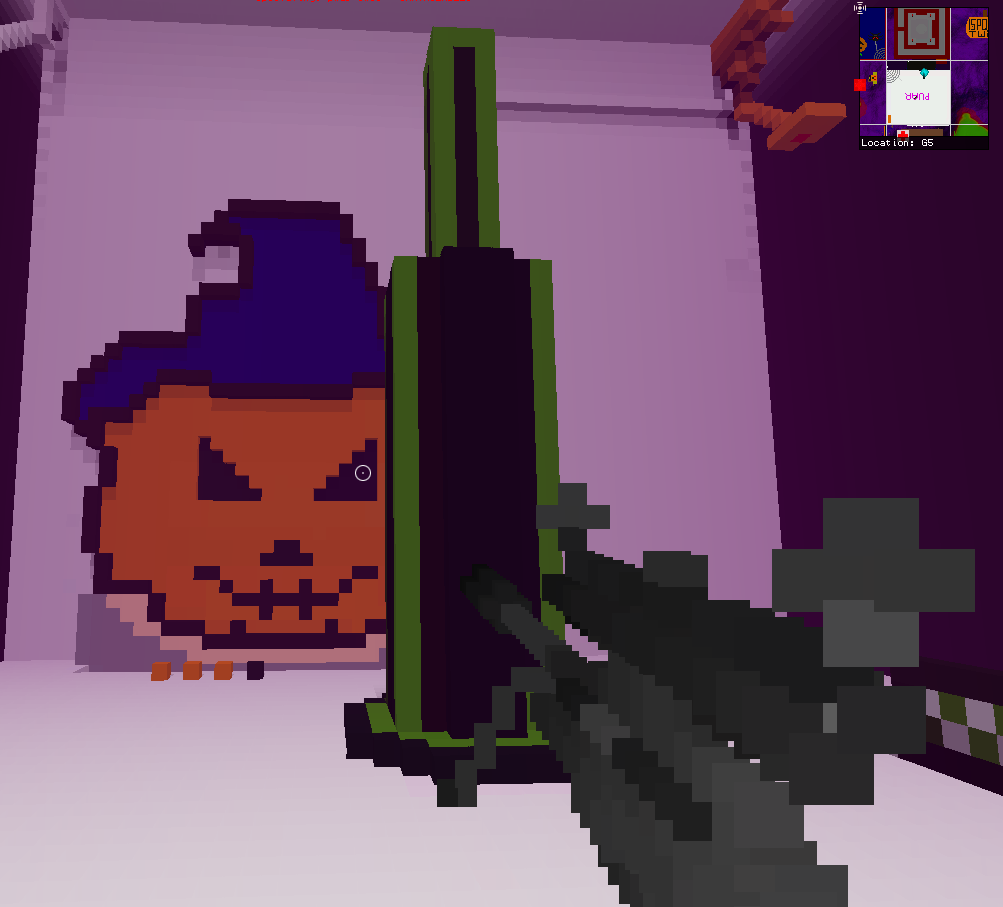 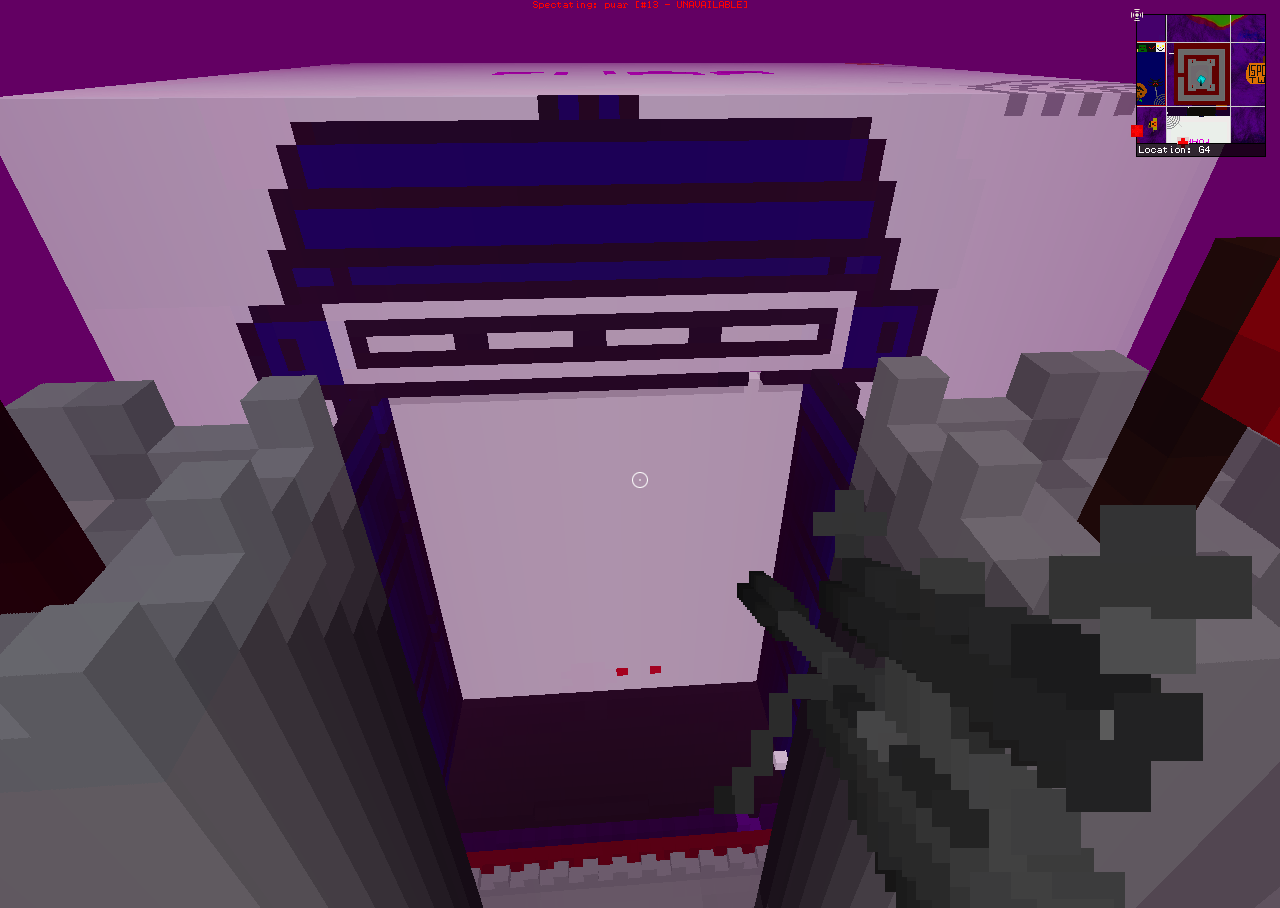 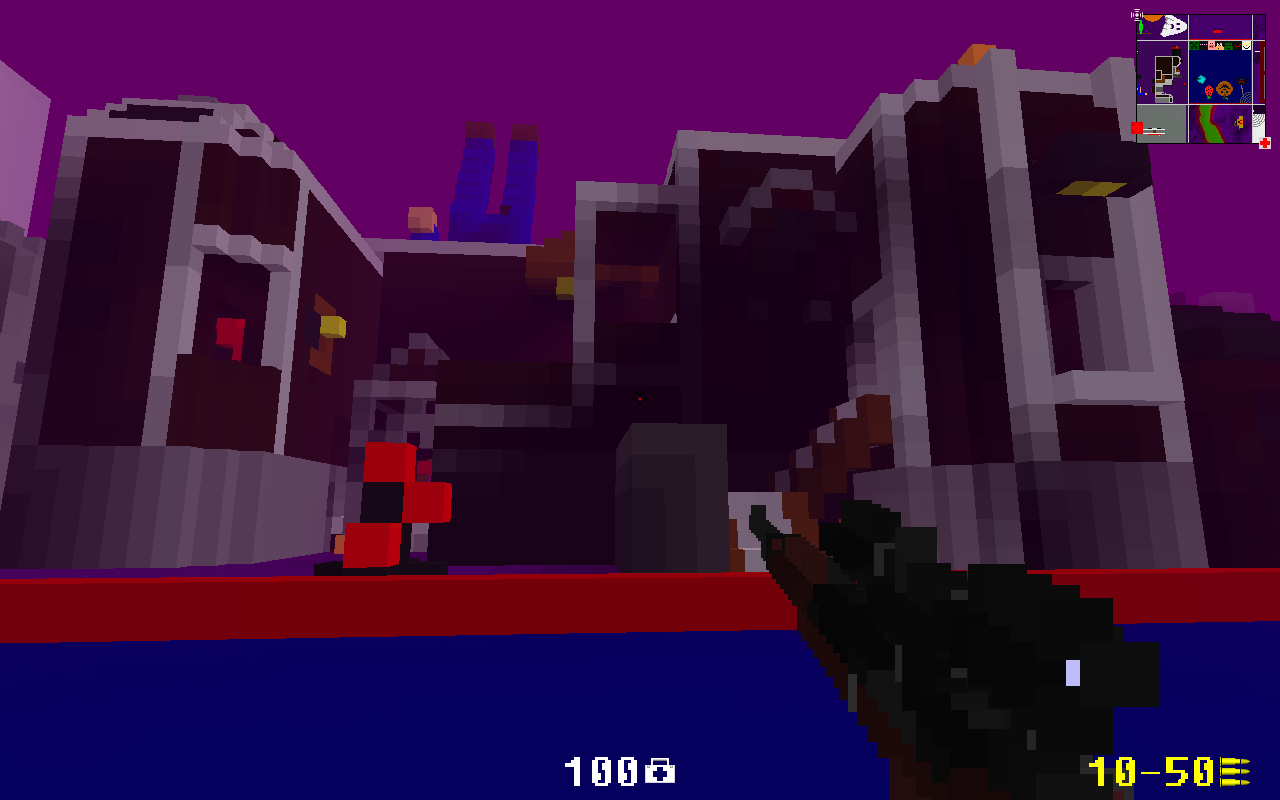 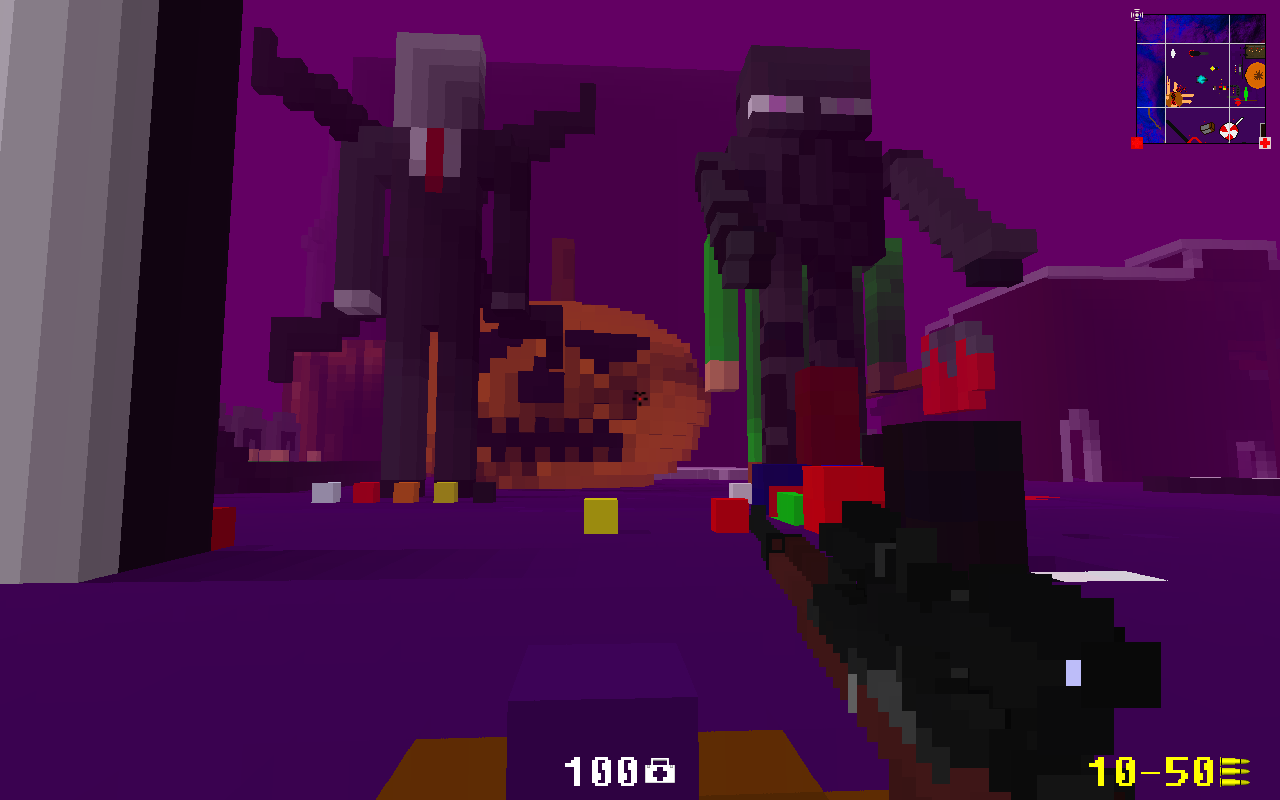 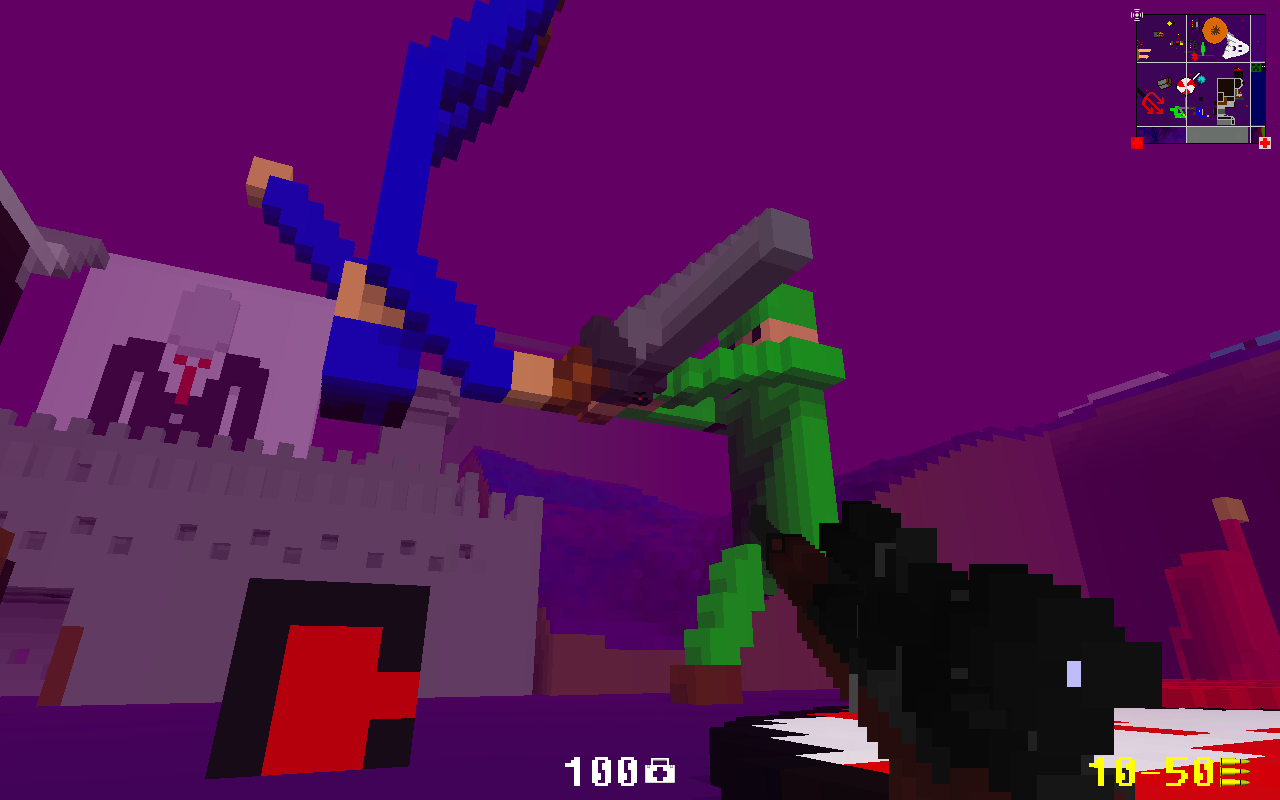 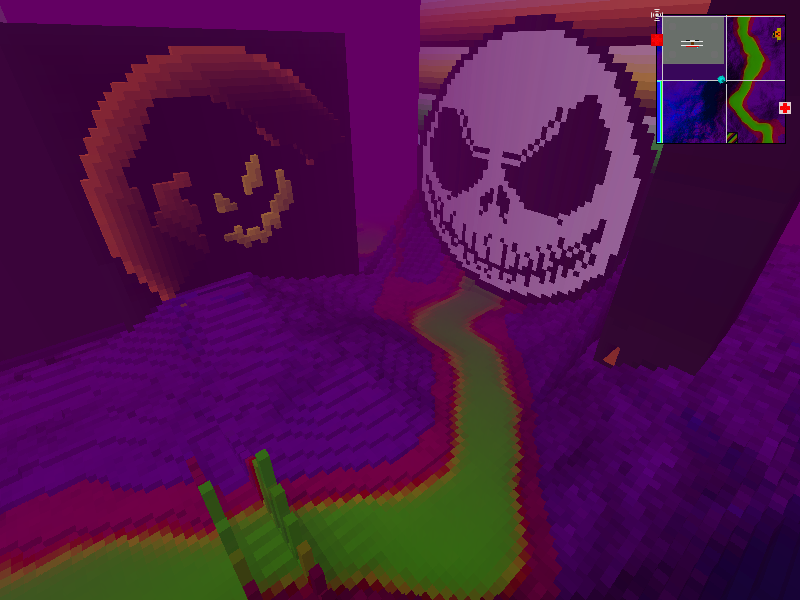 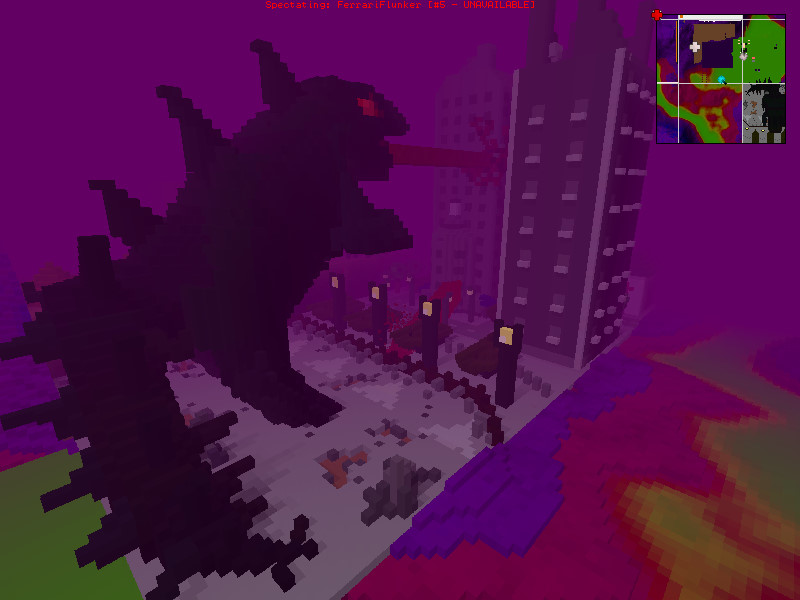 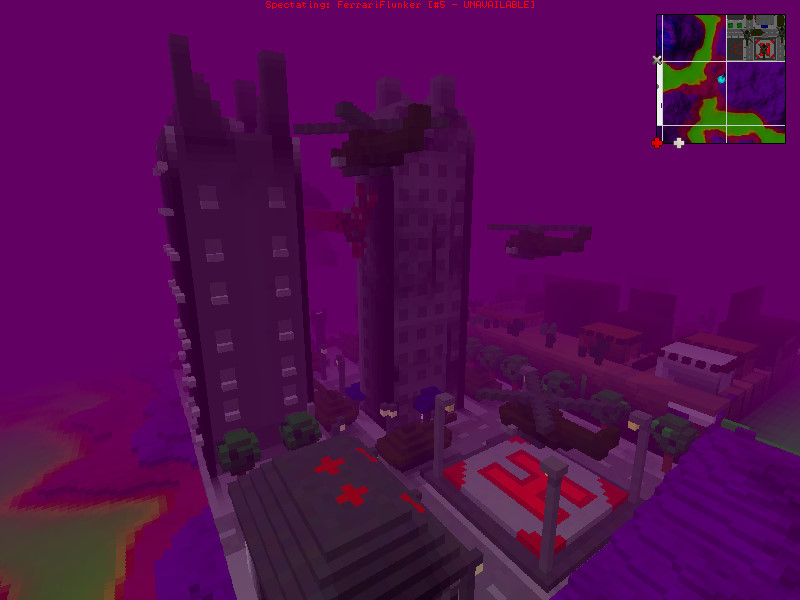 There are lots of things in there with working doors, buttons, etc, and lots of other stuff that was never submitted, so check it out.

This poll goes for 1 week upon which the winner(s) will be notified and their prizes sorted out. Each voter gets two votes and the top three win. In case of a tie the winner will be randomly chosen. 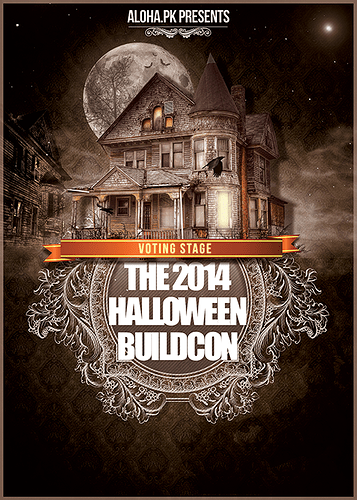 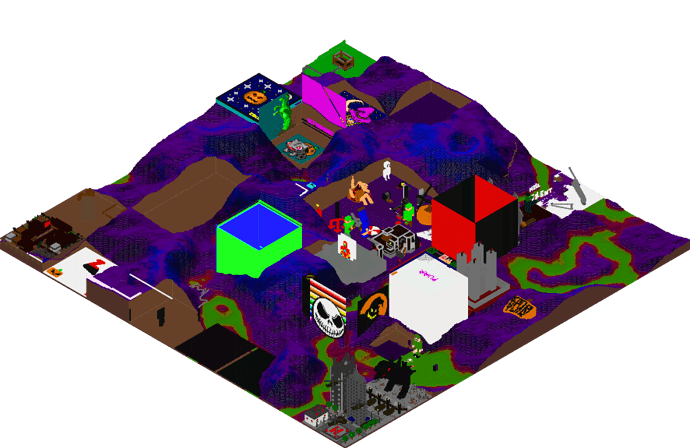 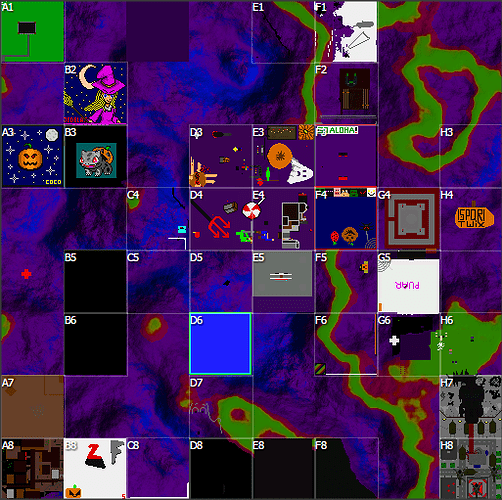 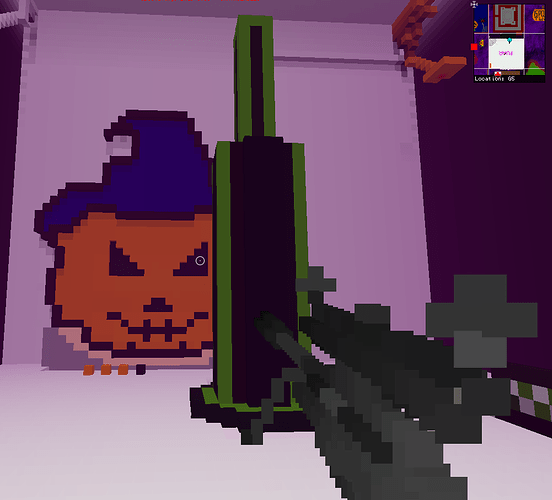 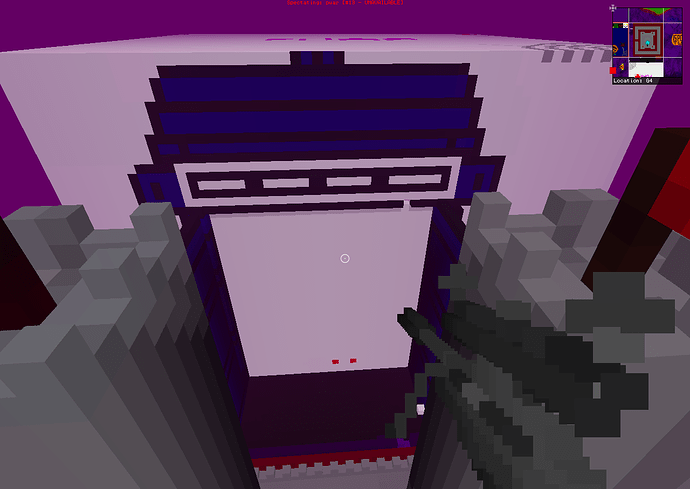 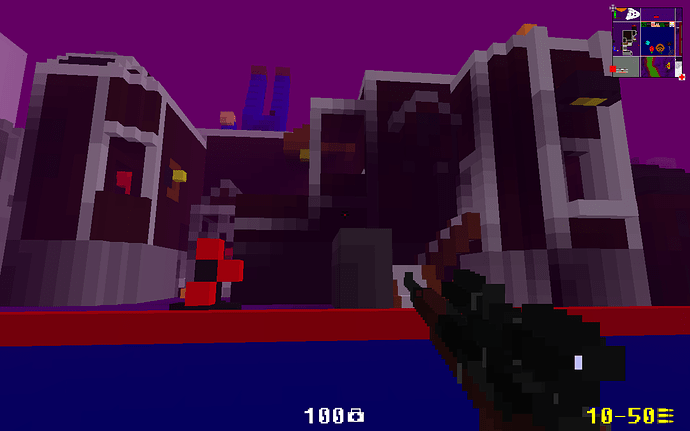 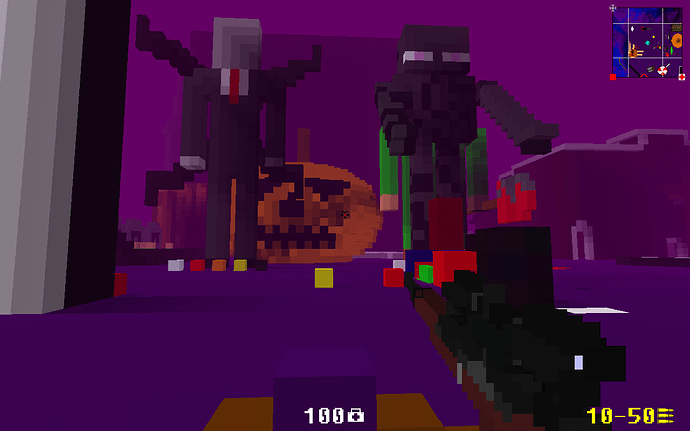 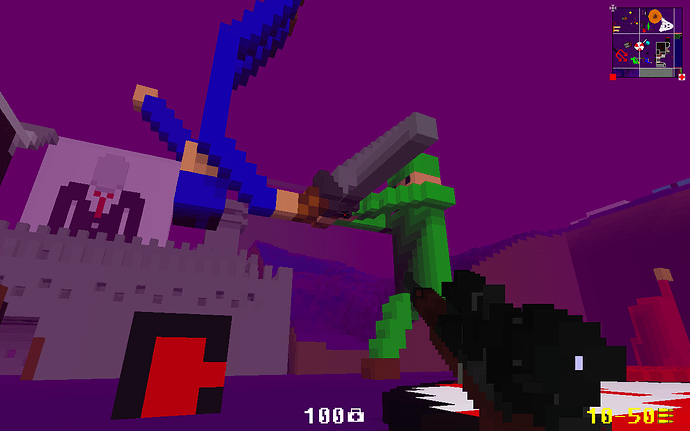 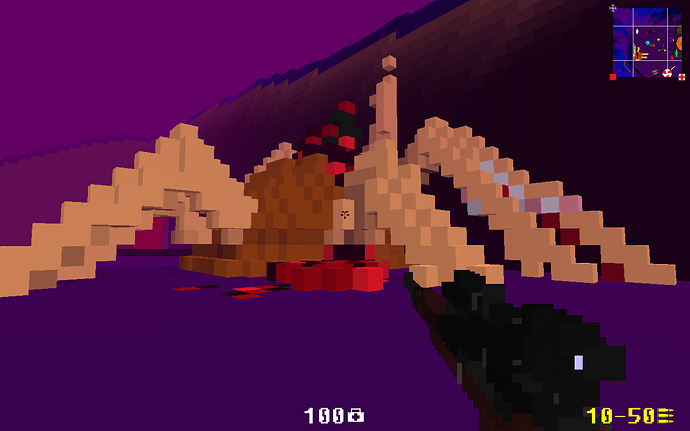 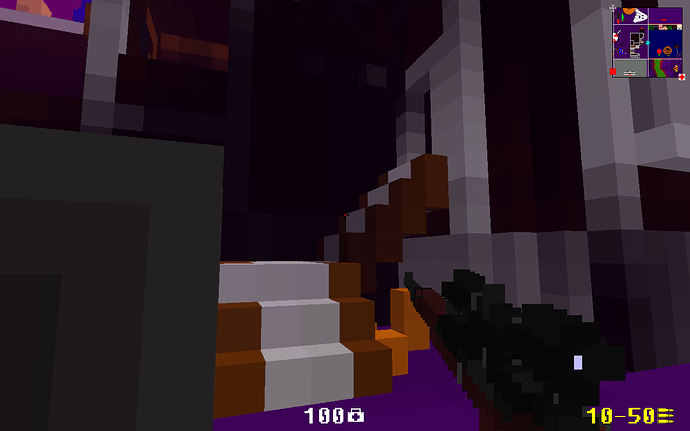 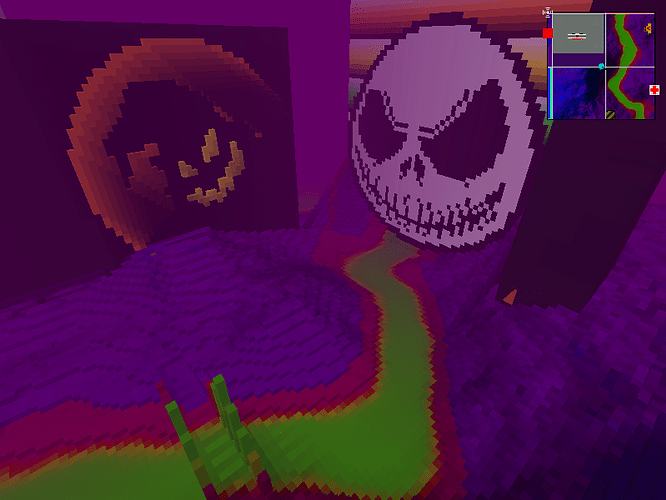 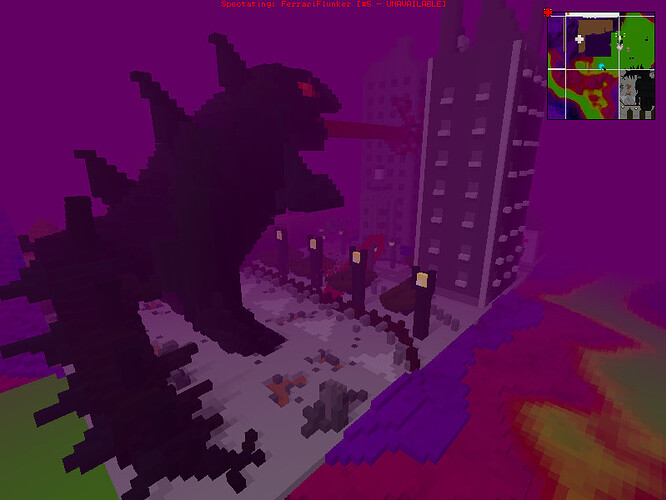 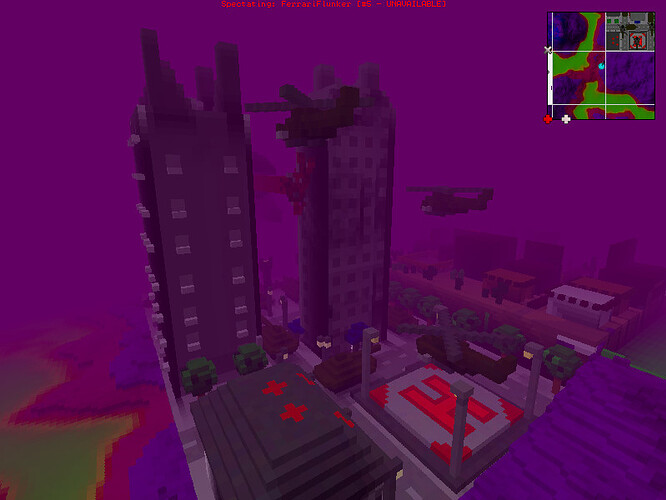 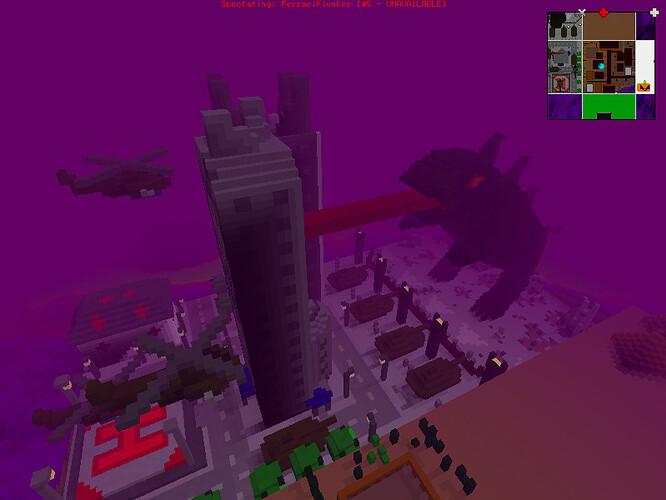 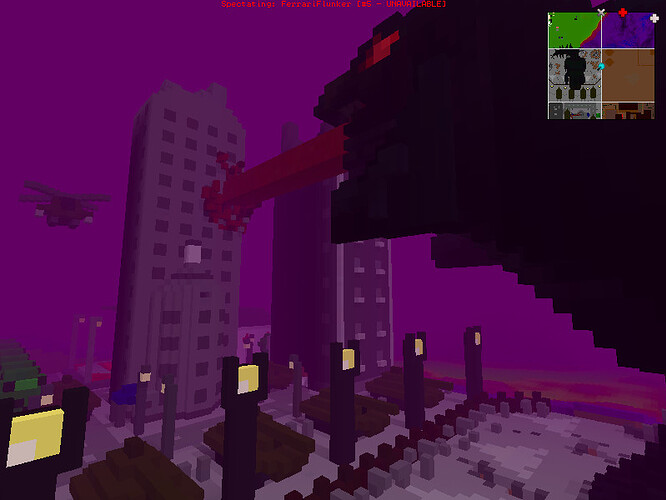 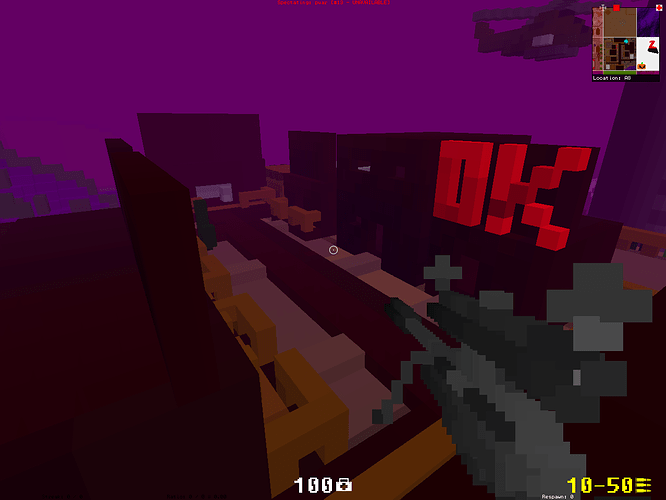 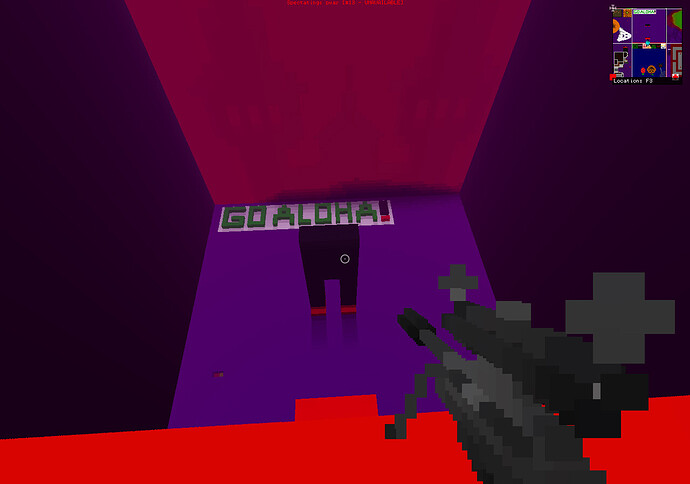 great work everyone… really fun to look at

I’ll give cookies to anyone who votes for my unfinished sector ;D

Btw the big black thing was the legs of an orange and black player I was building.

Awesome build guys ! I like the most the submission of crumpet, even if others are pretty good too !

maybe have a defined, restricted group of judges? like the admins responsible for the event?

I didn’t like this event either, but still lots of people seem to have enjoyed it so I’m happy.

Maybe anonymous submissions would have been fine too (so that people vote for the building and not the player); but everyone was able to see each other building on the server, so i am not sure that it would have worked.

And a restricted group of judges, why not, but then again with anonymous submission.

Anyway we can’t change the system now, so don’t forget to vote for the one you prefer !

Pretty much what SnIpEr said. This voting system is easily biased.

But yes, if this was done again I would expect a better system to be thought through.
Personally I don’t think it’s a true representation of the best builds.

Yeah but a group of judges can be very subjective and not vote as well for a person dislisked; + it was a community event, so maybe it’s better for the community to vote! But i can understand, since there are some prizes, that this kind of system can be unfair

I am going to mention few of the loopholes after the competition is over, because I don’t want anyone exploiting them.

Thanks for bringing it up. I just copied the way we did the last buildcon. Hopefully we can develop a better voting system for any future events.

to eliminate bias votes we could have randomly selected people to vote, but that could also cause a few issues/delays/etc.

Also I am unaware of a voting system that prevents people from voting for themselves or asking others to vote for them.

The only way I can see that would prevent this would have people vote by posting.

I’ll give cookies to anyone who votes for my unfinished sector ;D

Great event everyone! There were some really cool sectors out there; lot’s of imagination. Thank you shywolf for organizing and running this event. Awesome job.

If you posted about improving how the event was run, or how the voting system works, please specify in the comments now. We are always looking for ways to improve how we do things.

As for prizes, Henper and I decided that we will switch. He will get to decide December’s FSOM gamemode, and I will get the copy of “Killing Floor”.

Because I do not have a steam account, I have no use for the game. I will be giving away the copy of this game to a person in the community. If you want this game, PM me about it, and I will notify shywolf to send it to you. Notice: This will be first come, first serve. [Edit]: Claimed by Apocolyptic

There were many ways that this voting system could be abused.

Nice competition and probs to the organising