Here’s how it works, we have a map like this: 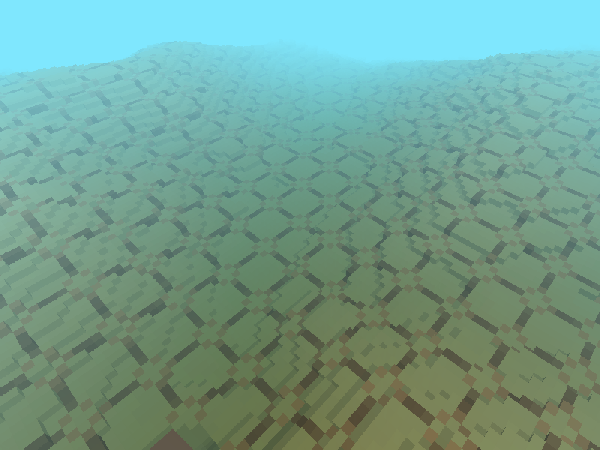 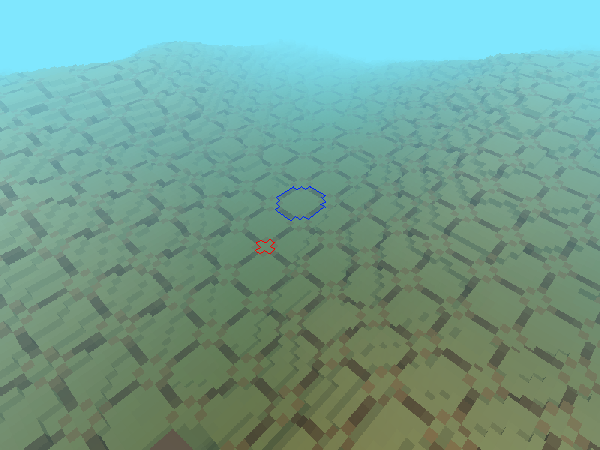 The blue area outlined are the map ‘chunks’. They are especially vulnerable.
The red area is a pillar. They are indestructible and it is not possible to build on top of this area.

What makes the chunks so vulnerable is the dark lined circle around them, that connects them to the pillars: 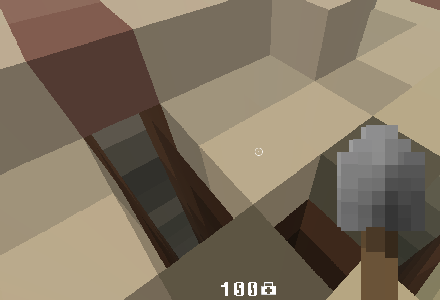 They’re only one block thick! Remove all the dark blocks and the whole chunk falls down. It takes all of five seconds to knock a chunk out: 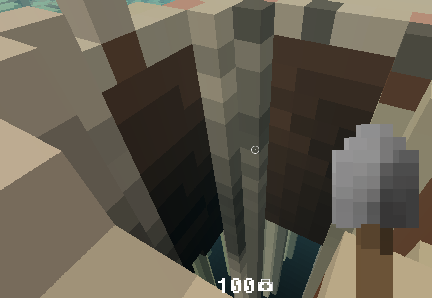 You’re probably wondering what is going on under there, let’s look: 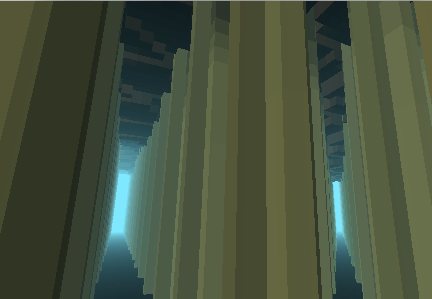 The chunks are only a good 12 blocks thick, and underneath is a cistern of murky, deadly water. Don’t touch it, you’ll die!
You can see the indestructible pillars reaching all the way to the ground. Don’t worry, even if all the chunks were griefed, you’d spawn on one of these pillars as would the tent and the intels. Nothing is getting stuck in the poisonous water!

But that’s another interesting point: You can still build down there. You can build rickety dangerous platforms to sneak into enemy territory! 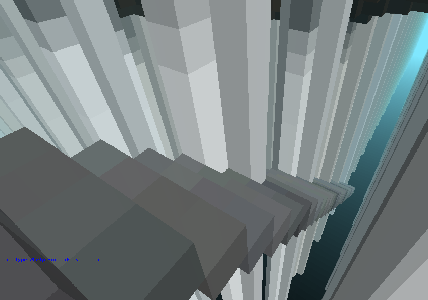 You can even use the holes for intel defense: 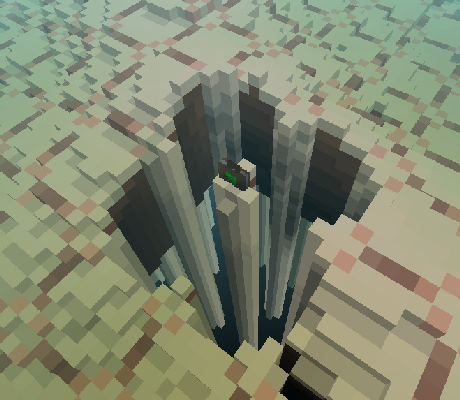 If that sounds too slow for you, capping intel will automatically drop 10 chunks of enemy territory.

Niiiiiice man Danke, you sure come up with these crazy but awesome ideas.

It will be fun to kill the enemy “griefers”. And you have to play together to win a game in this mode, very nice.

Only problem is you can kill your friends easily :s

Love this idea only if you can fix the mass team killing just like Morkney said.

Does the intel return if it falls in water?

Does the intel return if it falls in water?

Danke said it moves to the nearest pillars

Man, Danke. You come up with some really original stuff. I like it!

So the random red block that appears and a few seconds layer the grid that the red block was placed on is destroyed , is this because the intel was captured or is a ran random event that occurs throughout game?

Just finished playing, pretty fun, I just wish I had read the whole post instead of joining it out of excitement.
I was just playing it normally, I understood to break chunks, but then suddenly chunks started breaking around me without me doing anything.
I kept playing and I actually saw a red block placed on the ground, then a chunk broke.
I placed a red block to see if I could replicate it, nothing happened.
I grew terrified.
Thinking there was some kind of ghost chasing me I quickly jumped to a pillar and built a little home around it.
TOOSPOOKY

EDIT:
@Above
yeah I joined when the server reset and it was just happening randomly, built into the game script.

Hehe, I love to see enemies fall to their deaths. It sort of satisfies the side of me when I’m at babel and I grief the enemy tower.

Hey IRPG was pretty successful, it just stopped getting played for some reason. It was great idea.

yea, i would love a hello kitty case cover…

wat are you talking about Danke all the games are good it’s just that the players don’t like the challenge you always present to them :(.