I went on to the server late last night to get some mining done because I’ve blown most of my resources shopping and building. After i got on Ferrari asked if I had heard the news. Apparently he had started a massive forest fire by accident and didn’t know how. We just assumed it was lightning. So we all met up at spawn and traveled north a few hundred blocks to go check it out. When we arrived it was still burning. Snowy had the wonderful idea to turn on rain so we started a storm and then explored further. All over this dark oak forest there was destruction in random spots like someone had taken flint and steal to it. Every time we found another burned out area it was worse than the last. Eventually it got boring so I went back to my mine and that’s when i had my revelation. Earlier that day i was testing the 41 north facing cannons on my ship next to spawn. I had expended 3 broadsides, 100+ fire charges. As it turned out Ferrari did not start that fire. I did it. What’s more is that Ferrari’s own ship and fort were in the direct path of the broadsides. So after explaining my mistake Ferrari, Snowy, and I, using the server map, traveled far and wide to snuff out the forest carnage. I found spots of flame and death up to 800 blocks away from the ship. Ferrari’s own ship and fort were only saved by the hills and mountains. And that is the great Crew&Friends forest fire of 2015.

Forest fires are bad. Someone should really go clean the mess up. It looks bad on dynmap.

(coming from a guy who deforested an entire dark oak forest)

Would’ve been hilarious if Ferrari’s Fort burned down though. Wonder if you’d get banned for unleashing a broadside of your starboard cannons across the map.

Well, if we’re ever invaded from the north we got something for 'em!

Well, if we’re ever invaded from the north we got something for 'em!

Only you can prevent forest fires… ISRAELLEELLL 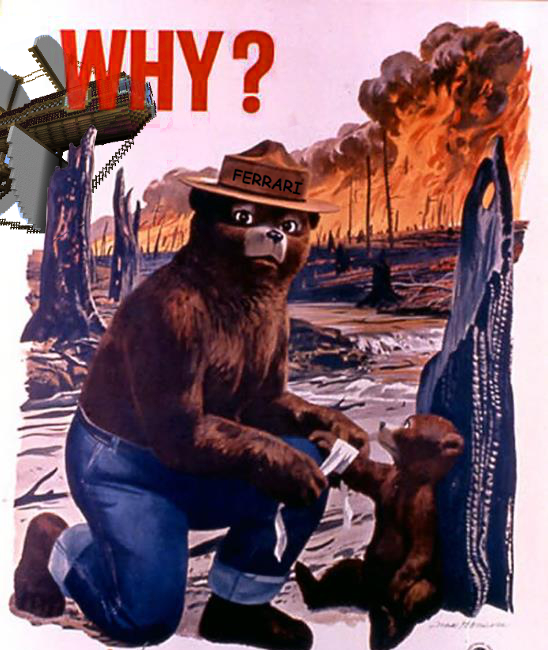 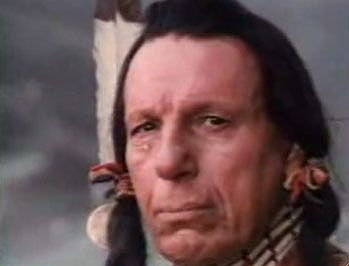 Props to FF for bringing Smokey the Bear into the equation

I just noticed the hat! LOL!

I was making smokey the bear jokes before I knew I had started the fire xD. Ferrari turned that one around on me pretty good.