How the game works:

Just like regular CTF, two intels, two tents. But:
Every 5 minutes the game goes into “nuke mode” for about 45 seconds

Nuke Mode:
The sky turns yellow-orange.
Everyone takes 20HP per second damage when exposed to the sky (no blocks between you and the sky)
Players have a chance to be targetted by an airstrike
The airstrike belongs to them, it can hurt them, but it will also hurt enemies. It is possible to get kills with it.
Your airstrikes will not hurt your teammates (but you never really know whose airstrikes are whose anyway)
The airstrikes do block damage. They will slowly (sometimes quickly) rip apart the map trying to get to you.
Holding intel (hazmat suit) will protect you from radiation damage (you’ll take no damage from being exposed)
You will not be protected from grenades
You will also be warned when airstrikes are launched at you (about 5 seconds before they start)
Capturing Intel will give a refill to you and all your teammates
Being exposed to the sky (with suit or without) will increase your chance of getting targetted with an airstrike
If you survive the nuke period without taking radiation damage (other damage is fine) you will be refilled (HP, ammo, blocks)

There is a 10 second countdown warning you when a nuke is going to detonate.

Here’s a little something to help you get around

Click the image to see it without the lines.

I will be trying to update the map (it is very far from finished) as often as I can. Hopefully there will be a lot less brown all over the map.

I have some ideas…

SAFE AREAS: No kill or no damage zones so that you can ride out the Nuclear Fallout time.
1 MORE TEAM: Could you add another team that is Neutral? There have been several groups that have formed that are in the fallout game mode (SCPH [Red and Gold blocks], MACPNF [Teal blocks], The Order [Blue and Green blocks], Bandits[No block color]). The Neutral Team would hold groups.

Woohoo,squads should be implemented instead of the above^although it is a good idea,if we were to build the groups which probably means the other team too but how do you commnunicate?If you spoke in Global probably the killers(bandits)would know where it is and just raid the area like I did.

SAFE AREAS: No kill or no damage zones so that you can ride out the Nuclear Fallout time.

But the whole point is to survive! What’s the challenge in that?

1 MORE TEAM: Could you add another team that is Neutral?

The client is too limited to do that reasonably. See four teams for why that's just doesn't work well.
Ryu post:3:

Woohoo,squads should be implemented instead of the above

I’m personally not a fan of squads. I think it let’s you get around too easily without learning the map, let’s you spawn camp very easily, and just removes the challenge in general.
On top of that, it’s buggy (spawning inside blocks). I thought about it a lot, and I think it hurts the game more than it helps

I feel like using FFA team mechanics would better suit the type of play this server has acquired in regards to co-operation vs bandits, allowing bandits to raid shelters as occupants defend, or for factions to form and fight each other for control of the metro.

Yeah. But I wish there could be safe areas. Co-op is popular in fallout. Then “Ness” comes along…and breaks every treaty.

This is one of my favorite gamemodes

To be honest, I still think of this as a blue-vs-green type of game, and won’t settle for shelters and such.

To be honest, I still think of this as a blue-vs-green type of game, and won’t settle for shelters and such.

I’m what the people who work together consider a bandit. I just kill whoever I meet. But then that means they try to votekick me

Also how do i get to the sewers that are labeled on the map?

Also how do i get to the sewers that are labeled on the map?

They can be hard to miss, just a small door on the platform wall: 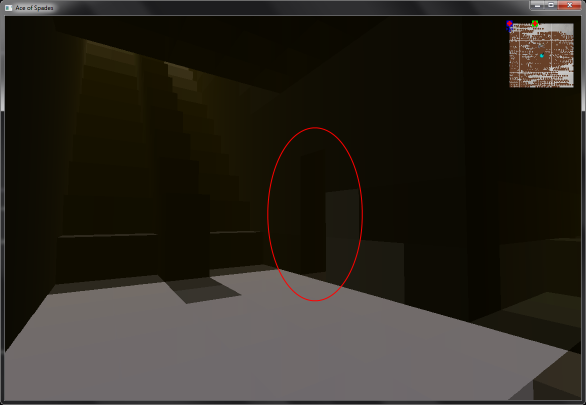 Is the sewer like the subway but its smaller??And not really any rails looking parts?

It’s a small tunnel at water level, you will make water swishing noises while walking in it.
It connects tunnels differently than the rails, so you can end up getting there faster, and there’s usually less player-traffic. Good for sneaking if your enemy isn’t listening for the water noise.

One ran under a MACPNF shelter. The nukes blew holes in the roof, so everyone escaped through the sewer

My idea for the gamemode would be changing the green vs blue team system into a more ffax like team, like, have one team with bandits and another team with normal players looking for partners, as a way for you to know who to trust.
A way to stop people from changing team whenever they wan’t would be time like on ffax or use another variable for each player. That variable would start with 0 and add 1 when the player kills a bandit or remove 2 when the player kills non-bandits.
teamkill enabled too if you know what I mean.

Yep. Great ideas. I just wish that we could customize out own colors :3

I personally like it just the way it is. But I think the ideas and suggestions given by Reki and SnIpEr are also good IMO.

Spade teamkilling is disabled on Aloha.

@Danke: Ah found it. Thanks

By the way, the map and the gamemode are awesome! Keep up the good work ;D