For those of you know like Minecraft, OpenTTD or other simulation/survival/building games with graphics that look like they’re from before the big bang.

Factorio is a game in which you build and maintain factories.

You will be mining resources, researching technologies, building infrastructure, automating production and fighting enemies. Use your imagination to design your factory, combine simple elements into ingenious structures, apply management skills to keep it working and finally protect it from the creatures who don’t really like you. 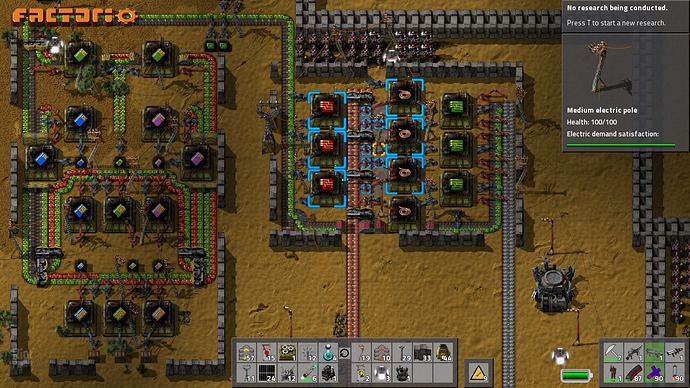 The game is currently in late alpha, so there will be improvements, but it is already very much fun to play. 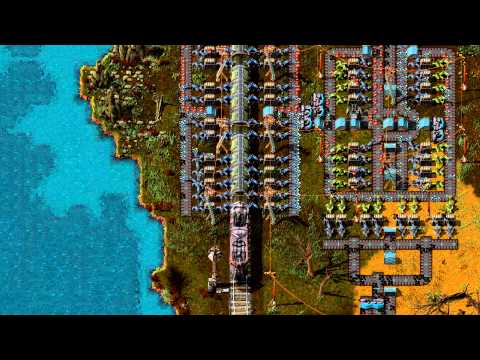 There is a free demo available on http://www.factorio.com, and you can also buy the ‘full’ game on that site. As far as I know it’s not on steam ‘yet’.

stumbled across this before, looked interesting but didn’t really draw me in enough to try… now i want to try! how’s the learning curve? any tips for a first timer?

It’s very easy and self explanatory. The tutorial is helpful and when you start out you only ‘know’ a handful of recipes so it’s obvious what your first steps should be. As you do more research you’ll be able to build more stuff and slowly production lines will become more complex. The challenge is to make complex production lines as efficient as possible.

Apart from that there’s a good wikipage that has some good info about units, recipes etc:
http://www.factorioforums.com/wiki/index.php?title=Main_Page

These are some old sreenshots of my base: 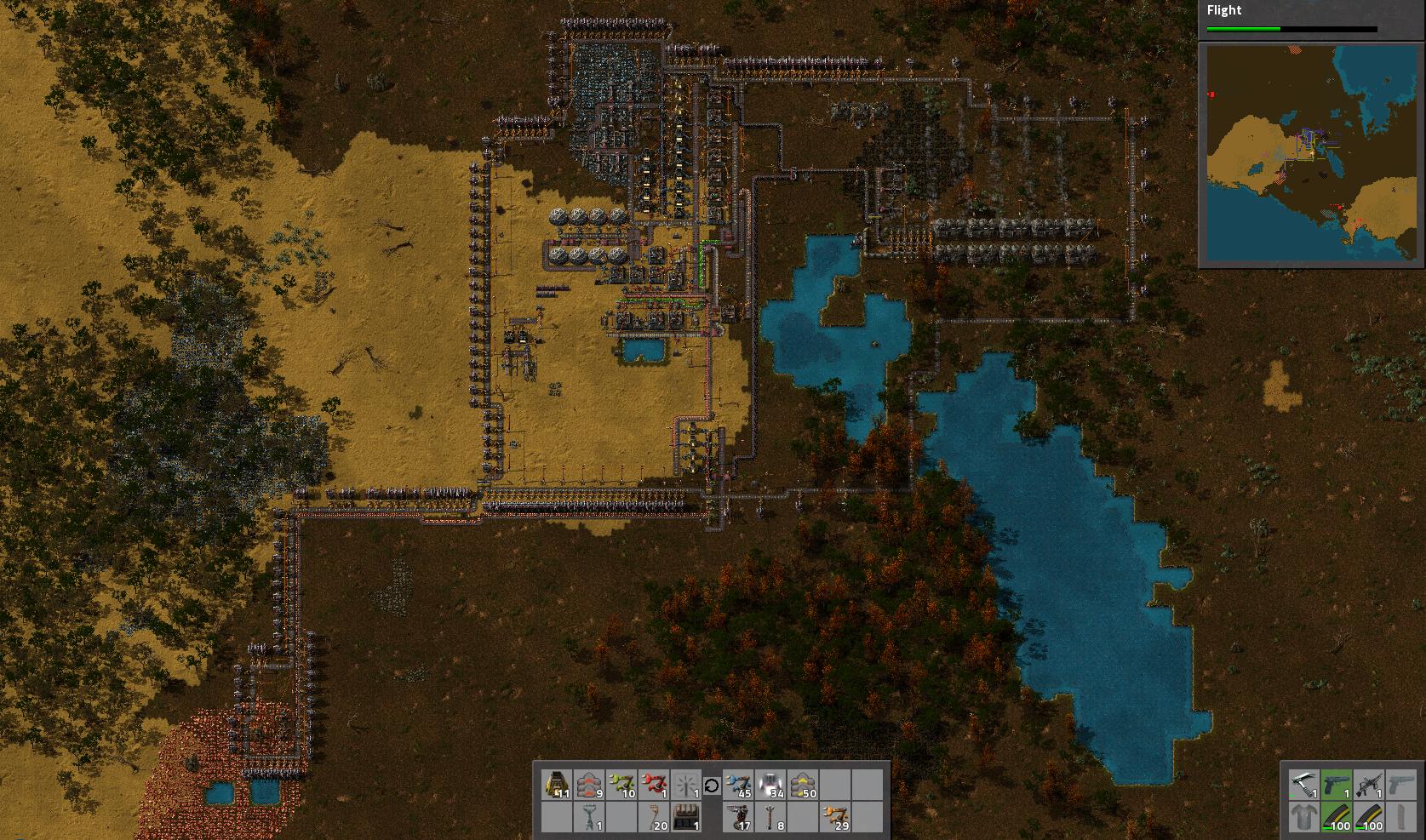 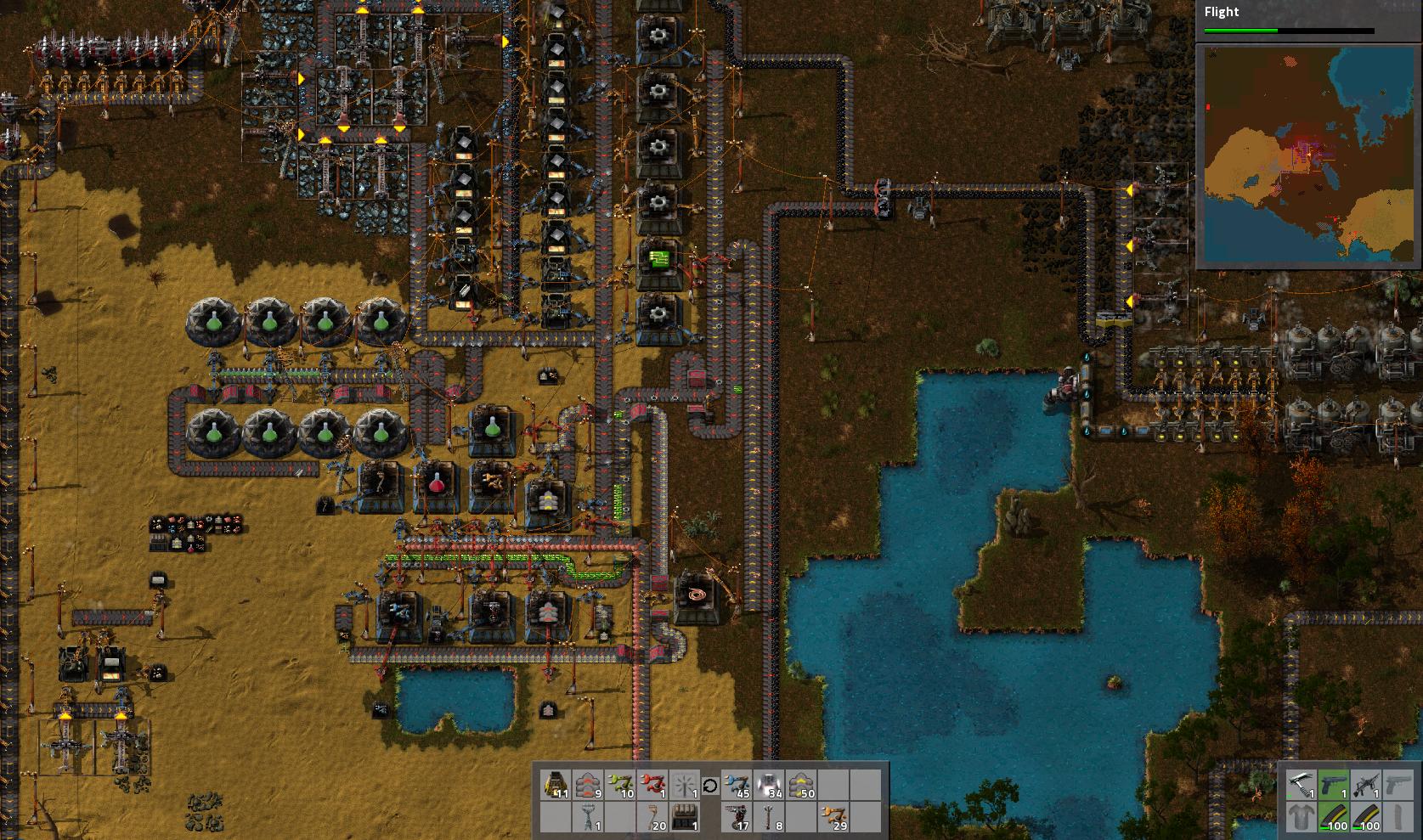 Once I have some more time I’ll show you my current base.

What I found out to be helpful was to create a productionline for turrets and surround your base with them as a line of defense against the aliens. I made it so they’re automatically restocked with amma after everyshot so that basically reduces the risk from alienattacks. 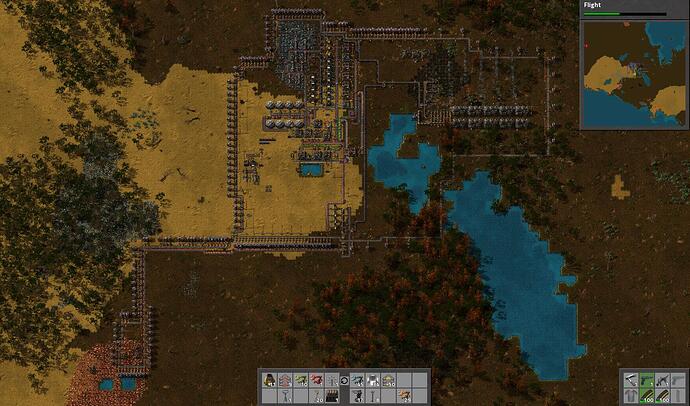 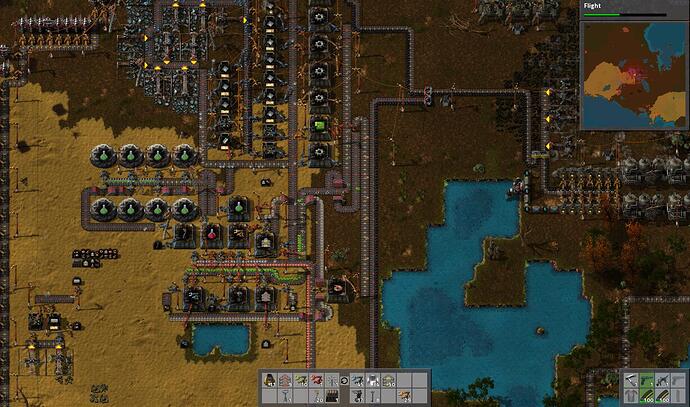 We should multiplayer sometime

I was afraid to play this due to my experiences with factories and automation in the Minecraft Feed the Beast modpack.