Can we drop a permanent IP ban on Doctor Punk for creating nazi swastikas and griefing his team? First, he has been making swastikas. After creating the racist symbols, typically very big and time consuming, he griefs his team until they lose. Then he leaves for a while only to return later and do it all over again. It's a pattern that I watched last night and all day today.

Also, could we make the aimbot detection more sensitive? It's not picking up on the aimbots very well. 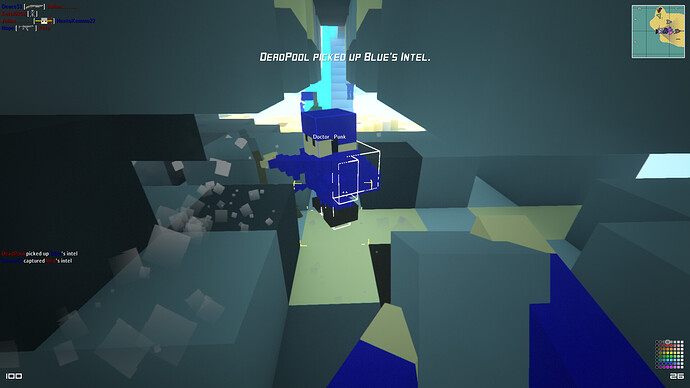 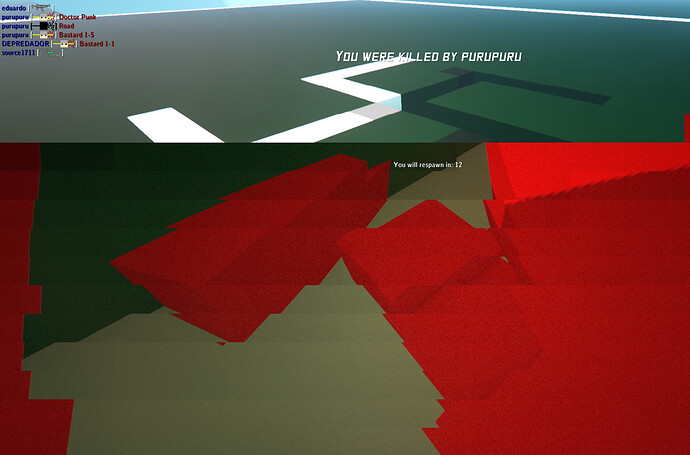 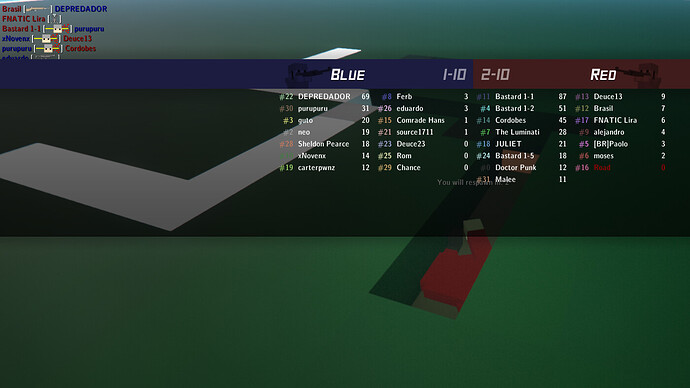 “The word swastika comes from the Sanskrit svastika, which means good fortune or well-being.”

Hi, i saw him griefing his own team and tb’d him (disabling him from placing/removing blocks).I thought it was his first offense,
and didn’t consider it worthy of a ban. Hopefully it will serve as a warning to him (It won’t).

As for the swastika, players make swastikas, penises, and all kind of stuff that could be consider offensive all the time.
I honestly don’t have a problem with that as long as it doesn’t interfer with the team’s progress, e.g. blocking the tower etc.

I’ll add this player to my personal watchlist, repeat offenders do deserve a ban.

Dude, seriously don’t give me that crap. You know very well what it was.

That would be a good example of what the intellectual argumentative society would call “cherry picking”. That is, showing examples that support ones argument even when their are many examples of the counter.

I would think that anyone who continues to perceive the swastika as a symbol for Nazism is completely flat minded. There’s no credibility for Hitler’s regime to change the meaning.

Maybe Doctor Dank must do an apology for you. Nothing else.

How can you go on to say the subjective feelings of victims is all the credibility you need and end with that? I’m merely talking about the objective origins of the swastika and how it’s still used today in Eastern society (see India, China, Japan, Korea, etc). They have a say in this too, and the population that saliently recognizes the Swastika for well being is much much much larger than yours.

Hitler himself used the swastika with the same meaning it’s always used for; it was his propaganda. And like I said before: Despite the emotional reactions from victims, there is absolutely NO credibility in the Third Reich that allows them to universally change the meaning of the Swastika. The only argument you can make that Doctor Prank is making Nazi swastika’s is if he rotated it 45 degrees (though I would argue still that’s a superficial transformation).

All you do is spew emotional appeal and hope that will incontrovertibly support your point.

So you’re fine with making Jews on the server feel completely ostracized all due to your poor logic. Who will be next? Should we make Asians feel pushed out too? Your appeal is nothing more than armchair logic. Get an education and then learn the difference between persuasion and an appeal to humanity- to empathy.

I’ll admit, communication is two-sided lest there’s no interference: if one side’s connotation of the benevolent swastika is actually that of the Nazi Party, then there’s a problem. But that doesn’t mean there should be censorship of something affecting either a minority or majority. Even if it was, it should be entirely on denotation. And the fact of the matter is the swastika is an historically altruistic symbol of prosperity and benevolence. I reiterate for the final time, there is NO reason for the denotation of the swastika to change because victims of the Holocaust are still alive or your human empathy is greater than your reason or logic.

As for appeal, there could probably be an argument that basic willful appeal to human empathy carries more weight than evidence based logic, but I don’t think anyone who is consciously aware of that argument will agree with you. I also will say again, I am 100% amused by either your vapid facade or weird fanatical temperament that tells you to argue against basic truths.

I think this issue could be continued somewhere more private, what was once a semi legitimate complaint from a player has devolved into a philosophical debate on the credibility of Nazism, symbology and other, frankly, useless subjects. Unless there is anything else to report on the player, knock it off filling this abuse report with unnecessary filler.

Yes Juxta, I too seek to turn Aloha.pk is a primarily utilitarian, objective orientated forum message board with more moderation and strict rules in posting content and censorship. I too feel that any sort of “philosophical” discords generate way too much heat for this site’s otherwise hawaiian-esque behavior.

Look, this isn’t the place for that kind of discourse alright. You’ve been here long enough to know that this thread, in this subsection, is strictly for reporting abuse. Not carrying on an ideological discussion with the original poster (looking at you too road).

This isn’t a request, and I do not wish to see a reply to this from you.

Maybe Doctor Dank must do an apology for you. Nothing else.

Who? Are Dank and Punk the same person? I don’t think they are because Doctor Dank was on last night and he doesn’t act anything like Doctor Punk; however, we were getting our asses handed to us by players who have… headshot “aid.” So that was fun.

So, the way things sound is, and correct me if I’m wrong: Are server admins pretty cool about headshot aid, in whatever form (skins or otherwise) and overt racism? I mean, is that a thing here? I run a gamer group of about 3000 on Facebook and we’re not cool with any of that. Just tell me straight up because I don’t know your social norms in this community

Sorry, I readed bad, Doctor Dank isnt the same person that Doctor Punk but i said Dank because I always see this player in-game and I never saw “Doctor Punk” playing in-game, so I was confuse.
Thanks for read.