Hello! This is something I picked up when playing Counter-Strike so I thought I’d share it with everyone on the aloha forums.

This is Jeff! Say hi Jeff! Like any AoS player, he’s determined to win! He’s guarding this Intel like it’s his life! No one’s going to take it from him! 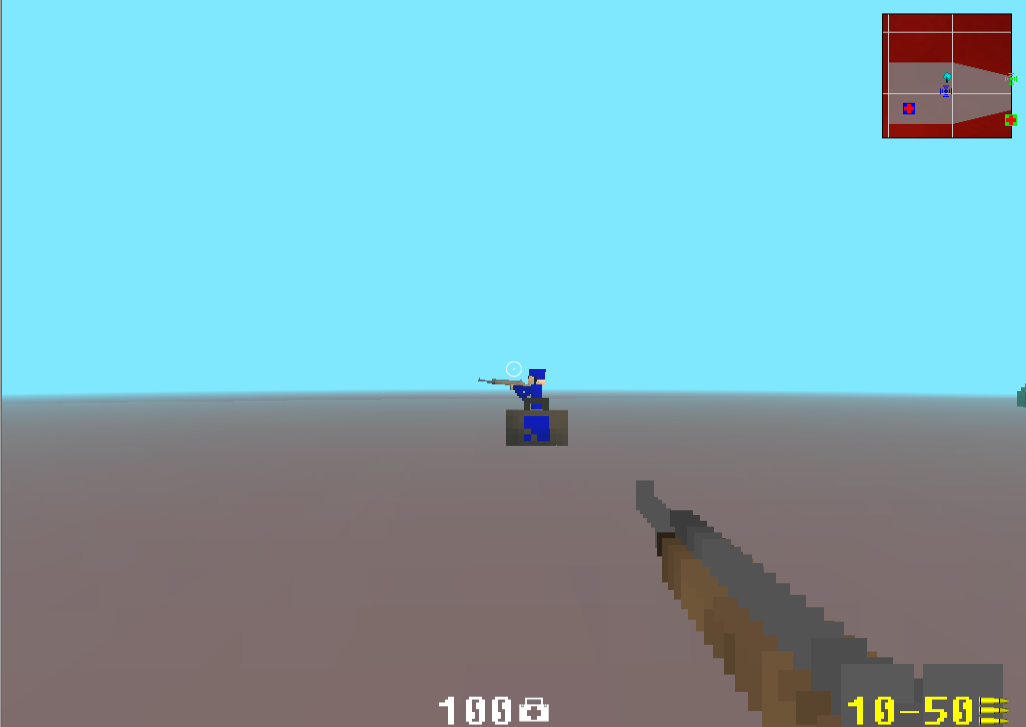 But the thing is, I’m on the green team! As much as I love Jeff, I need to take him out to get the Intel! And what a better way to do that than sniping him through the fog!

This is me, looking at Jeff (in the same position as before) from just under 128 blocks away while scoped; 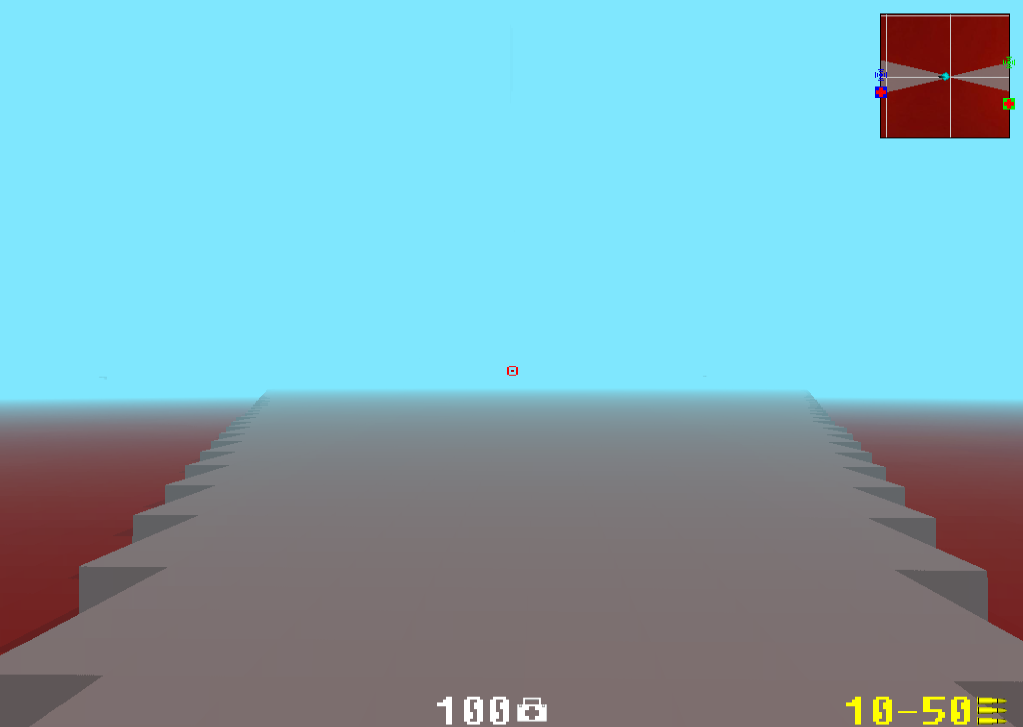 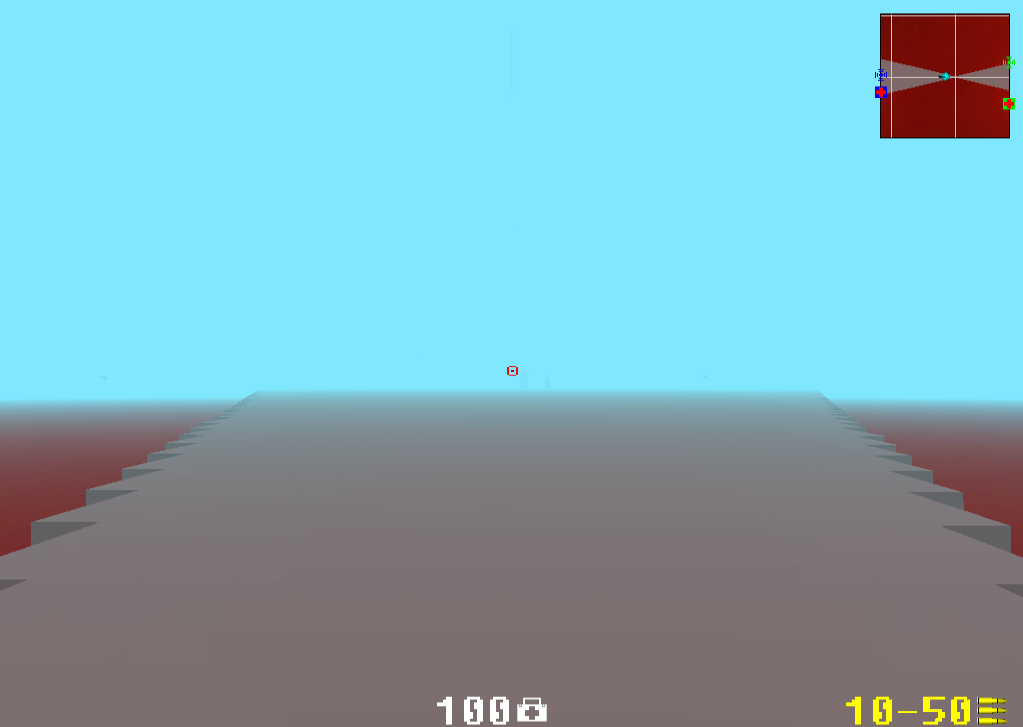 Oh, hey! Would you look at that! You can juuuuuust make out a shadow-like figure in the distance! Let’s turn that shadow into a more recognisable figure.

Go to your Graphics Settings. These could be either controlled by your Graphics Card (search for your AMD or NVidia Control Panel), but mine are (for some reason) controlled by Intel. If they are, there will be a little icon of a monitor next to the clock on your taskbar. Find the group of settings which control your colors: 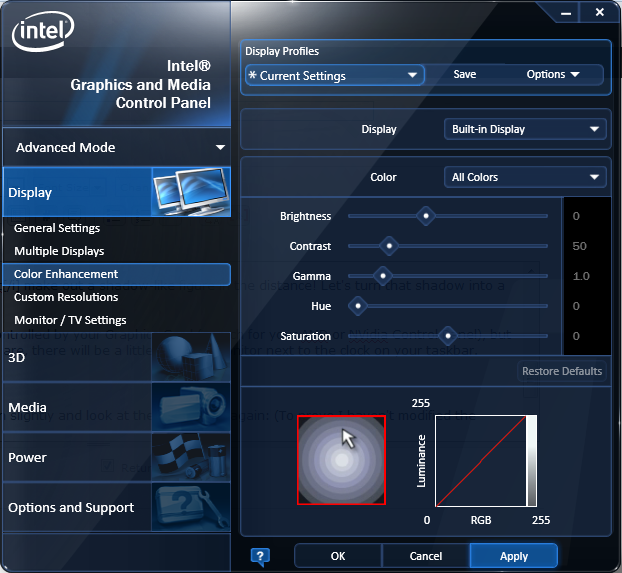 Anyway, once you’ve found it, turn your ‘Gamma’ down slightly and look at the 3rd picture again: (To prove I haven’t modified the picture in any way, go back up and look at it.)

Woah! I can see him clearer now!

Now, toy with your settings. Try to get the perfect balance, so that Jeff is pretty recognisable in the distance: 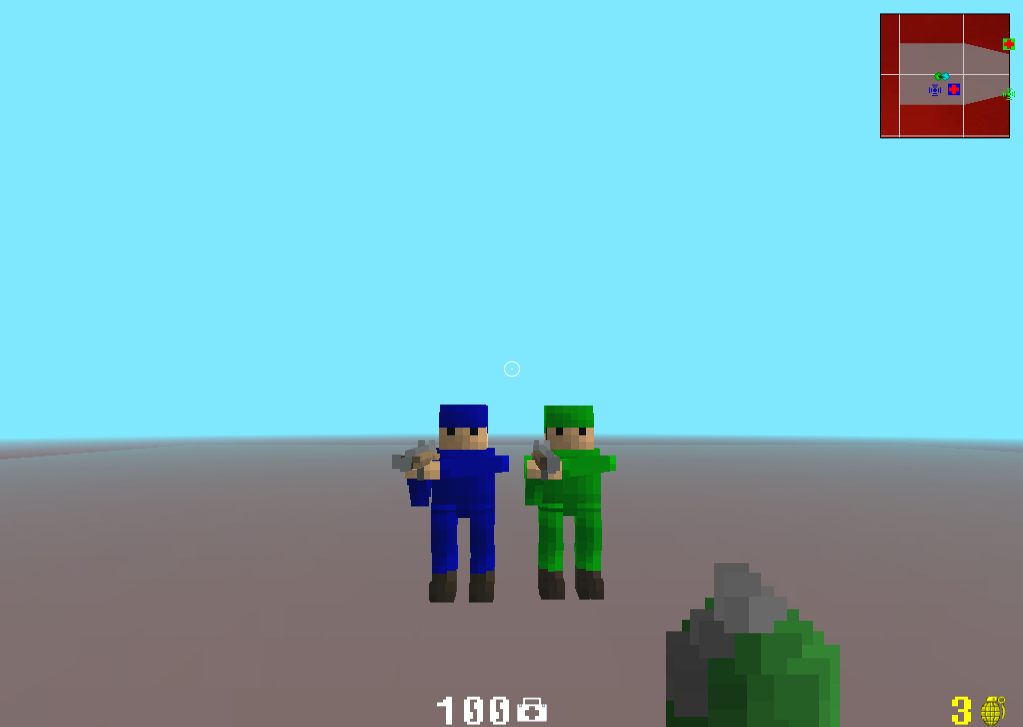 …but not to the point where you might accidentally shoot poor Phil in the face instead… (poor, poor Phil…)

Not a sniper? Don’t care about fog-shots? Not a problem! Simply disregard this entire thread and leave your visual settings alone. Or do what you want, it’s not my PC you’re messing with.

Whether you do or don’t care about fog-shots, thank you for reading this! I hope it helps you out in future games.

EDIT: If you want to put the time and effort into making one, a more temporary solution to this would be to make a transparent screen (although I’m not sure which colour) and then copy-paste your old scope over it. I’m not going to toy with this though, I use the Graphics change to see people easier at fog-line whether I am or am not scoped in. It’s just preference. ALSO, I’m not sure how you would go about modding OpenSpades’ scopes and making them with transparent screens… I guess this is just a more ‘global’ option.

“No enemies in sight, I think I can mo–” BINK uuuuuggggggghhhhhh
“WHAT!? WHERE WAS HE!?”

^ My thoughts of the enemy team every time I do this.

I only fog shoot on PP, so they always know where I shot them from lol.

I only fog shoot on PP, so they always know where I shot them from lol.

The best thing to do on a babel map is just camp in a hillside with a little cut-out above you. I went 70-0 cause they kept on trying to get the Intel. No one ever found me cause of the way it was built. You also couldn’t randomly start shooting me, because if you tried to find me I’d be able to see your legs but you wouldn’t be able to see me, even when crouched.

I don’t play for ratios though lol. I play for the rush of filling the kill feed with noscopes. Doesn’t usually work well on babel though…

I play to get my ass kicked because I love being dominated and spawn killed and miserably losing which is why I always join the less fortunate teams. Especially in Babel why they tear down our tower and we have no chance of winning (not sarcasm).

Also, thanks for the tips, Chubby. I can finally kill Torch in PP.

I play to get my ass kicked because I love being dominated and spawn killed and miserably losing which is why I always join the less fortunate teams. Especially in Babel why they tear down our tower and we have no chance of winning (not sarcasm).

Also, thanks for the tips, Chubby. I can finally kill Torch in PP.

Thanks ChPe, i found it useful…

Now i improved my fog shots