In the various servers Aloha runs, there are many feats of creativity and engineering in the buildings that are build by the players.
Grandiose bunkers, intel towers, pixel art, and (my personal favorite) skybridges just litter the servers.
Any of these stand out to you while you play?
The most amazing one I’ve ever seen on an Aloha server is a skybridge on pinpoint. I was just going along killing large groups of enemy players and suddenly started to get shot from the side every time I rushed. I killed a few water campers and thought nothing more of it. As it happened again and there was a surprising lack of water campers, a giant twelve block wide and 5 block thick bridge poked it’s way outta the fog just outside of my spawn. I switched teams just to see this thing and try it out. Jumping off the end of something at the highest hight possible in AoS makes you feel like you are actually falling, by the way.

I do recall people griefing off a huge chunk of a Hallway coordinate and turning it into a fort. Didn’t last long but was delicious

ATM this is pretty much a pixel art discussion thread. If pics were to be posted it would be another pixel art thread (a v2.0)

@Izzy
I happen to not have any pictures of it

this was quite awhile ago while I was playing on another computer
@AWG
No, this is not “pretty much a pixel art discussion thread”
It is so much more than that
Get with it or get out
Uninspired noob

We should get Jedelas in here.

We should get Jedelas in here.

I have a pic of something I made…
LONG LIVE FORT KYBER!

Before you tell me, yeah it looks like Sing Sing.

Anyway this picture isn’t really considered building, more destroying. Found this on Hallway today and I thought it was cool. 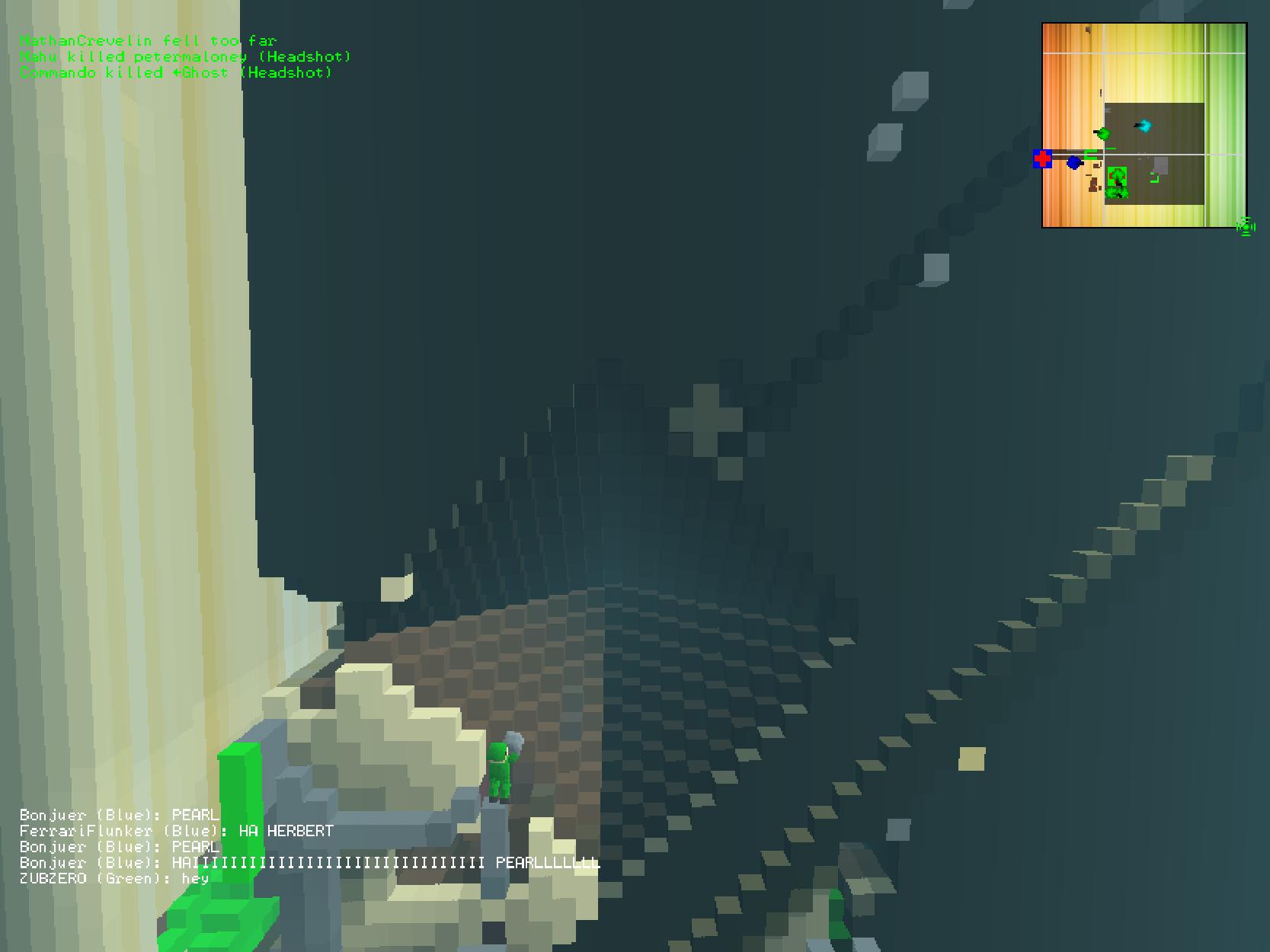 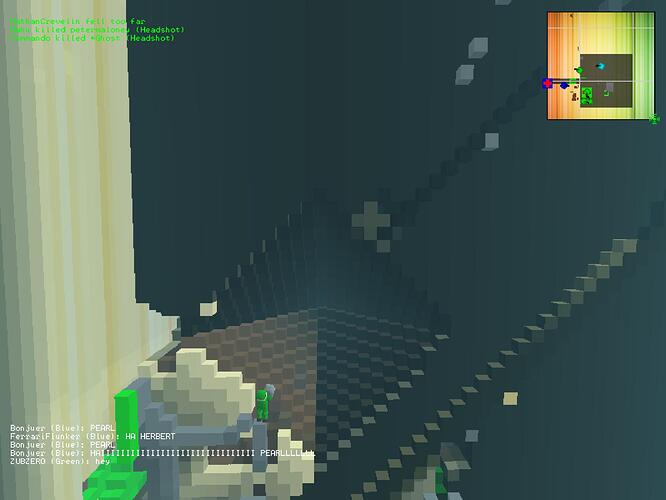 Something made by Jedelas 4 months ago on PP that I screenshotted: http://imgur.com/opNW1

How long did it take to do it?

I forgot to take a screenshot of the black and white pokemon characters someone built on hallway.

Made by [epic]Cross, Nahu, and myself. 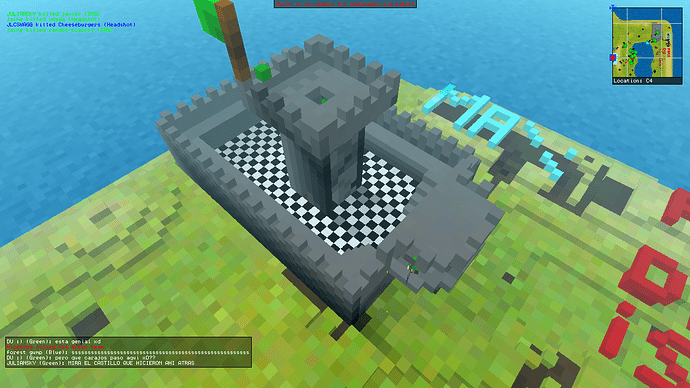 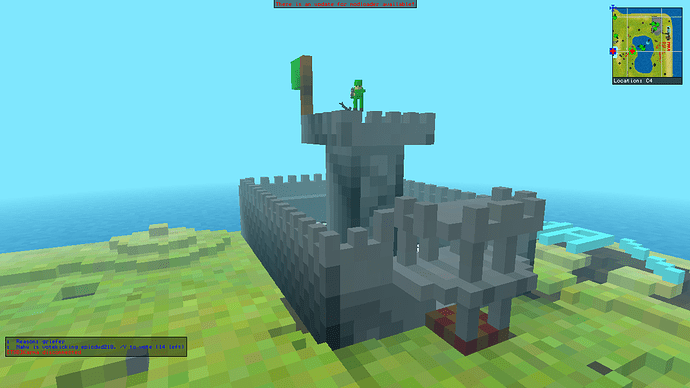 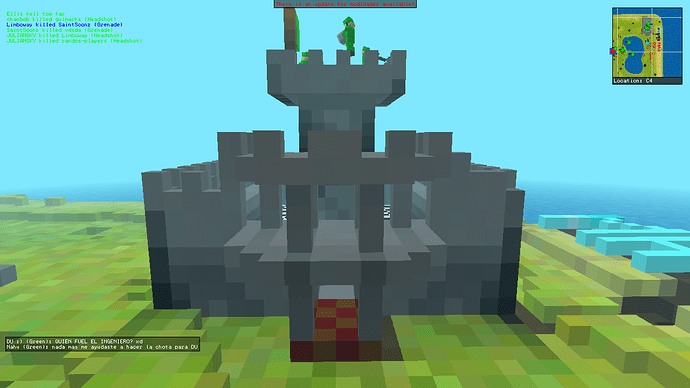 Here’s one I made…

Nou
People are noobs and are posting pixel art

I have yet to be involved in building anything on any server in the last few weeks >.>

That Bell Huey…no pixel art. If you wanna see pixel art, look at my majhost.