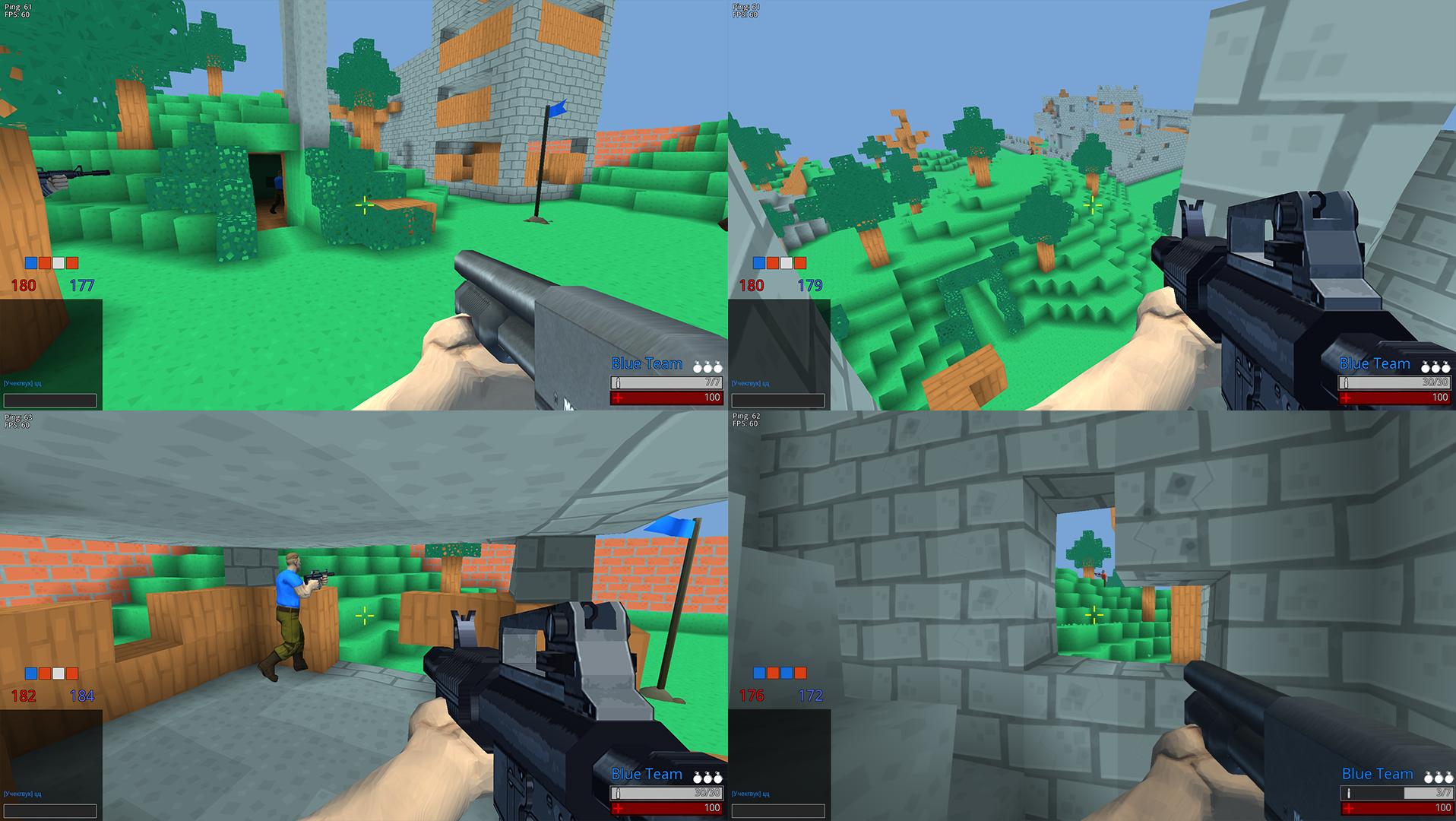 Hi all! I am making voxel shooter like Ace Of Spades (classic) with some Battlefield-style features (like sqads).
This is very early alpha version. Many features not exists.
Server supports up to 64 players (maybe more

Team
RevenantX(this is me) - All code and shaders
Extruder - Art
ResThoughtless - Art
We are looking for cool UI and/or Weapon designers.

I want test server load. And listen to your feedback about game. Propose new features that you want to see in new versions.

Ooh, interesting. Looks like the graphics are low enough to be playable on a majority of computers.

Ooh, interesting. Looks like the graphics are low enough to be playable on a majority of computers.

I’ve tried this before. My laptop/desktop hybrid can’t run it xd

Looks pretty cool.
Like a mix of AoS and CoD/TF2.
Me likey.

Um, is this still being worked on? This looks epic!!