Not only does he mute for language, he mutes people for cheering on the opposite team. And when you question him why, he get’s really angry and mutes you. I find that extremely unfair and uncalled for. However, this isn’t the worst part:

And he has favorites as well, for example, when someone is swearing and is angering other players - when froelich131 doesn’t mute them - sometimes a votekick is cast, however, this is useless because Froelich131 cancels them. Every time, no matter how many players cast them. When asked why, all he says is that they need “a few chances” as in, they can do whatever they want because they’re good friends. I find this disgustingly unfair, I ask for him to be demoded.

And for those who disagree with me, please post a reasonable and readable reply.

Well, really I think you kind of need proof, This is one thing that a lot of people need, If you can get screen shots, or anything this could be useful, maybe you could talk to izzy to look into the logs to check, But Really this is just a useless thread really, because you have no proof their is really not a hard reason why he should get demoted.

But I really like the thread, It has good grammer and other stuff and it is all around perfect thread. But because you have no proof, you will probally get dismissed, I don’t dissagree with you, I don’t agree with you either, It’s just that you need proof to make people convinced that he is really abusing his powers. So get proof and you could make them believe that he is abusing. But right now I don’t agree or disagree.

I 100% disagree with you. Froelich131 is a great pinpoint moderator from what I have seen of him, and he only mutes people for OVER THE TOP rudeness, as do other admins.

Not going to lie, I have made unfair calls, made favorites, and made many mistakes. This bears on me heavily, as I feel like I’m directly hurting all of aloha.

Point is, I’m sorry and I’ll work on being more fair and such.

But I will assure 100% that anything ‘fishy’ in the records I can explain fully.

“Not only does he mute for language, he mutes people for cheering on the opposite team. And when you question him why, he get’s really angry and mutes you. I find that extremely unfair and uncalled for. However, this isn’t the worst part:”
I like to point out that I never mute out of anger, or anything. I step away or just leave if I do get angry. I do not mute for cheering on the opposite team either.

As to what should be done:

I want a admin to please look into any time me and QuickWolf have been on together, and look for proof, as he isn’t nor am I able to.

Froelich has been playing for god knows how long.
He’s also been a great mod. Whenever a griefer’s around, he kindly asks them sot stop griefing before stop-building them.

All the times I’ve played with him together, he’s been pretty chill but still does his job as a mod.
Now I’m not saying that he’s perfect or anything. Sometimes I feel he’s not being strict enough or other times he’s lax about griefing.
But overall, I’m going to vouch for Froelich. He hasn’t made any really rash calls, and his decisions are generally very reasonable.

I often play pinpoint 6 hours a day and Froe is a very fair and just moderator.I do see him mute people, but that is only after they have spent more swears than they do bullets. I call shenanigans on QuickWolf
http://s3-ak.buzzfed.com/static/imagebuzz/terminal05/2012/2/6/23/lies-i-call-shenanigans-27161-1328589889-226.jpg 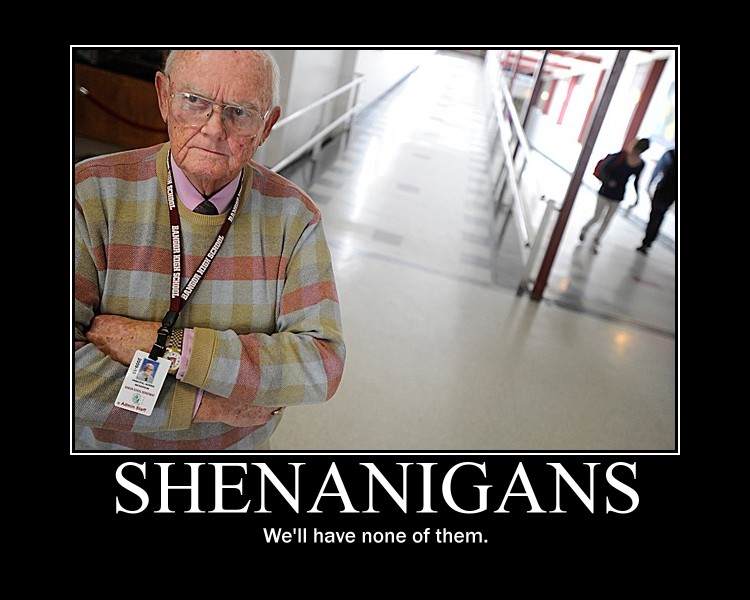 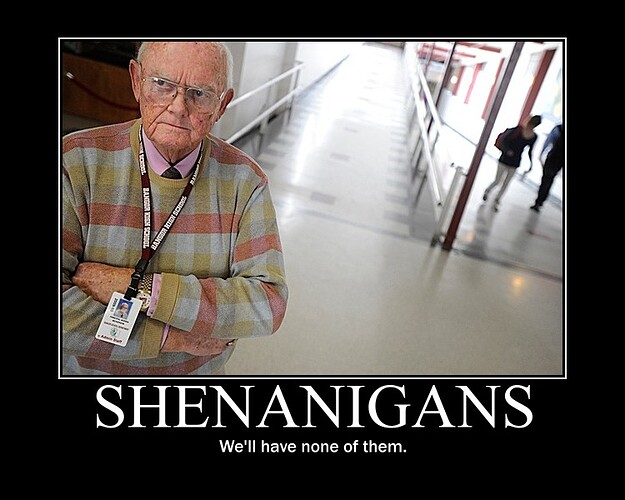 Even if he did do it, (which he probally didn’t) He should still get a second chance.

hi Wolf, thanks for posting. i too prefer an environment where everyone is allowed to say whatever they want. verbal warfare is just a part of gaming culture that can actually intensify the experience, especially online when things are heated and serious business. we are gamers after all, right?

however there are some situations when certain behavior cannot be tolerated, such as hateful extremes targeted at individuals or groups of people by means of racism, ageism, sexism, and so on. overall i do think we should cut back on muting and only use it for said extremes and of course excessive spam.

as for Froe, this is the first time i’ve heard anything negative about him. i’ve only seen the good; he seems to put fair decisions into action more often than not and tries to do better by his mistakes. can’t really ask for more than that.

anyway, your concern is appreciated. in the future please try to provide more details, specifically names of those involved, date/timestamps, and server of occurrence. hope to see you on the servers again!

Froelich is a good Moderator, if you ask me. He’s mainly on around the times when I’m on, and he does his job well. A Moderator that actually does his job doesn’t mean that he’s annoying. It just means that you clearly do not follow rules. I’ve never seen Froelich abuse his powers, either, so I don’t see why you’re complaining. Froelich is a really good Moderator, and that’s my opinion given. Also, some kids around the ages of 8-9 years old play on Ace of Spades. They don’t need to have people cussing them out for not being as “MLG PR0” at the game as they are. Life is life, and you gotta live with it. Free speech is only given at certain times, but what’s the point of free speech if you don’t have freedom of thought?