Aloha.pk is one decade old today 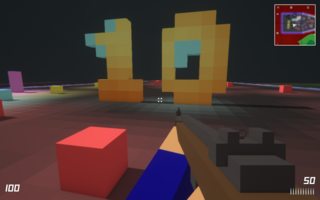 aloha.pk was registered 10 years ago today on February 14, 2011. wow. :o i can’t believe how fast time flies. at the time, it was rare to experience peaceful gaming communities that respected everyone fairly and recognized people for good behavior. too often i’d find myself involved with communities that had power-tripping know-it-all admins or bullying environments where carelessness was the road to popularity & power - and i had enough. i wanted a place where “hardcore” gamers (like myself at the time) could have a lax but serious gaming environment with roots of sincerity, respect, fairness, positive reinforcement, giving credit where due, etc. you know, the good ol’ raw human stuff like how we’d treat friends & family in person, essentially “aloha” by definition. that’s why… aloha… player killers. 8) and so as the story goes, on one lonely Valentine’s Day in 2011, aloha.pk became an existence on a mission to bring together respectful gamers from anywhere in the world.

over the next 10 years all of our lives inevitably will change, but aloha.pk will still be here one way or another. we intend to continue our support for Ace of Spades and Minecraft as long as people want to play them. we’re also aiming to expand our reach into other unique/interesting/creative games, technologies, and activities. please always feel free to share your finds & interests, maybe we’ll be interested too and we can dream and build cool stuff together!

in the nearish future, web changes are planned that will help the community’s social aspect grow, with the ultimate goal being to provide better recognition to everyone who contributes their time & effort. this community is where i met some of the most kind, smart, genuine, and interesting people that i know (friendships for life?) and with the right balance of careful thought and change i believe we can all have more of those kinds of connections.

regardless if you joined today, 5 years ago, or 10 years ago, this is probably still relatively early for aloha.pk. so aloha/welcome, and mahalo/thanks for all your past, present, and future time & effort. a decade ago i couldn’t have imagined a community as special as this and i know all of our combined efforts are the reason it became what it is. i am grateful. <3

This is a great articulation of aloha and what it means to be part of here. Here’s to another 10 years, aloha!

Absolutely insane, kudos to everyone!

Extremely well said! Here’s to another 10!

Good write up Izzy. Nice seeing the history on on aloha first started.

I can’t believe how the years have flew by. I started playing AoS on aloha exclusively in late 2012 (seems just like yesterday sometimes)

I’m excited to see what changes are brought upon us in the future and hopefully we can continue to build an everlasting community.

regardless if you joined today, 5 years ago, or 10 years ago, this is probably still relatively early for aloha.pk. so aloha/welcome, and mahalo/thanks for all your past, present, and future time & effort. a decade ago i couldn’t have imagined a community as special as this and i know all of our combined efforts are the reason it became what it is. i am grateful. <3

really enjoyed reading this post - been a long time since i’ve been here, but i wanted to express gratitude to this community. i grew up with one parent, who was mostly absent from my life, and the aloha forum and AoS servers served as my home throughout my teenage years. without a doubt – the trust, respect, and friendship i was given here was more formative to both my career and persona than anything else in my life. it was because of aloha that i learned to handle responsibility, treat people with mutual respect, and also learn to code early in my life, which gifted me a career. nothing better than seeing this forum still buzzing. it’s been a while since i’ve signed in, but i think of this place and my memories here often. thank you.

thanks for the kind words everyone. you guys are inspiring. it amazes me how long we’ve known each other and how much has changed, and how it all still feels like yesterday (indeed shywolf). i’m glad you all & others are still around even if we’re not always around if that makes sense.

PXYC, so good to hear from you. thanks for sharing. you seem to be doing well, i’m happy for you. glad to know aloha had a positive impact. that alone makes a decade worth it. i still remember beta testing your waterfrontv2 map with you… climbing all over the crashed airplane. fun time & fun map, cutting edge at the time.

izzy you’re a legend! So good to see this community is still going strong!

I joined babel today for the first time since 2015(?), had so much fun building a spaghetti monster, and within minutes I felt that love again that I had for this game and for this community so long ago. Well done team for keeping that spirit alive!

Drebbel wow, there’s an old name! i’ve wondered how you’ve been doing over these past years. really good to hear from you, you’ve been missed!

All good, my move to NZ has put my life literally upside down

I miss the days where I could spend all my time on here, but not going to complain, life in NZ is pretty awesome.

I had a bit of time these days so thought I’d check if babel is still going, and man so great to see it hasn’t changed a bit. I tried joining the discord server but it didn’t let me for some reason.