Important links:
http://www.reddit.com/r/Agario/ (for news type stuff or whatever nerds do here)
http://pastebin.com/raw.php?i=kXQDhQEr (for special “easter egg” skins, put these as your username)

can you change keys in that or nah?

I was doing good until the top person and third person decided to pin me in a corner.

EDIT: I dislike being small and delectable. 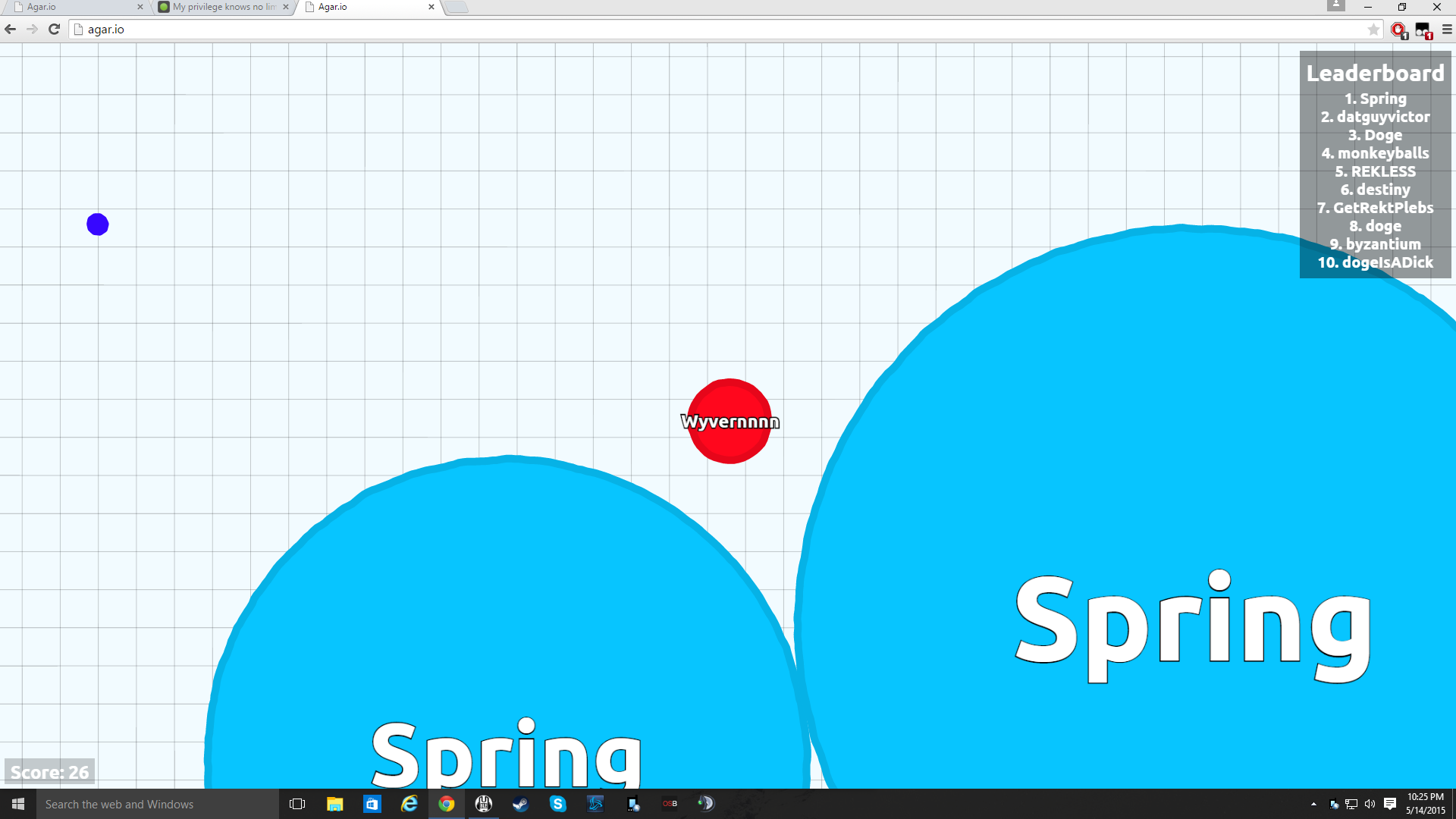 Screenshot courtesy of Wyvern, I got up to ~7000 mass then the server crashed

I believe I saw you while I was playing, AWG

I can’t say I didn’t find the game fun, because I played it for like 7 hours straight last night lol. It was a lot easier once I made an ally with some random guy. Then if I died it took a lot less time to get back up to useable mass. I definitely enjoy messing around with the first place guy and bursting his bubble. 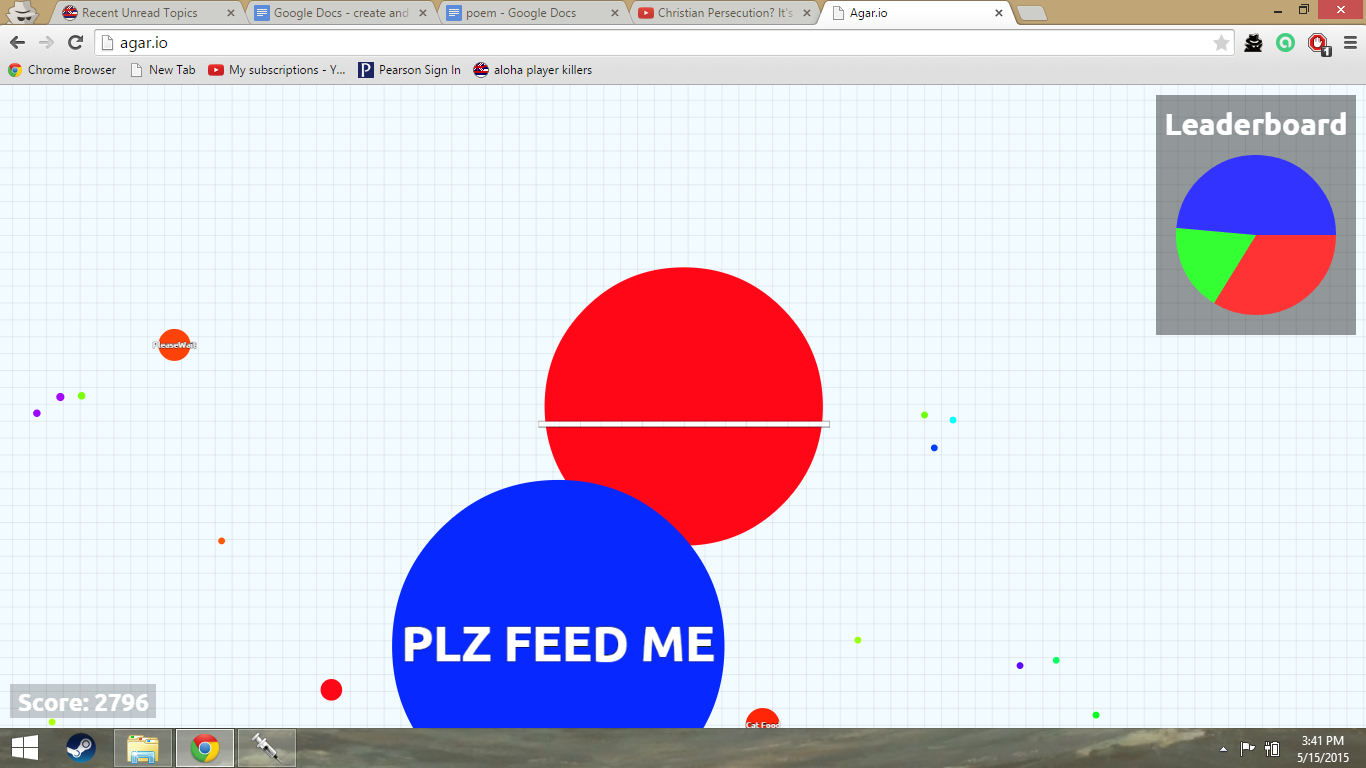 My Best on teamgame

http://i.imgur.com/miNN8Li.png
My Best on teamgame

Welp, I died after a massive teammate exploded from a virus near a somewhat large enemy. Both of us got swallowed

The controls aren’t very responsive and it can get annoying. WASD + Mouse for aim would’ve been 100x better.

Yeah, the lag kills it. The developer is still active so there’s potential for enhancements and improvements.

That leaderboard in the first pic. :')

And in the 2nd pic there's always that one guy that is #1 on the server and just floating their gluttonous selves around lol. 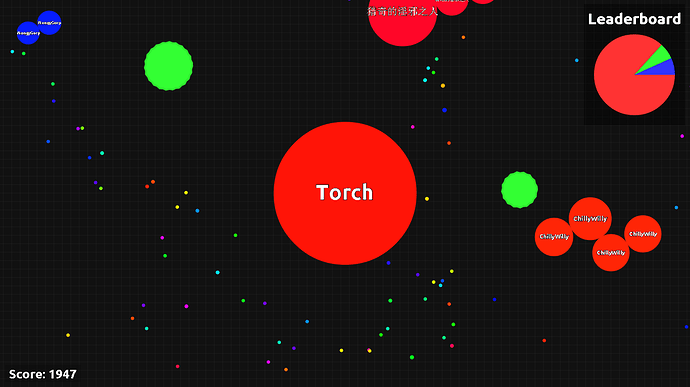 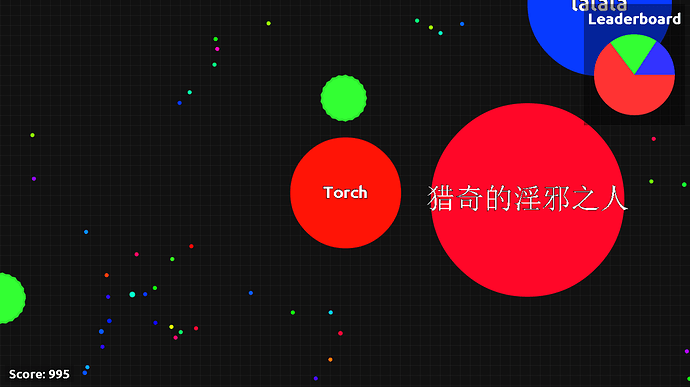 this game is pretty terrible. currently it’s rather luck based if anything. also many teammates can’t into team play :o

If you’re having trouble with the game, urr, just hide behind the viruses, and when you’re big enough, you can shoot the viruses with w to make them grow and spread which will deflate bigger one if it hits. I don’t think it’s luck aside from maybe encountering a really dumb or new player.

There was a tampermonkey script that changed the controls from mouse to arrow keys, but I can’t find it.

saying something is terrible != not knowing how to play it

The game is a gem. It needs chat and more maps / bigger maps / a line on the map boundary / etc. WASD is a must for anyone above a casual farmville gamer. Also I want a way to pause to answer skype messages or go to the bathroom. The developer should add a way to save your progress and come back later (even leaving and coming back later) if you wait like 10 seconds without anyone interacting with you. Also, an actual server list so you can coordinate joining with friends would be nice. I hope he adds more gamemodes too. Something like territory control or ctf could be fun. A class system would be fun too. You could have a “gunner” class which lets you shoot blobs at enemies (using up your mass) and lowers theirs (would be useful in teams so you could help out a friend under attack without giving him a bunch of your mass). A runner class where you could dash twice per life or something without splitting. Another warrior class where you can’t get mass from the dots around the map, but instead you start off at like a mass of 50. A passive class where you can only get mass from the dots on the map but they are twice as effective or something. Would be helpful to have one of those on your team to get ridiculously big and then shoot their mass into warrior class allies. Etc… etc… basically I hope this game gets a lot more depth even though the simplicity is tons of fun as it is.

I was hoping someone else would post, so I wouldn't double post, because I'm too lazy to do a second edit, but oh well.

The first screenshot is the most dominating I've ever had on a team. It was cyclic though. I think a couple newbies got "rich quick" and then ended up losing most of it to blue/green and we ended up going to third.

The second screenshot shows my personal highest score of 4097  8). Someone should see if they can beat it. The problem is when you get that high of a score your mass drains ridiculously fast, so you'll go from 4000 to 3000 within a minute if you don't get a ton of kills. 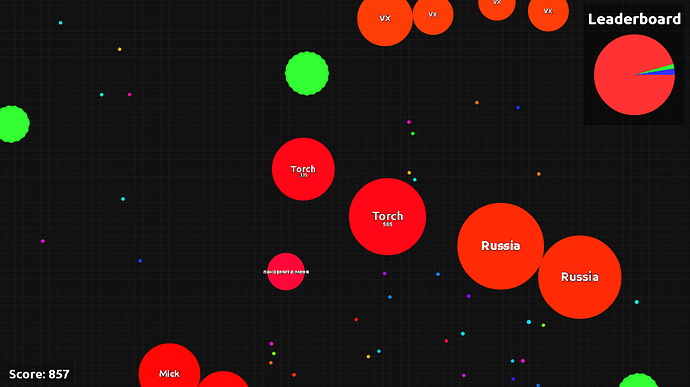 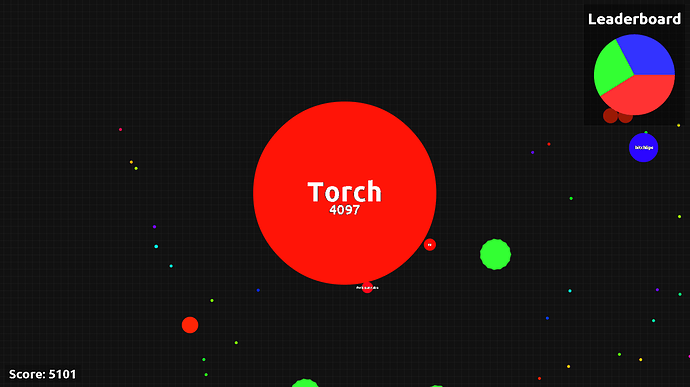 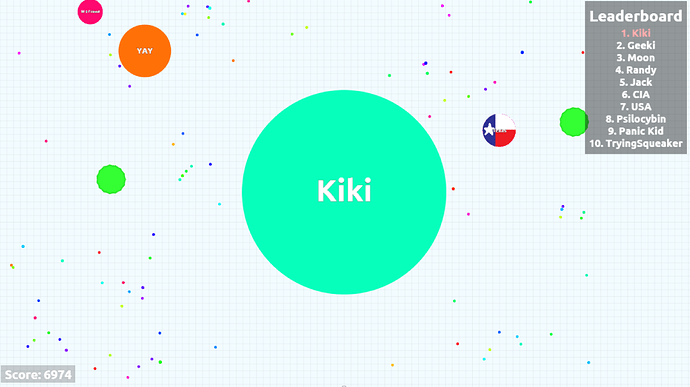 Btw, there is also a script that reveals the different region servers, and another one that generates an IP and allows you to enter it.

I don’t really like using the left hand for movement when the other controls are on the left side too. Besides, I kinda like the mouse movements.