Sometimes on a server there will be 5 or 6 AFK people on a single team. Often, they have never killed anybody the whole time. Not only are they not contributing, they are preventing other people from joining, and it can make the teams unbalanced and generally less fun to play.

My idea is that instead of a hard-to-pull-off votekick, there is an extra command like /AFK. The player would be notified multiple times, and all they have to do is press any button or move the mouse to avoid being kicked. The time they have could increase with the number of kills they have. This would improve the gameplay a lot, as everyone on a team would be contributing.

Too bad I don’t know how to implement it…

cool idea but probably more complicated than it’s worth. there’s already a working afk kicker that kicks players who don’t do anything for 10 minutes by default. we could just enable that but the default is too quick for my tastes… sometimes i like to go afk for a bit and immediately jump back into the game when i come back. i realize that can be annoying for other players though, so i guess we should enable the afk kicker to make them happy. think 30 minutes is too long?

I realized that my request was way too specific and not really workable. Any afk kicker at all is better than a votekick, and should keep the teams more equal (and more fun). I do think half an hour is a bit long, but I’m not an admin

The script has been added to the configuration files of the Aloha servers to allow them to kick someone if they are AFK for more that 5 minutes. This allows more people to actually come onto the server that actually play. If you ask me, this script is quite useful.

Hmmm…not sure if this is workable, but let’s do something like this:

This way, people who just went to count pennies or grab a bite won’t be mad when the get back.
At the same time, it’ll reduce the problem with team balancing (though total server count stays the same).

Well, the problem with people being AFK is the fact that other people can’t play when they want to. Even if the AFK person is moved to the Spectator Team after 10 minutes doesn’t mean that the slots for the server are open, which is the biggest problem in this situation.

Exactly. And in the end, they’re the only person standing and everyone on the opposite team is looking for them.

This. On CTF maps, afk players aren’t too much of an issue. One or two are darn near unnoticable in the scheme of things. On LTS, however, one player can often mean the difference between a win and a loss for either team. As well as this, the spectating function allows for dead teammates to be constantly reminded of their idle friends, and more often than not they attempt to votekick them. If those players were to return quickly, they would find themselves banned from the server. I don’t think this is fair to the idle player or their teammates. An overly active kicking mechanism would alleviate this issue, and prevent bans where only kicks are necessary.

In pinpoint the number of afk players determines the game, you cant really rush when you have 6 afk people. Imagine a football game with 6 people just standing in one spot. 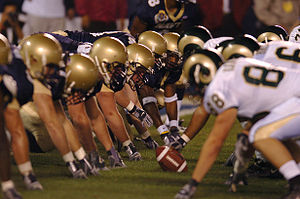